What is the 10 Second Rule in Basketball? 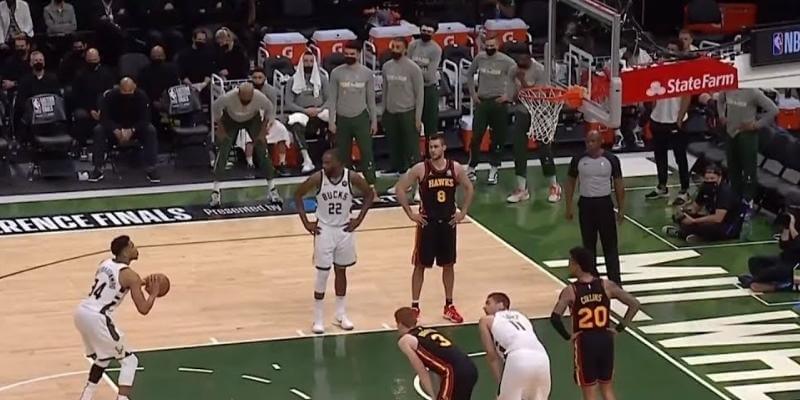 There are many rules in the game of basketball. Most spectators, both casual and more serious, will experience a good number while watching a game. However, there are a few subtle rules that don’t show up all of the time. That includes the 10-second rule.

The 10-second rule is a small-but-important violation that only comes up every now and then. Still, it’s an integral part of the game. This article explains why that is, as well as the history behind it, below.

In basketball, there are two different 10-second rules. Each one is used for a slightly different situation, but they are both extremely important in terms of making sure the game runs as smoothly as possible.

The first one occurs during a free throw. In the NBA, a player has 10 seconds to shoot the ball when standing at the free throw line after they get fouled. If they do not put the ball up in those 10 seconds, they get a violation and lose the ability to shoot their shot.

There’s a bit of leeway with these 10 seconds, and it mostly never comes up because most players shoot long before the clock runs out. The only two who are known for taking the full 10 seconds are Dwight Howard and Giannis Antetokounmpo due to their long routines.

Beyond the free throw line, which rarely comes up, the more common 10-second violation is the backcourt rule. Here, a team has 10 seconds to bring the ball across the mid-court line. If they do not, it results in a turnover.

This rule was the standard for all basketball leagues from the game’s inception until 2000. At that time, the NBA changed the time from 10 seconds to 8. FIBA also went to 8 seconds one year later in 2001. However, college and high school are still both 10 seconds.

This rule is something you won’t see much during a regular game, but it can happen during the end of regulation when there’s a press or tight defense backcourt. If a team gets flustered or spends too much time trying to get by the defense, they may get a violation.

Press rarely happens in the NBA. When it does, most teams are skilled enough to get around it. Those reasons are why the two biggest basketball leagues switched from 10 to 8 seconds. It helps put more pressure on the offense and creates a little extra tension at the end of the game.

Why The Rules Exist

Both 10 second rules are in place for the same reason: to keep the game moving. Basketball is a fast-paced, exciting sport with a lot of action. There isn’t a lot of downtime, and even when things slow down they’re still moving quite quickly compared to other sports.

If teams could take a long time to bring the ball up the court or take extra time when shooting free throws it would lead to long pauses in action. That would lead to a much less interesting experience. By keeping a clock on things, nothing ever gets too slow.

The 10 second rule is not something you’ll encounter a lot when watching or playing a game, but it’s something you definitely need to know. Understanding the way the rule works, as well as why it exists, will make you both a better player and spectator.