What is AAU Basketball? 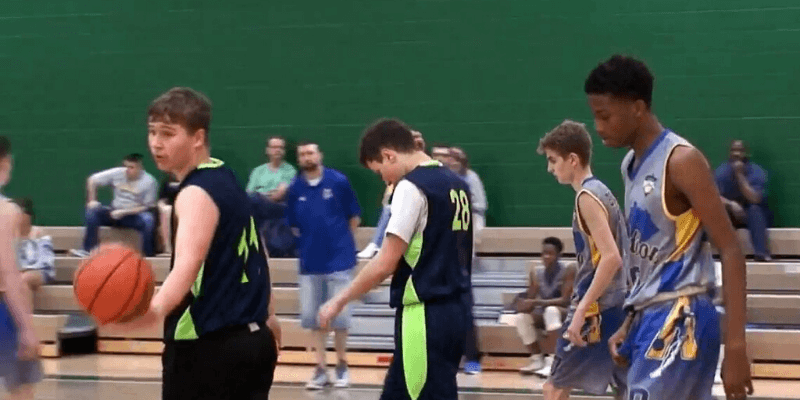 If you have been around the game of basketball as a player, a coach or a spectator, you have probably heard of AAU Basketball. You will often hear about many college and NBA players who played and dominated in AAU basketball.

Players such as Kobe Bryant, Kevin Durant, and Lebron James played AAU basketball. In fact, the majority of NBA players have spent at least some time playing AAU basketball. The exception to this rule are usually international players who did not grow up in the United States.

History of the AAU

The American Athletic Union (AAU) was started back in 1888. It was founded by James E. Sullivan with the goal of creating common standards in amateur sports. The AAU oversees national championships of most amateur sports including basketball, and was also a leader in international sports and they have been the representative for the United States in almost all international amateur sports federations.

The AAU has also had a history of working closely with the Olympics. They were crucial in helping prepare amateur athletes for the Olympics. As part of their involvement, they introduced the AAU Junior Olympics in 1949. The Junior Olympics were created for athletes in certain sports from ages 8 to 16 and many top athletes have appeared in these games which still take place annually.

Not long after basketball was invented by James Naismith in 1891, the AAU took oversight of amateur YMCA basketball. The AAU held its first Men’s National Basketball Championship in 1897 which was won by the 23rd Street YMCA from New York City.

In 1926 the AAU held its first women’s basketball tournament. The first women’s tournament started with six teams and was played at the Los Angeles Athletic Club. The Pasadena Athletic & Country Club Flying Rings won the tournament.

In the 1970s the AAU began receiving criticism for some of its outdated practices and the fact that it still did not allow women in some sports. The AAU also started to lose influence in the Olympics when the Amateur Sports Act of 1978 began to organize the United States Olympic Committee and independent associations called national governing bodies were created for each Olympic sport.

AAU basketball as well as the AAU as a whole, has regained strength and popularity for young athletes. After the Amateur Sports Act of 1978, the AAU started focusing on providing sports to all participants of all ages and came up with the motto “Sports for all, forever”. The AAU now has almost 700,000 participants and 150,00 volunteers.

AAU basketball is a league or organization in which independent groups of amateur players form teams to compete in tournaments that are governed and run by the AAU. These are organized teams that are separate from and have no affiliation with any schools. They really can be made up of any players that want to get together and be on the same team.

The AAU allows boys and girls to play in different age groups from ages 7 to 19. Although there are tournaments played throughout the year, the main AAU season normally goes from February (just after highschool basketball season ends) to July. There are tournaments for every age group and each can qualify for the national championship tournaments.

Why Do Players Play AAU Basketball?

The AAU has produced many talented players and despite its good intentions, it has not been without scandal. In the 1980s they began working with apparel companies and accepting shoe deals which lead to corruption within the AAU. Some also felt that many of the players were no longer playing fundamental basketball.

There has been quite a bit of public criticism of the AAU from NBA coaches and players. Steve Kerr, Kobe Bryant, Gregg Popovich, and Charles Barkley are just a few who have less than complimentary things to say about the AAU.

One of the big criticisms of modern AAU Basketball is that winning and exposure for certain players and coaches is more important than teaching fundamentals. Some teams rarely practice, try to stack their team with the best talent they can find, and then just go to tournaments. Tournaments usually consist of 3 to 4 games a day, which also leaves little time to practice when they are together.

The AAU has also suffered from bad coaching. In order to win, many teams use constant full-court press and zone defenses. Critics say that this creates chaotic games of just running up and down the court with little passing, no play-calling, and an overall lack of fundamental basketball.

Much of the poor coaching comes from the fact that anyone can be a coach in AAU, all they have to do is start a team and appoint themselves as head coach. There are no certifications or approvals needed. You will often find coaches who are screaming and yelling at their teams with little positive instruction, which is not really good for any young basketball player.

Probably the greatest advantage over playing high school basketball is that you can play on a team that is full of very talented players. You are not dependant on what high school you go to and what other players are in your school district. This allows scouts and evaluators to see how a player performs when they are surrounded by other talented players.

It also creates better competition to play against. High school teams are lucky to have 1 or 2 elite players if any at all. AAU teams are stacked with talent, which allows scouts to better evaluate players against stronger competition. And when it comes to scouts, AAU tournaments give players great exposure to the many scouts and talent evaluators out there.

By getting greater exposure to college scouts, the AAU also provides opportunities to get scholarships. Many talent evaluators who aren’t willing to visit small schools or travel to rural areas, will go to AAU tournaments to scout talent because they can see so many elite players all playing on the same weekend, in the same place.

For many of the good talented players that think they may have a future college and NBA career, the positives of playing AAU basketball, far outweigh the negatives. Because of this, the AAU continues to be one of the major stepping stones to becoming a professional basketball player.

If you would like to find out more about the AAU and AAU basketball take a look at their website.

AAU basketball has many advantages over playing in high school and other school basketball leagues. It gives players much more flexibility in what basketball team they play for and AAU tournaments are a great place for young, up and coming basketball talent to showcase their skills. The AAU is a place where many great basketball talents have been and will continue to be discovered.

What is your opinion of AAU basketball? We’d love to hear from you.