What is an “And One” in Basketball? 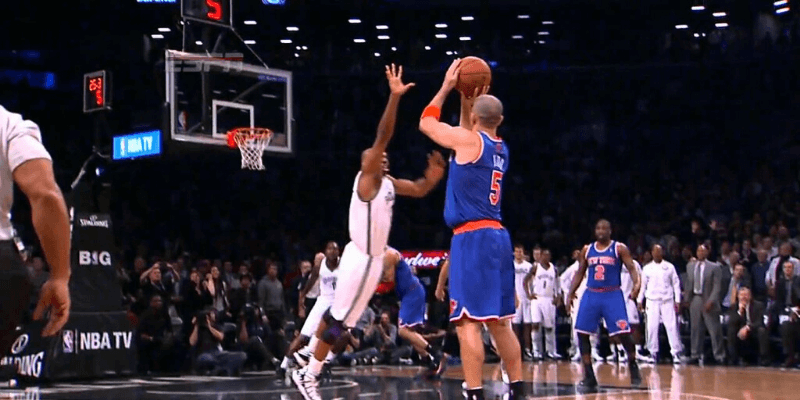 The “and one” in basketball is an exciting play during a game that can single-handedly swing the momentum for a team. There have been countless times while watching a basketball game where my team is down a few points and needs a boost and, while they can get a boost from a number of different plays like a three-pointer or a dunk, they get an “and one” to grab the momentum from the opposing team. Sometimes an “and one” incorporates a dunk for effect.

But what exactly constitutes an “and one”? And what kind of skills does it take to convert an “and one” in a game? We will take a look at all of this and more in this article.

And One: The Basics

The and one play in basketball is when an offensive player takes, and makes, a shot while being fouled by a defender from the opposing team. The reason this play gets the nickname “and one” is because when you are fouled and make the shot, you are awarded only one foul shot instead of the two (or three) when you are fouled mid-shot.

Recently, and one plays have been great highlights from games because of the advances in modern technology. The game’s broadcasts are higher quality picture and sound and the players are often heard yelling things during televised games. One such phrase that players love yelling is “AND OOOOOONE!”

Converting an and one takes several different skills and strengths and the and one play is a skill in itself. And one plays display basketball tools of very talented players:

The type of body movement necessary to succeed makes it a total-body sport. Converting an and one requires even more strength than normal as you are trying to make a basket while also being fouled by a defender. Let’s say your whole body gets knocked off track leaving only the strength in your hands and arms for getting a shot high enough to reach the basket.

You can practice the sport all you want through different contact drills, but you simply can’t prepare yourself for the punishment you take when you drive to the basket. Now add making a shot while getting fouled and you can only marvel at the talent.

Making a shot in basketball relies on accuracy from a shooter and great hand-eye coordination. You are taught that the most successful way to make a shot is to be sure and square your feet and body to the basket to ensure the best possible chance. The slightest difference in your body or feet positioning can be the deciding factor for a make and a miss and could only be determined by inches at most.

Now imagine getting hit hard, either in your body or on your arm, mid-shot and having to still aim your shot towards the basket in order to convert the shot. When you get hit by a defender your body can shift in undesirable positions and you may only be able to rely on your arms to shoot the ball accurately. This skill, along with strength, is what makes these shots so tough.

Drawing a foul on your defender is a great play in itself on the basketball court. You are able to add a foul to their total, of which they only get 5 total in amateur levels and 6 total in the NBA, and you get to take two foul shots for your team. An and one takes it another step as you are drawing a foul and staying with the play long enough to make an even tougher shot after getting hit.

Sure you could simply be happy with being able to draw a foul and take a trip to the free-throw line for some easy points but you took it a step further and didn’t quit on the play until it was completely over. That is the epitome of determination.

4-Point Plays: The Ultimate And One

An and one usually entails a player going to the basket and getting fouled while taking either a layup or a shot relatively close to the hoop. Essentially, most and ones are three-point plays (as long as you make your foul shot).

There is another level to an and one that is extremely tough to convert and that is drawing an and one on a three-point shot, or a 4-point play. Former NBA sharpshooter Jamal Crawford was the king of the 4-point play and actually holds the record by a large margin of most 4-point plays in NBA history. Here is a list of the top 5:

As you can see, Crawford has a big lead on the next player, JJ Redick who is at the tail end of his career. Due to the fact that Reggie Miller and Kobe Bryant are retired and Redick is nearing retirement, the most realistic person that may be able to catch Crawford’s record is Steph Curry and he is currently way behind schedule to catch him. This is an interesting stat but a skill within itself and one that Jamal Crawford perfected during his NBA career.

Perhaps the greatest and one and 4-point play combined in NBA history happened in the 1999 Playoffs in a game between the New York Knicks and the Indiana Pacers. The game was at the mecca of basketball, Madison Square Garden, which led to even more of the mystique behind the shot.

It was Game 3 of the 1999 NBA Eastern Conference Finals during a lockout shortened season that found the underdog Knicks one series away from the NBA Finals as an 8-seed in the playoffs. The Knicks were down three late in the game when Johnson got fouled on a three-pointer. To make matters even more dramatic, the three went in, which led to one of the coolest images of “The Garden” erupting in cheers.

Even though Jamal Crawford holds the record for most 4-pointers ever, Larry Johnson’s 4-point play in MSG probably holds the unofficial record for loudest ever.

So there you have it. The and one is a play that always excites fans and teams alike. It can be the boost that your team needs to get over the hump and take hold of the momentum of the game. It could be the play you need to break out of a shooting slump with a vengeance. It can be one of the greatest plays in your franchise’s history. One thing it always does is give you something to cheer about.

Have you ever scored an unforgettable and one for your team? Maybe you were at a game where your favorite team needed a big play and got an and one? Let us know about it below!