Does Anthony Davis Have Kids? 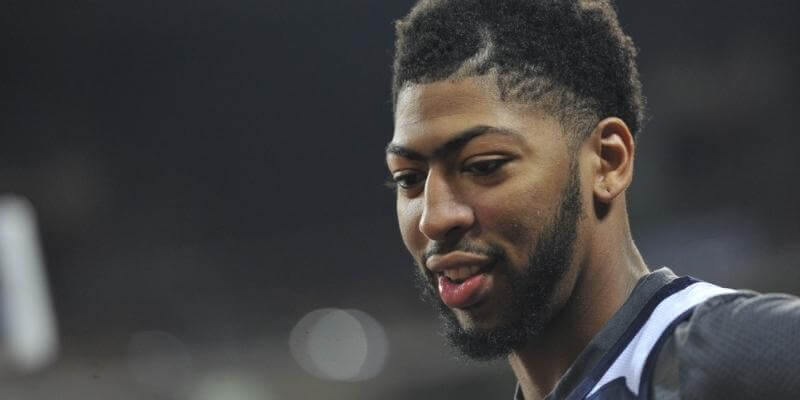 Basketball fans all know what Anthony Davis can do on the basketball court. The 8-time All-Star and member of the 2020 NBA Champion LA Lakers is a force on the court. His career stat line of 24 points, 10 rebounds, and 2 blocks are almost unrivaled. Davis, or The Brow as he is so aptly nicknamed, is a first-ballot Hall of Famer.

But while he is notorious on the court, many don’t know a whole lot about his personal life. Questions like, “who is AD dating?” or “Does Davis have any kids?” may be bouncing around your head.

Today, we will dive a little deeper into AD’s personal life to see whether or not he does, in fact, have any kids. Enjoy!

Anthony Marshon Davis, Jr. was born on March 11th, 1993 on the Southside of Chicago. Davis is from an athletic family as his father was 6’3” and his mother was 6’1”. His sister played college basketball and Davis has several cousins who played professionally overseas.

Davis was recruited heavily out of high school and ultimately chose Kentucky as his school of choice. He excelled in the year that he was there, leading the school to an NCAA Championship.

Davis was the #1 overall pick of the 2012 Draft to the New Orleans Hornets (who changed their name to the Pelicans a year later). Davis played for the Pelicans for seven seasons before heading to LA to join the LeBron-led Lakers.

In just his first season in LA, Davis and the Lakers won the NBA title. The season will always be remembered by COVID. The NBA postponed the season in March and picked it back up in the summer of 2020 in The Bubble.

Davis keeps his love life under tight wraps, although there is some factual evidence that AD dated WNBA star Britney Griner. Griner was married to her partner, also a WNBA player, Glory Johnson, and started dating Davis after the two divorced. In an interview, Davis confirmed his relationship with Griner and the two seemed pretty serious. The pair eventually broke up.

In 2016, Davis met his now-wife Marlen P and the two started dating. The couple has seen their ups and downs. Davis has been accused a few times of infidelity and the relationship was supposedly on the rocks due to Davis’ extracurricular activity. After the birth of their daughter and their recent nuptials in September of 2021, the couple seems to be going strong.

Does Davis Have A Daughter?

AD and wife Marlen P try very hard to keep their lives as private as possible. In 2018, however, Marlen P and Davis had a daughter named Nala. Davis’ then-girlfriend Marlen P and Nala were actually in the Bubble when the Lakers won the title, leading to an adorable pic caught of Davis celebrating with his daughter.

Davis and Marlen P’s daughter Nala is also kept private although Davis shared a sweet post on Instagram wishing a Happy Mothers’ Day to his mom and the mother of his daughter captioning the photo, “Happy Mothers’ Day to these Queens!” Lately, Davis has been sharing sweet moments of Nala dressing up for Halloween and at the new Space Jam movie showing.

Anthony Davis is one of the most gifted basketball players on the planet. On the court, it seems like sometimes he can do no wrong. Off the court, it is easy to see that Davis is a human, like the rest of us. Once Davis found Marlen P, however, it seemed like he had found his “person”. Their daughter Nala is a beautiful girl and seems to be getting more and more used to her daddy’s famous lifestyle.

Did you know that AD had a daughter before this article? Let us know how in the comments!