The Average Height of an NBA Player by Position 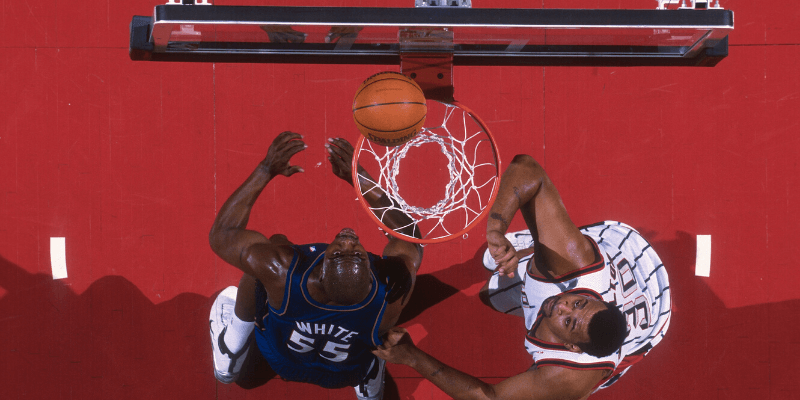 Basketball is a sport that’s dominated by very tall players. If you happen to be more than 7’ tall and you have the skills, you have 28% chances of making it to the NBA. However, not all positions are determined by the height of the player, some positions require skills and a high basketball IQ. Steph Curry is not the tallest NBA player, but his proficiency is noted in a basketball court.

Playing in this position is determined by the talent and skills of a player, not the height. Even though the height grew back to its initial peak over the years, the average height for a point guard ranges between 6’-6’3’’. Currently, the tallest point guard in the league is Ben Simmons with a total height of 6’10’’.

This is the position that has undergone much change since 1952. Previously, power forwards were the players who were huge. Their gameplay revolved around post-ups and rebounds, but as time passed, it changed completely. At the moment, power forwards are all about making three-pointers. Their 3PA (three-pointers attempted) per game has an increment of 327%.

Even though the gameplay of power forwards changed, there hasn’t been much change in the average height. Fluctuations in height are minimal because the average height has been maintained between 6’7’’ and 6’11’’. Another notable change amongst power forwards is the weight. In about four years, it decreased by about 10 lbs. Weight decrease resulted in gameplay improvement.

This is the position with the tallest players in NBA with some players’ heights going up to 7’5″. In 1996, the average height of centers was 7’ and this was the highest average height ever recorded in this position. Centers have a height ranging from 6’9’’ to 7’. Weight is the only notable change in this position. From 1996, the weight kept on increasing until 2014 where it peaked at 229 lbs.

Height Changes in The League

From the time when the league started, there have been a lot of changes in terms of height. Players started off with an average height of about 6’4’’ and the height increased with seasons. Coaches noticed that height gave players an advantage over their opponents, but after 1987 that mentality changed. A player like Magic Johnson wouldn’t be as popular as he is without a coach’s guidance. This emphasizes the importance of skills in certain positions.

Still, in the ‘80s, positioning of players was dependant on the height. It became clear that some positions required a substantial amount of height than others. Afterward, players started focusing on their overall weight and physique, resulting in slight fluctuations in the average height.

What’s The Minimum Height Requirement in The NBA?

So you have been dreaming about making it to the NBA, but you are not sure about the height requirements? Even though height is a huge advantage, players like Mugsy Boogs (5’3’’) and Earl Boykins (5’5’’) made it despite being below 6’. You can use the listed data to gauge your height depending on the position you usually play.

Players occupying different positions have different heights. Point guards are the shortest players in the league, but the skills they possess are top-class. NBA players who play along the wings tend to be bigger. This is clearly seen by the average height of small forwards and power forwards. Centers are the tallest players in the NBA.

Apart from that, there have been major changes in the gameplay of NBA players that made the average height decrease. After 1987, players improved their athletic performance, but still maintained a height that was substantial for the NBA. Of course height is an advantage, but skills give you more leverage over your opponent.

If you have any thoughts or comments about the average height of NBA players, let us know in the comments below.