How Much do NBA Players Make a Year? 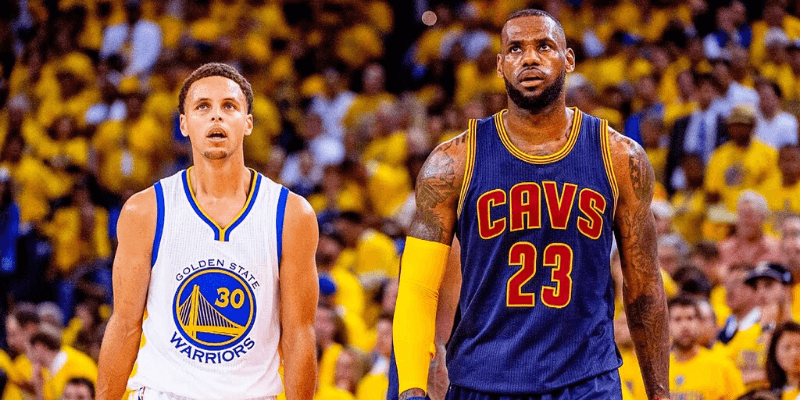 NBA players are some of the most paid pro athletes in the world. Pursuing a talent like basketball can be quite paying and thrilling if you put in the required effort. However, the pay differs from one player to another depending on the level of experience. In the 2018-2019 season, 11 players made at least $30 million per year from salaries.

The salary of a professional NBA player increases with every new season. A player like Steph Curry will be earning $43.7 million in the 2021-2022 season. On the other hand, newly drafted players are making a good amount of money. Everybody gets an equal share depending on the years of experience. Let’s take a closer look at this and know how much each player makes.

What’s the Average Salary of an NBA Player?

Normally, NBA players kick off their careers with a contract-based salary. In the recent 2019 NBA draft, the top player starts off with a salary of $9,757,440, while the last pick’s salary is $1,290,960. If you are a rookie and manage to get chosen in the first round, then your contract will last for at least four years. On the contrary, if you get chosen in the second round then your contract isn’t guaranteed.

One of the most lucrative contracts in the NBA is the supermax contract. It’s a contract designed to re-sign players instead of losing them. A player is paid 35% of the salary cap (a salary cap is the maximum amount of money an NBA player can be paid in a single year, and it is constant in every team). In the 2019-2020 season, the salary cap will be $109 million.

You’d be surprised to learn that some NBA players make more money outside the court through endorsements. A salary is not the only source of income for an NBA player. Bonuses and other deals may boost a player’s wealth. Lebron James makes about $53 million from participating in endorsement deals with 2k Sports, Blaze Pizza, Beats By Dre, Nike, and Coca-Cola. In 2006, Lebron partnered with Maverick Carter to launch a marketing and branding company named LRMR.

Lebron James didn’t stop there, he also launched a production company named Springhill Entertainment. Stephen Curry is another NBA player who earns more money from endorsements. Averagely, he makes $42 million from paid partnerships with Under Amour and Chase. Curry also partnered with a Japanese e-commerce company called Rakuten, which pays him $20 million to have its name on Curry’s Jersey. Rakuten also sponsored Steph Curry’s Underrated tour.

Kevin Durant makes about $35 million from endorsements, which is higher than his $30 million salary. He has good endorsement deals with Google, Alaska Airlines, and Nike. Durant has made money-making deals with media companies such as ESPN, YouTube, and Apple.

Probably, you’ve been wondering, who are the most paid players in NBA? Here are some top-paid players that do not come as a surprise because they have been performing quite well in the previous seasons.

Obviously, Steph Curry is a top-paid player. At the moment, he is signed on a 5-year $201 million contract, and his salary appreciates every new season.

James Harden is in the first season of a $169.3 contract with the Houston Rockets. The contract is valid for four years.

Brooklyn Nets gave Durant a four-year contract that is supposed to add $163.8 million to his personal wealth.

Currently, Lebron James is in the second year of a four-year contract that he signed with the Los Angeles Lakers. He signed a $153 million contract.

Lowery is in the last season of a $100 million contract that was supposed to last for 3 years.

Griffin was traded to Detroit Pistons after securing a $ 172million contract with the Clippers.

Same as Blake Griffin, this player too was traded from the Clippers. He signed a five-year, $180 million contract with Philadelphia 76ers.

If you have any insights that you want to share with us, let us know in the comments below.