4 Best Anime and Manga about Basketball 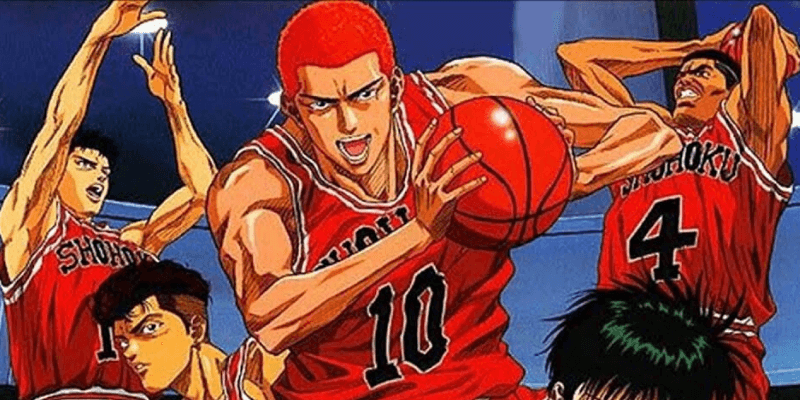 If you are someone of the Asian persuasion like me, then you can appreciate the legendary art form of manga or anime. Even if you’re not from the east, and just a lover of basketball, you will still get some entertainment value from these anime.

There are hundreds of new manga released every year, and the sports genre gets its fair share of fandom. One great thing about following a manga/anime series is how small of hard drive space it takes up. You can easily fit 2 or 3 seasons of your favorite anime in a single flash drive. As well as a whole mess of manga to read on your phone.

Now you have something to keep your mind in check while you are off the court. We’ll give you a couple of great titles to start on your anime journey.

The Difference Between Anime and Manga

Simply put, anime is animated and is to be watched. While manga is similar to western comic books, where the story is told through graphic novels with hand-drawn panels and chat bubbles.

My personal favorite, “Kuroko no Basuke” (Kuroko’s Basketball), a new age anime that seems to be on everyone’s list. For good reasons of course, besides an entertaining cast of characters and terrific animation, the series is backed by anime and manga-heavy hitters.

The series was available on Netflix, which is a big reason why the series has re-spiked in popularity. I won’t get into the specifics of the plot, but what I can tell you is that the individual journey of each of the characters is endearing and relatable.

The way Kuroko no Basuke presents the game of basketball is equally entertaining, with each game playing out with intensity and excitement. Overall, the series is cool and an easy watch, you won’t get lost in any jargon or complicated anime-style storylines. Just basketball and the struggles that come with it.

One of the most beloved classic animes of its time. Slam dunk is from a different era, a simpler one known as the early 90s. This anime came into existence and was heavily inspired by the global boom of the NBA.

True ballers and sneaker heads will appreciate the fan service this anime delivers to basketball lovers. Every shoe worn by the main characters is based on a legendary pair during the 90s. Not only that, a lot of the animations were inspired by the great ballers of the era.

The plot is light-hearted and fun, echoing the familiar mantras of wanting to be the best and friendship. The main character is likable but a doof, so if you’ve been needing a reason to smile and get a couple of laughs in your day check out Slam Dunk.

If you watch enough anime, you will soon find out that many series are over before you know it. It’s a trend in the art form not to draw out a story, where many studios will avoid milking a cash cow in favor of telling a concise story from start to finish.

Dear Boys, also known as Hoop Days in the anime, is such a series. The anime only lasted for just 26 episodes which all aired in 2003. Besides the rather short anime, where Dear Boys really shines is in its manga.

The story is really a story, where the drama drives the series. First released in 1989 the manga has received a well-deserved cult following that has kept the series alive till 2017. The journey of these ball players is one that is really easy to get into, of all the basketball mangas out there, this one is definitely the best.

If you’ve already gone through the above mentioned animes and mangas and you’re looking for something else that maybe you have overlooked, then you’re in luck. A new basketball anime is on the horizon, and its name is “Ahiru no Sora.”

The manga was first released in 2004 and has enjoyed a warm welcome from the manga community. Keeping the series a favorite in the Weekly Shōnen Magazine for over 15 years. All of which is now culminating to an anime release for October 2, 2019.

We’re excited to see what this series will bring to the genre of basketball animes. With the bar set so high by Kuroko no Basuke and Slam Dunk, we have high hopes Ahiru no Sora.

I love celebrating basketball any way I can, in any art form. I’ve spent countless nights recovering, dead tired from evening practice watching Slam Dunk and Kuroko no Basuke.

Although it’s not the same as watching game films or NBA games, it’s still a wonderful past-time that keeps my head in the game while allowing me to relax. I suggest it to any basketball lover who needs to unwind after a tough practice or an intense match-up.

Thank you for this feature. I’ve watched Slam Dunk when I was in grade school. And now that I have a son in grade school, we currently both enjoy watching Kuroko no Basuke.

I want to ask, where Can we have a copy of Kuroko no Basuke manga? My son is a reader too!