What is an Assist in Basketball? 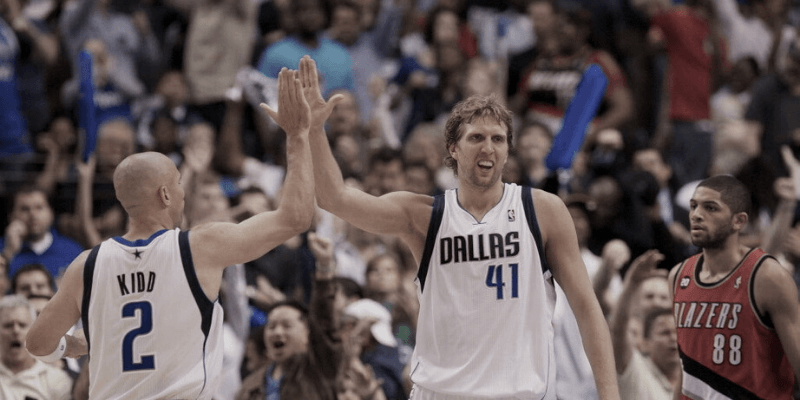 The game of basketball is full of statistics. These numbers often tell us how an overall team and individual players within that team are performing. Points scored is probably the most common statistic we hear about since it determines who actually wins the game. Another statistic – the assist – can be a very important indicator because of its direct relation to points scored.

So, what is an assist in basketball? Let’s take a quick look at what this stat is and then dive a little deeper into what they really mean and how they are actually determined.

Simply put, an assist in basketball is defined as a pass that leads directly to a made basket.

You cannot have an assist without points being scored and the ball must be passed directly to the player who scores. Only one player can receive an assist per score. In other words, if there are multiple passes before the made field goal, only the player with the last pass gets credit for “dropping the dime”.

This may sound like a very general definition because it is. In fact, assists are one of the most debated statistics in basketball. The way that they are awarded to a player can be very subjective and it is can be a point of disagreement between many statisticians and basketball authorities.

Before we get into the discussion of why this stat can be a source of controversy, let’s first take a look at what it can tell us about a team and a player.

Why Do We Care About Assists?

Some of basketball’s greatest players were very skilled in the art of dishing the ball out to players on the team. This is a statistic that is often heralded as one of the most important for a well-rounded player. So, why is it so important? After all, it is just a pass. Or is it?

This tells us that the players play well as a team. They are running offensive sets, making passes, and looking for the open player. This also means that they are probably taking quality shots which leads to a higher field goal percentage. All of these things are signs of a good solid team that plays well together, will score points and can win.

As for the individual player, the ability to distribute is a sign of a versatile player. It shows that the player is not selfish and willing to put others in the position to score. This is a key ability in a player to create offense. We often think of the point guard when it comes to spreading the ball but it is not limited to this position. Lebron James is a good example of a non-point guard who has a great ability to set up other players for scoring opportunities.

Is it Really an Assist?

Assists are not so cut and dry. Yes, we see the player pass the ball to another player, but how many dribbles can the scoring player take? Can he make any type of move before shooting? What if it’s a fast break, how far out from the basket can the passer give up the ball to the scorer?

There are some general rules and standards but it can be very easy for a home-court statistician to cook the numbers a little for the players on the home team. This has often been a source of controversy when tallying the number of dimes a player may drop.

For most leagues, the rules state that the pass must put the scoring player in position to score or it must help create the shot. An ally-oop is a great example of a pass that creates the shot for the scoring player to throw it down.

There can also be differences across leagues. For example, in the NBA players cannot receive an assist on made free throws, but they are counted in FIBA basketball if at least one free throw is made and the shooter was assisted on the shot for which the foul was called.

As you can see there is quite a bit of room for error and controversy when it comes to tallying up this helping hand statistic. If you want to see some great examples of what is counted and not counted, take a look at these videos from the NBA video rule book.

When we think of the great distributors in basketball, many could state their case of best ever. John Stockton has the highest number of career assists at 15,806 and if you take a look at the list of top passers you will recognize many of the greats. Players such as Jason Kidd, Steve Nash, Mark Jackson, and Magic Johnson, just to name a few. If you would like to take a look at the complete list, check it out and I am sure you will recognize most of the names.

Giving up the rock to help your teammate score is not just the honorable thing to do, it is something that all great players are good at. It takes skill to draw the defense and then set up another player for the easy shot. So, when you start to think about the qualities that make an all-time great player, don’t forget about the ability to pass the ball.

Who do you think is the all-time best passer in basketball history? We’d love to hear from you, so please leave your comments.

Russell Westbrook recently tied Oscar Robertson’s triple double games. Well earned Mr Westbrook! Please correct me if I have my recollection wrong, I am 74. It is my memory that an assist during Big O’s career was pass and shoot, no dribble. Also the 3 point shot was allowed in 1979, after Big O’s career, so with these ” facts” did Russell really tie the record or is it just too complicated🏀