What Color is a Basketball and Why 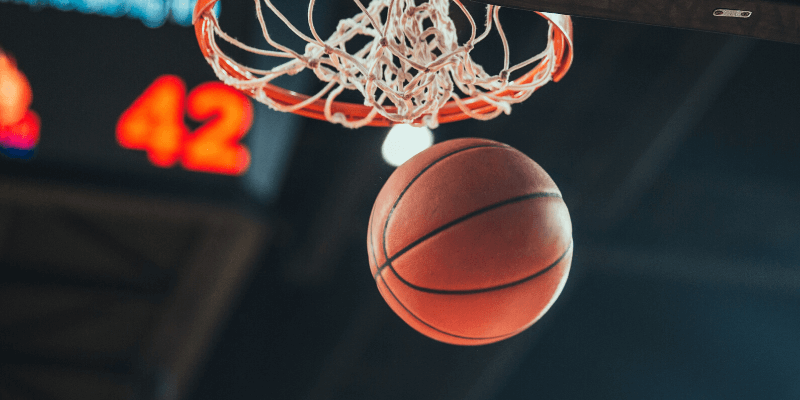 In top-tier basketball leagues like the NBA and NCAA, players always use balls with the same color scheme. While a few balls in the market have bizarre and contrasting colors, most basketballs have the same color, which is an orange or light-colored leather scheme. The basketball has undergone an evolution from 1894— the materials, the design, and the colors were completely different back then.

In the 20th century, many improvements were made to make a basketball more efficient and versatile— one such improvement was a color-change. In this article, we are going to take a look at the most common color found in many basketballs and the advantages that comes with it.

A basketball is a spherical ball with an inner inflatable rubber tube, which is covered by leather, synthetic composite or rubber. The circumference of a basketball differs from one league to the other: most balls in the NBA have a circumference of 29.5’’, whereas NCAA balls have a maximum circumference of 30’’. Players in other leagues tend to use the standard NBA basketball.

History of the Basketball

When basketball was first invented, players used to play using a soccer ball and two peach baskets pinned on both sides of a gymnasium— the main objective was to throw the soccer ball through the peach baskets. However, in 1894, the Spalding & Bros company developed a more sophisticated ball made from stitching leather panels together. The ball’s circumference was 32’’, and it had an interior rubber bladder.

In 1948, the basketball’s design changed, the circumference reduced to 30’’, and the construction improved immensely. By 1970, the four panels, which were found in earlier models, increased to eight and the NBA adopted the eight-panel ball as its official design. 13 years down the line, the Spalding full-leather grain became NBA’s official ball.

You can read more about the history of basketball here.

History of The Color-Change

The first basketball was dark-brown in color due to its heavy leather construction. Even though design-changes were so common in the 20th century, color-changes were not seen until 1957. Tony Hinkle, in collaboration with Spalding, developed the first orange basketball, which debuted in the NCAA championship game in 1958. Everybody was attracted to the color, so it became the new standard color.

The ABA was a professional basketball league that was founded in 1967 as a main competitor to the NBA and collapsed in 1978 when the NBA forced it to merge with their league. It had a total of 11 teams when it was formed, and by the time it merged with the NBA, only 6 teams were active in the league. 4 out of the 6 teams joined the NBA; San Antonio Spurs, Indiana Pacers, New York Nets and Denver Nuggets.

The ABA’s basketball color was very different from the traditional orange basketball. It had three colors— red, white, and blue— that created an amazing pinwheel effect when it was in motion. Gene Littles, a former ABA player, said that watching those colors rotate was something amazing. Every time he threw the ball, it mesmerized him and made his heart beat a little quicker.

Even though the ABA ball had an appealing color, the seams were smaller and handling it was hard. New balls slipped easily from players’ hands, so in most games, they used older balls.

Why is a Basketball Orange in Color?

Back in the day, when the standard color was brown, many people complained that they could not see the ball clearly. Players also had difficulties in seeing the ball, resulting in a color-change. At the moment, most basketballs are orange in color and have black partitions called ribs, which are just below the surface of the ball.

Basketballs are also available in a wide range of colors, however, those colors are more inclined towards style than functionality.

The level of visibility was improved by the color-change, from dark-brown to orange. Orange is brighter than dark brown, making it easier for players to see the basketball and improve their gameplay. The audience’s visibility also increased due to the color-change. Other leagues like the ABA had bizarre colors —red, blue and white— but the colors didn’t work out. Orange will always be the best color for a basketball.

What are your thoughts on this? An orange-colored basketball or another color? Let us know in the comment section below.