How Long Is a Basketball Game? 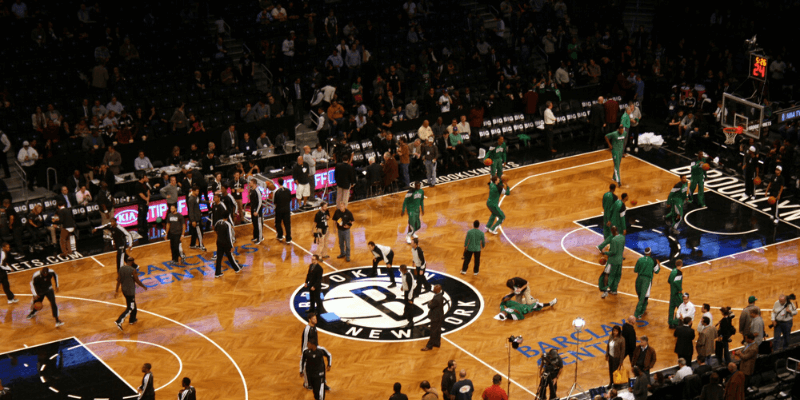 The length of a basketball game varies depending on the game-experience and type of competition the teams are participating in. In some competitions, the game is played in four quarters, while other leagues requirements limit a basketball game to two halves. The period and number of timeouts in these leagues vary.

NBA, NCCA, highschool, and college games have different playtimes. Even though a basketball game has specific regulated minutes for a quarter or a half, it lasts longer than that. You’ve probably watched televised NBA games that lasted more than 2 hours. The only thing that stays constant in those games is the overtime. In most competitions and leagues, the overtime is five minutes. However, in some high school games, the teams are given overtime of four minutes.

Instances When The Game Clock Is Running

A basketball game clock starts running as soon as the whistle blows. Unless a foul is committed, or it’s an opportunity for a timeout, the game’s clock will always tick. A shot made during the last two minutes of the game can bring a halt to a running clock. After that, overtime is awarded if the two teams have tied. The two teams playing against each other have to utilize the overtime to score more points to find a winner.

In college basketball, things are different because the clock stops when a shot is made in the last minute of the game. Actually, college basketball also differs from other leagues because it has two halves instead of four quarters.

Simply put, this determines the amount of time a team has to make its shot. It speeds up a basketball game and prevents too much slacking. A shot clock starts over when there is a change in possession of the ball and when the ball hits a basketball rim. These are the shot clock lengths in different leagues and competitions:

What is a Timeout?

This is the period of time given to a team so that the players can rest while strategizing to get back in the game. Different rules apply to timeouts in different leagues. Plus, the timeout varies depending on the league you are playing in. Here are the different timeouts in basketball:

An NBA game has four quarters, each quarter is played in 12 minutes resulting in a 48-minute full-game. However, a typical game takes longer than that because of fouls, tv timeouts, reviews, injuries, and free throws. On average, an NBA game lasts for about 2-3 hours. In the postseason, a game may be much longer than normal because there are more substitutions and shooting fouls.

Basketball games in the Olympics and FIBA tournaments are shorter than NBA games. Participating teams have 40 minutes of regulation, and they only get five timeouts, which are less than those offered in the NBA.

A high school basketball game has 32 regulated minutes. In those 32 minutes, there are four quarters, and each quarter lasts for about 8 minutes. Normally, due to fouls, breathers, and throw offs, a high school game lasts for about one and a half hours. Additionally, high school teams are offered a 10-minute half-time between the third and the fourth quarter.

The length of a basketball game depends on the league or tournament the teams are playing. It’s quite clear that the regulated time frame of a game doesn’t hold up. Basketball games last much longer than the regulated time frame because of various factors such as timeouts, fouls, and throw offs. Even though some concepts such as overtime and timeout are the same in every league, the duration sets them apart.

If you have any other thoughts about the length of a basketball game that might add additional information, let us know in the comments below.