What is a “Heat Check” in Basketball? 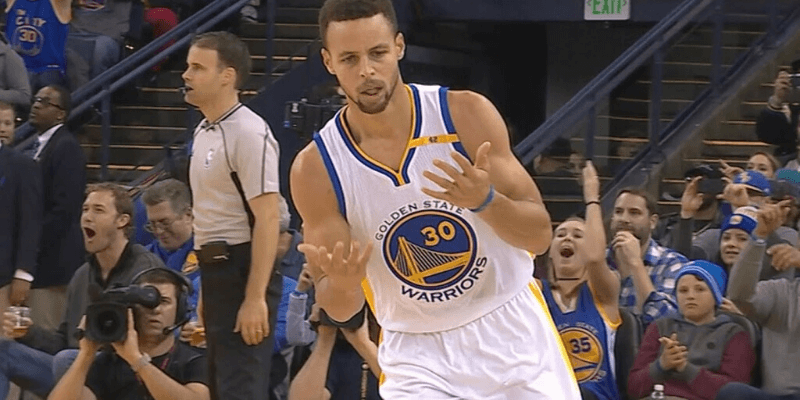 Sometimes you hear a term or phrase associated with a sport and it doesn’t really make sense. Oftentimes, announcers or players will say something that can leave anybody not as familiar with the game scratching their heads wondering,

“What on earth does that even mean?!”

Basketball can be full of these weird and particular sayings and if you don’t know what they mean, it can be really confusing.

One of these terms that a lot of people might now be familiar with is ‘heat check.’

If you don’t know what that saying means, you might be thinking it has to do with a player’s body temperature or how hot the arena or gym is. A heat check actually has nothing to do with the temperature at all but it is a good phrase to know if you love to watch or play basketball.

What Exactly is a Heat Check?

A heat check is a somewhat commonly used term in basketball that takes a little bit of explaining to understand. You first need to know that when a player starts making a lot of shots in a row or is having a really good game, you would say that ‘so and so is really hot‘ or ‘Curry is really hot tonight.’

For those of us who remember playing the legendary video game NBA Jam, you’ll remember that as you make three consecutive shots in a row, the announcer yells “he’s heating up” on the second shot and “he’s on fire!” when you make the third.

Well, a heat check is when a player who is really hot and has made a few shots in a row takes a difficult shot.

This shot might be from really long distance or happen with defenders right in his face but because the player is having such a good day on the court, they launch a heat check to see if they can keep the streak going.

A heat check is usually a shot the player wouldn’t take but because they are having so much success, they try it anyway to see if luck holds.

Why Do Players Take a Heat Check?

Like we just explained above, a heat check is a shot that is usually pretty difficult and hard to make. So why would a player take a really difficult shot that they normally wouldn’t take?

Well, if you’ve ever seen one of the all-time great shooters get hot, it seems like it’s impossible for them to miss. Klay Thompson is known for going on legendary hot streaks and scoring buckets like crazy and so is his Splash Brother, teammate and fellow great shooter, Steph Curry.

Oftentimes players will get more defensive attention when they get this hot on the court and throwing up a heat check shot is the only option as a defender gets up in their face. Sometimes a player will take a heat check and make it, keeping their hot streak going while most times, this heat check type of shot leads to a miss.

Do Players Have to Take a Heat Check?

You see it happen often when a player gets hot, but they don’t have to take a heat check shot.

In reality, an easier type of shot, whether that means closer to the hoop or without a defender, will lead to a higher percentage of made baskets.

The heat check happens all of the time, however, because a player who has had such good luck really feels like they can make just about anything so they try a shot that would otherwise be called bad.

Sometimes a player gets hot and doesn’t have the opportunity to take a heat check. This could be because the buzzer sounds to end the game or the half or simply because another player takes a shot.

Players who get hot usually get the opportunity for a heat check shot but it is definitely not always the case and even though it is a really exciting shot, I’m sure some coaches out there would like to see an easier shot, any day.

Now that you know what a heat check is, be sure to watch and see if you can pick out the next time your favorite player or someone on your favorite team takes this type of shot.

Regardless of if it goes in the hoop or not, it is usually a pretty exciting moment in the game. Watching a professional basketball player get hot is an amazing sight for any fan of the game.

The next time you play basketball and make a few in a row, you might find yourself instinctively taking a heat check shot. It’s hard not to when you’re really in the zone!

If you’re lucky enough to make a few buckets in a row, launch one up from distance and see how it goes. You never know, you just might be on a hot streak.

Who’s your favorite shooter and what’s the hottest shooting streak you’ve ever seen?