What Basketball Does The NBA Use? 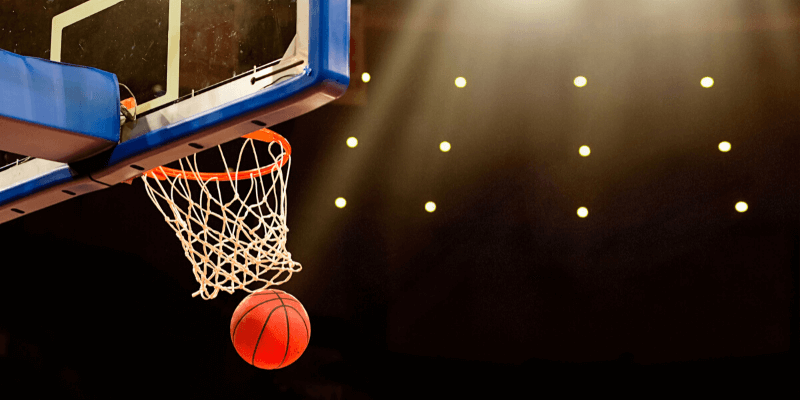 As you watch an NBA game, your focal point is usually on the ball and the player in possession of it. We can’t take our eyes off of that brownish-orange round object with black stripes and a noticeable dotted texture. We follow it up and down the court whether it is in a player’s hands, on the floor, or in the air. Let’s face it, the ball is the real star of the show.

An inanimate object, such as a basketball, can’t actually be the star of the game and in fact, the ball is so commonplace within basketball that we may not think much about it even though our eyes are glued to it.

If you do think about the ball, however, you may have some questions.

Do all teams use the same ball? Who decides what ball is used? Are the balls brand new when they are used for a game or do they need to be broken in first? What brand of basketball does the NBA use? If you find these types of questions swimming through your head, you’re in the right place!

When an NBA game is played, where do they get the game ball from?

It’s certainly not like the playground or a rec league where players bring their own ball and somebody decides which one is the best to use. Can you imagine a game where James Harden, Russell Westbrook, Clay Thompson, and Stephen Curry all bring their own basketball and before the game starts they get together and decide which is the best one to use?

Before each game starts, the equipment manager of the home team will select three balls and take them to the referee’s locker room. The head referee will inspect them for wear and tear and ensure that they are inflated to the proper pressure (7.5 – 8.5 psi). The ref will then bring all three balls to the court during warmups and select one of them for the game. The other two will remain as backups in case there are any issues during the game.

What brand and model of basketball does the NBA use?

Since 1983, Spalding has been the provider of the official ball of the National Basketball Association. This is fitting since it was A. G. Spalding and his sports equipment company that developed and produced the very first basketball in 1894 for James Naismith and his revolutionary new invention.

The current model used by the league today is “The Official NBA Game Ball” and the following is the description from Spalding:

“Basketball never stays still. Every player puts their own spin on the game, so it moves, morphs and shifts with the legends who shape it. For a game that’s forever in flux, few things stay as consistent as the Spalding NBA Official Game Ball. For over three decades, Spalding has joined forces with the league to create the gold standard basketball. This ball is designed to feel like second nature in the hands of the legends who wield it. Strictly made for the hardwood, it has full-grain leather construction that turns butter-soft once broken in.” – Spalding.com 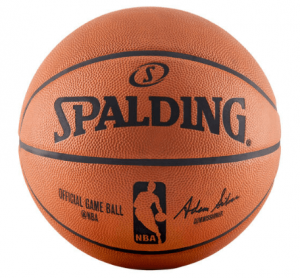 Spalding has a rich history of producing sports equipment, including basketballs. If you would like to see how they are made, Spalding put out this cool video that shows how they get to the NBA

A Brief History of Spalding

Albert Goodwill Spalding was a baseball player for the Boston Red Socks back in the 1870s. Spalding and his brothers opened their first sporting goods store in Chicago in 1876. Not long after they began manufacturing, baseballs, baseball gloves, footballs, and other sporting equipment.

In 1894 Dr. James Naismith asked A. G. Spalding to develop a ball made specifically for the game of basketball. Prior to that, games had been played with soccer balls. Soon after, the official rules of the game read “the ball made by A.G. Spalding & Bros. shall be the official ball.” The game of basketball finally had its own ball. You can take a look here for more history on Spalding.

I have owned quite a few Spalding basketballs over the years and I feel they make a great product. Their other models are of good quality and perform very well too. In fact, I just happened to have purchased this Spalding Never Flat Hexagrip Indoor/Outdoor basketball about a month ago. 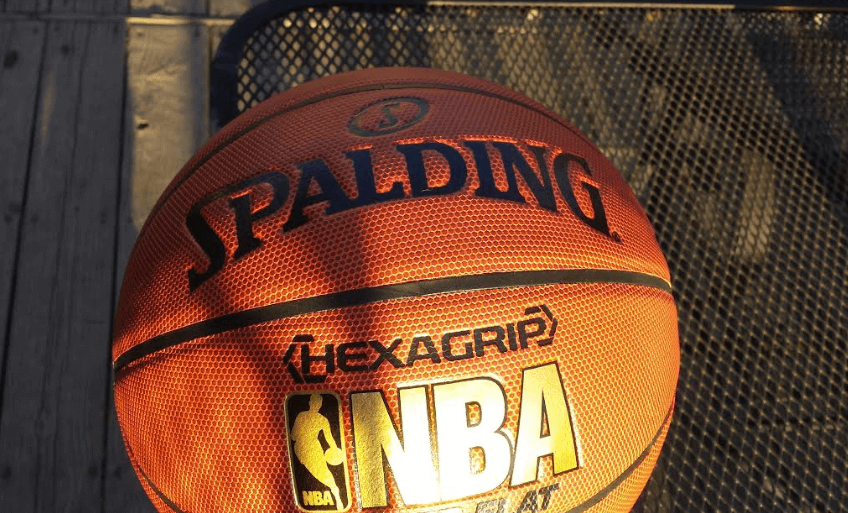 I got a chance to play with it the other day and it performed very well. It had great bounce, great grip, and felt awesome when shooting. Spalding really does make a quality basketball.

Some of you may wonder why professional basketball still uses a leather ball. Why haven’t they stepped into today’s modern technology and started using balls made from the newer composite material?

It isn’t for a lack of trying. In the early 2000s, the league decided that synthetic balls were the future and they were going to make the jump to a new ball. The new composite microfiber material was widely viewed as the future of sporting equipment and they were cheaper to manufacture. Many colleges and high schools were already using this type of ball so Spalding and the NBA thought that it was time to switch over.

After about two years of preparation, the league and the manufacturer were ready and they held a big promotional event launching the “new ball”. It started out with a lot of excitement but things took a wrong turn almost immediately. Spalding sent every player in the league a new ball over the summer, prior to the 2006 season so they could begin practicing with it.

Players right away complained about the feel of the ball. They did not like the grip and thought it felt like plastic. By the time training camp began, many of the biggest stars were publicly criticizing the ball. As the new season started it was a constant story throughout the league. Players reported that it got very slippery when wet, it did not bounce as well and some players even reported that the material was cutting their hands and fingers.

The complaints were so bad that Maverick’s owner Mark Cuban, requested that the University of Texas at Austin’s physics department study the ball to see if the complaints were legit. The study provided clear proof that there were issues with the ball just as the players had indicated.

As the uproar from the players continued through the first couple months of the season, the players union finally got involved and filed unfair labor practice charges against the league. By December 2006, the league gave up the fight and agreed to move back to the traditional leather ball that is still used today.

Spalding has been part of basketball since its very beginning and for over 35 years it has supplied basketball’s top league with its official ball. The official backboard of the NBA is also supplied by Spalding who continues to remain involved in the game that they helped build so many years ago. The traditional Spalding leather is a great ball and if you ever get a chance to play with one, I highly recommend it. And so do the greatest players in the world.

What do you think about synthetic basketballs? We’d love to hear from you, so please leave your comments.