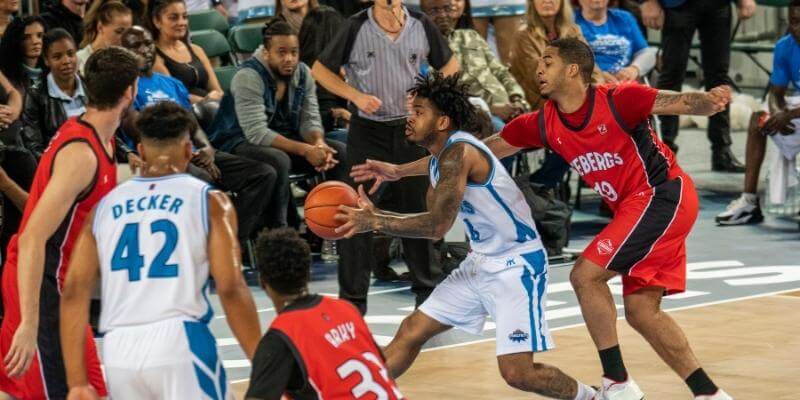 Overtime is one of the most thrilling parts of any sport. It takes games to the next level and allows for extremely exciting matchups. However, it can also be confusing. In order to fully appreciate the extra minutes, you have to know the rules and how they all fit together.

I have watched and played basketball for more than twenty-five years. My own experience, mixed with my secondhand accounts and additional reading, has taught me about how the NBA, as well as other major leagues, operate once regular time expires.

Here, I will cover the overtime rules for every premier (and less than premier) in the world by going over how each one handles extra minutes, how overtime differs between different organizations, and why each one has the specific rules that they do.

Keep reading the below sections to learn more.

Done, but Not Over

Creating rules for overtime is not a simple process, especially because everyone does it a little differently. It is those subtle differences that are important.

Though most leagues have similar overtimes from a conceptual standpoint, they all put their own spin on it that’s important to note when watching or enjoying a game. Missing a key rule or critical piece can lead to confusion, which can then lead to viewing problems down the line.

The NBA is the largest basketball organization on Earth, which is why its overtime is the basis for the other main leagues. First and foremost, overtime only occurs when two teams are tied at the end of regulation. If that happens, both go into a standard five-minute overtime period.

For all intents and purposes, those five minutes are treated like any other quarter when it comes to scoring and rules. Two points are two points, three points are three points, and any fouls carry over from regulation.

If you have five in the first four quarters, you can only get one in overtime before you foul out.

Overtime also utilizes a quarter-possession rule, starts with a tip-off, and each team gets two team timeouts for the period regardless of how many they used during regular time. If the score is still tied when overtime ends, the teams go into another five-minute quarter.

NBA games cannot end in a tie. As such, both teams will keep playing until one ends up with more points than the other. Six overtimes is the most on record, but a game could theoretically have even more.

It’s also worth noting that the WNBA, like its male counterpart, is a league that utilizes five-minute overtime periods with the same rules of regulation. The game cannot end in a tie, which means they keep going until someone comes out on top.

As mentioned, the NBA is the baseline for most overtime rules. That is why the NCAA is almost identical to the larger league when it comes to extra play. Teams have a tip-off to start, and then a five-minute long period to see who can come out with the victory.

As you might imagine, if teams are still tied during the end of the first overtime, there is a second one. That keeps going and going until somebody permanently gets the upper hand.

That being said, there is one major difference between NBA and NCAA overtime rules that makes college a little different. Where NBA teams get two team timeouts to use in extra minutes, college teams get one 75-second timeout as well as any they didn’t use in regulation.

That’s quite a big deal because it means there’s a bit more strategy in terms of using (or not using) timeouts at the end of the tight game. Most teams use them all, but there’s something to be said of getting them to roll over and have an advantage when regular time runs out.

When looking at all leagues, it’s also worth mentioning below-pro level. Any level that’s under collegiate, rather than going with a five-minute overtime period, uses half the length of a standard quarter.

For instance, in high school varsity, which has eight-minute quarters, overtime lasts four minutes. All of the other rules are the same as the NBA.

Basketball is an American sport, but FIBA does mostly follow along with the NBA when it comes to rules. The biggest difference between the leagues is that FIBA has a 40-minute regulation, where an NBA game runs 48 minutes long.

That allows for more comebacks and more overtimes. Even so, despite that difference, FIBA uses the same rules as the NBA when it comes to extra minutes. Though their quarters are two minutes shorter (10 vs 12) they still have a single five-minute period for each overtime session.

The game cannot end in a tie. Teams just keep going and going until one wins. Fouls also carry over and the timeouts reset at the start of overtime to comply with the regular rules.

However, it’s important to note the Euroleague does have a rule for two-legged ties. In that, if two teams play a double header, there’s no overtime if the first game ends with the same score.

Rather, the total points from both games is taken into account. Whoever has the larger aggregate score gets the win.

Every basketball league utilizes overtime in some way. For smaller or less-professional leagues, it’s a shorter period based on quarter length. For everyone else, it’s five minutes again and again until somebody gets crowned the eventual winner.

It’s not terribly difficult to understand, but for those who aren’t familiar with the game or its rules, it can be confusing. Keeping everything straight makes for a better, and cleaner, spectating experience.