Will We Ever See a Basketball Player Dunk from Three-Point Line? 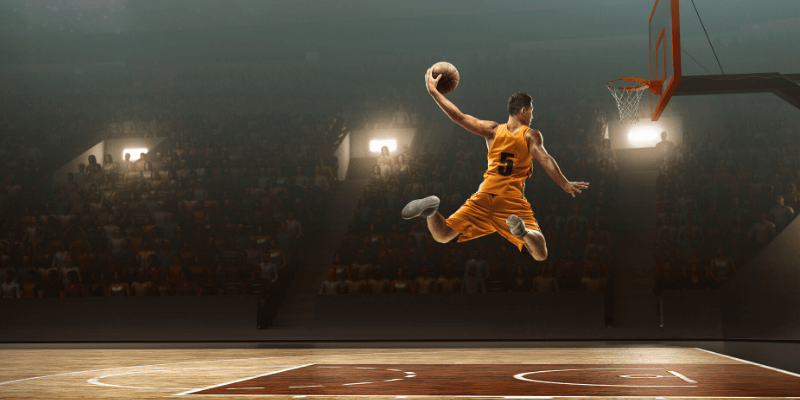 If you are an NBA fan, you may have seen old footage or even seen it live, the incredible dunks by Julius “Dr. J” Erving, Michael Jordan, Brent Barry, Serge Ibaka, Lebron James and others from the free-throw line. Dunks that start far away from the basket are great to watch and show the amazing athleticism of basketball players.

You will usually see these types of dunks in a dunk contest but occasionally it has been done during a game. I know that Lebron James has done it at least once. With advances in technology and training methods, we are seeing players that are more and more athletic.

With the increase in athleticism, will we ever see a basketball player dunk from the three-point line?

Sports barriers are made to be broken. There have been so many that were once thought impossible, such as a runner breaking the 4-minute mile, a 64-yard field goal in football or a basketball player scoring 100 points in a game. At one time these records all seemed unreachable, but find an incredible athlete who can focus on a goal and eventually the impossible becomes possible.

With that being said, it is hard for me to say that dunking from the three-point line is and always will be impossible. We never know what advances in training and athletic ability we will see in the future. Even though I am not willing to say that it is absolutely impossible, I will say that I believe it is very improbable and I will be extremely surprised if it ever does happen.

It’s not that I don’t want to see it happen. I would love to watch such an incredible feat and I would, of course, applaud anyone who can accomplish this. I just think that the combination of the physics and the athleticism required to do this makes it very unlikely.

Let’s talk about some of the reasons that I think it is very unlikely that a basketball player will ever dunk from the three-point line.

Why It Is Very Unlikely

The following is a list of considerations of why I feel it is very unlikely that anyone will ever be able to dunk from the three-point line. Keep in mind that I am talking about the NBA three-point line. The college and high school lines are closer which makes it a little more probable.

So as you can see, the distance to dunk from the three-point line is about 10 feet more than the distance from the free-throw line. Adding 2 to 3 feet or maybe even 5 feet to a dunk seems a little more possible, but adding 10 feet to an already extremely difficult dunk would make this quite a jump.

Many people feel that an athlete who is a very good long jumper might achieve this extraordinary feat, so let’s take a look at this from a long jumper’s ability.

Mike Powell holds the world record for the long jump at 29 feet 4 ¼ inches (8.95 meters). Even if we round this down to just 29 feet, it is well over the 23 feet from the three-point line to the front of the rim. But remember that a long jumper is going just for distance and does not have to worry about height. By the time the long jumper gets to the rim, they will probably not be off the ground enough to reach the rim.

Also, there are three commonly used techniques for the long jump which jumpers use to fly through the air. They are the sail, the hang, and the hitch kick techniques. A jumper who uses the sail technique would have very little chance of getting the ball up to the rim since it requires their body to be folded with their hands near their feet.

The hang and the hitch kick techniques may keep the jumper in a little better position but for them to hold a ball, run up, take off and take flight all with a basketball in their hands would make it very difficult to get distances near 23 feet.

3. Physics of the Long Jump

Another problem with this long of a jump is that the flight path of the jumper is going to be an arc from the point of take-off to the landing point. So the maximum height of the jump is going to be in the middle of the jump which would be at about 11.5 feet from the front of the rim. So the jumper will just past the free-throw line when they are at the maximum height of the jump and will then be descending and almost near the ground by the time they reach the front of the rim.

So, if this is going to be possible, the player that would be able to do this must be quite tall and have very long arms. They would need to be able to dunk while barely being off the ground. The player would probably need to be about 7 feet tall. Yes, tall players with long arms are very common in the NBA, but do they have the athletic ability to make a jump like this. Which takes us to the next point.

As alluded to above, for a player to dunk from the three-point line they will have to be very tall, probably around 7 feet (2.13 meters) tall and long arms. There are many NBA players that fit this specification, but most players at this size do not have the coordination and athletic ability to make a jump of 23 feet.

There are some like Kevin Durant, Giannis Antetokounmpo and Anthony Davis who are close to 7 feet tall and do have very good athletic ability, but I still don’t think they have the ability to make a 23-foot long jump with a basketball in their hands and be able to dunk at the end of the jump. Since they are not even trained in doing the long jump I think it would be very unlikely they could even make the jump alone.

Remember that these guys make millions of dollars to play basketball and even if they could come close to doing this, I’m not sure they would want to risk an injury while trying. The momentum of making a jump that distance is going to carry them with a tremendous amount of force into the basketball stanchion and there is a good chance they could wind up with a very serious injury.

No one really knows whether we will ever see a basketball player dunk from the three-point line. In my opinion, it is very unlikely but I cannot say that it will never be done. Who knows, if basketball players continue to become bigger and more athletic we could see a player do what many think to be impossible.

In sports, we have seen so many athletes overcome adversity and seemingly impossible feats. It is exciting to think about the prospect of a basketball player dunking from the three-point line.

Do you think dunking from the three-point line is possible? What is the longest dunk you have ever seen? We’d love to hear from you, so please leave your comments if you would like.