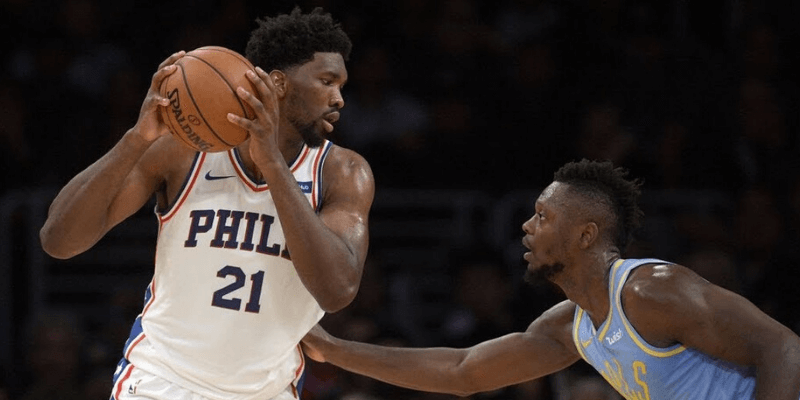 As a fan of NBA basketball, while growing up in the early ‘90s, one of my favorite players to watch was Hakeem “The Dream” Olajuwon. He played center for the Houston Rockets and helped lead them to back-to-back NBA titles in 1994 and 1995. But while some think of those ‘80s and ‘90s NBA centers as big immobile guys that clogged up the lane and grabbed rebounds, Olajuwon was different. The reason why he was different from the rest was his post moves.

His quickness under the basket made his post moves so impressive, and there were games where you could tell that Olajuwon could literally score on his defender every time he got the ball if he wanted to. Even though I was a shooting guard my whole playing career, and gravitated towards following guards when I watched the sport, Olajuwon’s game resonated with me.

This article is all about appreciating the best basketball post moves in NBA history to wow and inspire you, and to show you some effective drills to improve your own post game. But first, what is “the post”?

The low post, or the post as it is sometimes referred to, is the area in basketball closest to the basket, usually in and around the rectangular lane on the offensive end of the court. This section of the court is usually populated by the tallest, strongest players as this is where layups/dunks and rebounds happen and a player’s size generally gives them the advantage this close to the basket.

Players usually gain position in the low post with their backs to the basket in order to get as close to the basket as possible and also in order to receive a pass from their teammates. Once they receive the ball, they use a series of moves and counter moves in order to beat their defender and score.

There are certain moves in NBA history that were beautiful to witness and often unstoppable. When certain players got the ball, as a fan, you knew it would result in an instant bucket because of the sheer dominance they had on the court. Below are five signature unstoppable low post moves from the NBA’s past.

Olajuwon’s “Dream Shake” has embarrassed virtually every defender that has ever faced him in the low post. The “Dream Shake” is less of a move and more of a fake that leads to Olajuwon’s basket after faking defenders out of their sneakers. Named after Hakeem’s nickname, “The Dream”, the Dream Shake occurred when Olajuwon received the ball in the post and simply shook his shoulders one direction or another.

The move was so effective because Hakeem had so many post moves that a defender would try and anticipate the next move and fall for a simple shoulder fake. While the fake was simple and could have been done by any player, no one did it quite like The Dream, which made it one of the most dangerous moves in NBA history.

The Boston Celtics of the 1980s will always be known as Larry Bird’s team, however, Bird wasn’t the only reason for those team’s success. Kevin McHale was on every one of the Celtics’ title teams during the ‘80s and contributed mightily in the low post. His go-to move, and one that made many a defender look silly, was his up-and-under move.

McHale would get the ball and spin one way or the other and fake like he was going to shoot the ball. Once his defender went for the shot fake he would pivot the other way and go in for the easy layup now that his defender had been duped by his first fake. This move was so effective for McHale because of the variations that he could do from it. If the player didn’t go for the first fake, McHale could simply lay the ball up without having to go up-and-under to score.

There was a reason that Duncan was nicknamed “The Big Fundamental.” It was because of moves like his very basic, yet unstoppable, bank shot from the low post. In the early days of basketball utilizing the backboard on shots from certain angles was an encouraged skill. At some point, bank shots became “uncool” and players tried making every shot without using that very big piece of glass behind the basket even if it would have helped their cause.

Duncan was a master at the bank shot and used it to his benefit. His height and the release point of his shot helped too as he was able to shoot over his defender at will. The basic principle of the move was that Duncan would post up and receive the ball. Once he got the ball he would square up to the basket, meaning he would turn and face the hoop, and then shoot a simple jumper off the backboard. Very basic, yet oh so effective.

There are many reasons that Kareem still leads the NBA in most points scored ever. One big reason, however, is his signature skyhook. Kareem stood at 7’2” during his playing days and not many people could match his height on the court. Combine that with a shot that required Kareem to fully extend his arm to enable him to shoot over every player in the league and that made for arguably the most unstoppable move in the history of basketball.

Kareem’s skyhook started with a simple pass to him in the low post. Once Kareem received the ball he would feel where his defender was and spin towards his left should and extend his right arm as high as possible and release a one-handed shot at the peak of his arm extended on his already 7-foot body.

Not all historically great post players were big men. In fact, the greatest player of all time, Shooting Guard Michael Jordan, was pretty good in the low post himself. Jordan came into the league with more athleticism than anyone. Most of his early highlights consisted of high flying moves that only a youthful player could make. Once the years started adding up on his body, he began to find other ways to score. One of those ways was his patented fadeaway jumper.

Jordan could post anyone up to perform the fadeaway because, due to his fading away from both basket and defender to take the shot, it became almost unguardable. Jordan would receive the ball in the low post with his back to the basket and feel where his defender was playing him. He would then shoulder fake one way and spin the other while shooting a fadeaway jumper. This move, and mid-career reinvention, is what helped Jordan in the second stage of his career.

Below are some great drills for you to master your post game. Remember, the low post isn’t just for big guys. If you can master some moves in the paint it doesn’t matter how tall you are.

Did I miss anything? Leave your favorite signature post move in the comments!