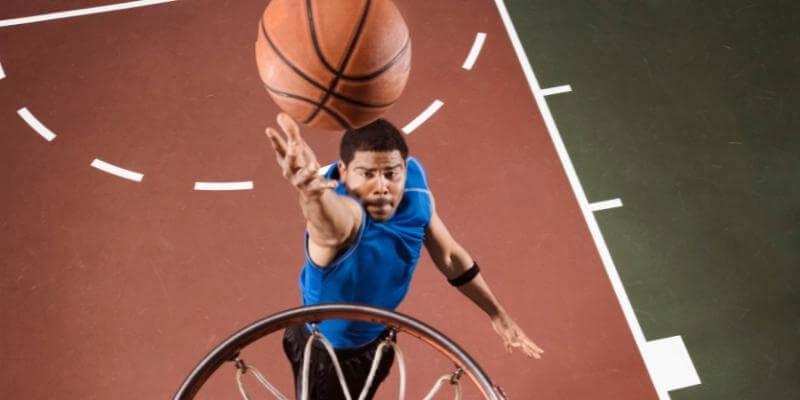 The entire point of basketball is getting the ball into the hoop. However, there are many, many ways to make that happen. You can go for conventional long or mid-range jumpers, slice into the key, attack the rim, move in the post, or chuck up a prayer.

Recognizing each of those styles is important to get a better grasp of the game. Not only will they make you a better spectator because you’ll be able to see plays much more easily, but they will improve your skill by expanding how you see the court.

The most basic shooting style in basketball is a jump shot. This is used for both mid-range and long-range shots, where a player faces the basket and, as the name suggests, jumps up in the air and lets the ball go at the top of the release.

Jump shots can be shot anywhere outside the key or beyond the arc. However, the pull-up jumper exists as well. This shot is a two-motion move where a player drives hard, then stops and goes into a jump shot. It’s tricky to master, but can catch the defender off guard.

2. The Layup and Dunk

Besides a jump shot, the layup is an incredibly simple shooting style. This is a short-range shot that occurs when the player releases the ball as they are moving towards the hoop. It can be shot off the backboard or be released directly into the hoop depending on the angle.

While this shot is simple, there are plenty of variations. One of the most common is the finger roll. That occurs when a player, rather than banking the shot into the hoop, rolls the ball off of their fingertips directly into the basket.

Another handy layup variation is the floater. Here, rather than going with an underhand shot, the player jumps up into the air during a drive and shoots a high arcing shot towards the net. This can be done with one or two hands.

If you drive to the hoop and have the ability to jump up to the rim, you can always dunk the basketball instead. This is one of the hardest shots to make, but it’s also a guaranteed one that’s almost impossible to miss. You simply jump up and slam the ball through the basket.

3. Hook Shot and Turn Around

Most basketball shots come as jumpers or layups. However, hook shots and turnarounds stand on their own. To do a hook shot, a player in the post or coming across the lane literally hooks the ball at the hoop by moving their arm up and slinging the ball over their head.

Turnarounds are another great way to score down low, but they have outside applications as well. With this shot, you simply back into your defender. Then, instead of forcing them further towards the basket, you jump up and spin your body at the same time.

Once you turn towards the hoop, you release the ball like you would with a regular jump shot. As with the hook, a turnaround is difficult to defend due to the fact that it comes quickly and uses your own body as a shield.

Making shots can be quite tough. Knocking them off the backboard and directly into the net eases that process. Any jump shot that hits the backboard before going into the hoop is known as a bank shot.

This shooting style, while not too difficult, is not easy either. It takes a bit of practice and finesse to get right. Throwing the ball too hard will cause it to bounce out of the rim, while going too soft will create a bad angle.

A free throw is a shot awarded to a player after they get fouled. It’s taken and shot like a normal one, but it’s done at the free-throw line without any defender present. The player must stand behind the free-throw line (15 feet from the hoop) and line up the shot.

One of the most fun aspects of basketball is figuring out how to score around a defender or defense. There are several types of shots, and they are all equally effective when executed in the right way. Some might be tougher to pull off, but points are points.

Only once you realize all the effective ways to score can you become a true offensive threat. It’s important to understand each of the above styles to better your game and to truly enjoy the sport much more completely.