What is Ben Simmons’ Net Worth? 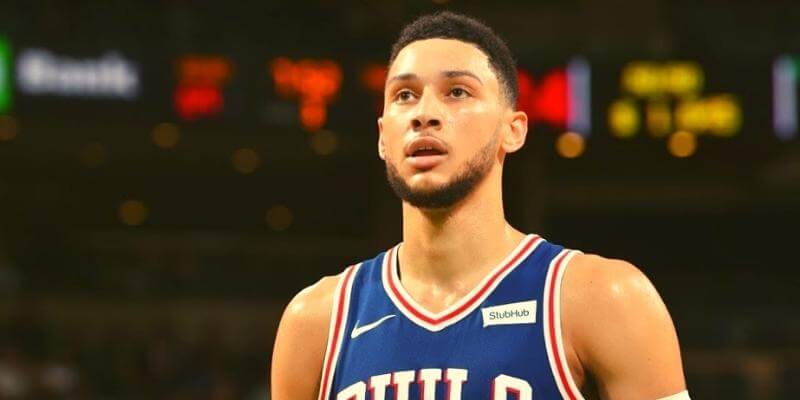 Every NBA player makes a good amount of money, but net worths vary throughout the league. Some athletes earn the league minimum, while more experienced or advanced stars tend to accumulate a lot of money over time. That includes Ben Simmons.

The Nets guard has long been one of the premier points in the NBA. The following guide will cover how much he’s earned during his time in the league, where that money comes from, as well as why his worth might not be as much as many people imagine.

A Good, But Slow, Start

While Simmons has penned some of the biggest deals in the NBA, his net worth is only $6 million.

That seems like a big drop off compared to the contracts he’s signed and deals he’s gathered, but there are two reasons he doesn’t have more money.

The first is that his biggest signing deal was quite recent. Where many all-stars who have been in the league for a good amount of time had time to generate income, Simmons simply hasn’t been able to put everything together just yet. He needs time for his wealth to grow.

On top of that, at the end of the 2020-2021 season he realized he longer wanted to play for the Sixers and demanded a trade. That led to him sitting out, which cost him a lot of cash in the long run. As he wasn’t playing, the team wasn’t going to pay him.

Unfortunately, that decision came on Simmons first big contract year. Rather than raking in cash, he lost more than $20 million due to his move. It was the right call to get where he wanted to go, but it didn’t come cheap.

When an NBA player signs a contract they don’t get all the money at once. All deals are spread out over several years, and they also come slowly throughout the season. A $100 million dollar deal will pay that much eventually, but it takes a while. Taxes and spending take out chunks too.

All that considered, it’s easy to see why Simmons’ net worth is on the lower side compared to other big players. He first came into the league in 2016. There, he signed a four-year $26.2 million rookie scaling deal that gave him more money based on his pay.

It wasn’t until 2019 when he penned the big deal. Impressed by his improved play, the Sixers signed him to a max rookie extension worth a whopping $177.2 million. It kept him on contract through the 2024-2025 season.

During his time with the Sixers, Simmons earned roughly $6 million a year, gaining a bit more each year. He’s made a solid chunk of change from those contracts, but his big payday is slated to come in the next few seasons when the massive extension kicks in.

Simmons has a few endorsement deals under his belt in addition to his signings. His biggest comes from Nike. During his rookie season, he penned a deal worth $20 million with the shoe giant. That could go up to $40 million given certain incentives.

On top of that, he has commercial contracts with both FootLocker and Beats by Dre. He also has a special deal with Penfolds Wines, and may get something going with Call of Duty in the future due to how much he loves to play the game.

Beyond that, he owns a few expensive items as well. He has a stunning $17.5 million farmhouse mansion in Los Angeles that includes a wooden deck, cabana, swimming pool, and full spa. He has a multi-million dollar home in New Jersey as well.

As with so many other pro players, he has an impressive car collection too. Rather than settling for a single model, Simmons has two Ferrari 488’s, a Lamborghini Urus, Rolls-Royce Cullinan, a Porsche 918 Spyder and more.

Ben Simmons has a lot of money, but it’s surprisingly low for what he should have. The guard just got his big break, and then spent most of it sitting out for the year. Still, there’s no telling what other deals he might pen when he gets back out on the court.

The large point guard is still young, and he’s set to earn a lot of money in the next few years when the extension kicks in. He’s already done quite well, as long as his play holds up, his worth will only go up.