What Position is Ben Simmons? 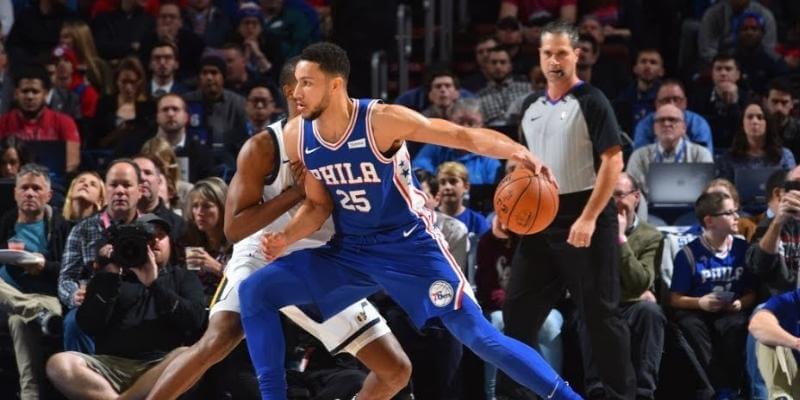 Basketball is a defined sport. There are five positions on the court, and every player has a set role they need to fill. At least, that’s how it used to be. Now, due to a recent shift, the NBA favors hybrid athletes who can play multiple positions throughout the course of a game.

Even so, there’s still room for specialists. In this guide, I will look at one such specialist in Ben Simmons and break down how he manages to be one of the few top athletes who can still truly embody a single role.

A Guard, Through and Through

In a world where almost every NBA star needs to wear multiple hats, Ben Simmons is a true point guard. Unlike other players, he never slides down to the wing or flashes out to the two positions. When he’s on the court, he’s a one and nothing else.

Simmons brings the ball up the court and is in complete control of the offense. That allows him to play to his strengths; giving him the ability to slash, drive off the dribble, or find an open man. While he may move around within a scheme, he rarely deviates from that plan.

There are several reasons Simmons is a pure point guard in a league that doesn’t have a lot of set positions. The first is his lack of long-range shooting. Simmons, for all of his skill, is not able to hit from beyond the arc. In fact, he’s one of the worst three-point shooters in the league.

Related: How Many Threes Has Ben Simmons Made

He had multiple years where he didn’t even attempt a three. That inability to stretch the floor means he can’t flash into the two or three positions because he’s not an outside threat. Without the possibility of a three-ball, defenses don’t need to worry about him pulling up from deep.

The other reason Simmons is able to play only as a point guard is due to his IQ. Despite his shooting faults, the Australian sees the court extremely well. So well, that having him anywhere but at the top of the key is a mistake.

He’s a pure point guard in that his first instinct is to dribble and slash. Once in the key or on the drive, he can quickly decide if he wants to shoot or kick it out. That combination makes him deadly, which means keeping him as a point plays to his strength.

The Importance of Size

Simmons also has a unique trait in that he’s much, much taller than other NBA point guards. The average point is 6’3, but he stands a towering 6’10. His wingspan is much longer than average as well.

Those two measurements are important for understanding Simmons’ position because it shows how he’s able to be a pure point.

Though many assume his larger size would allow him to go down on the block or play as a small forward, it actually makes him better suited to go up against smaller points.

Whenever Simmons is at the top of the key, it’s a mismatch. That creates a big discrepancy that puts a lot of pressure on the defense. They need to think about doubling him, which then opens up other passing opportunities.

Simmons is one of the last true point guards in the NBA. While part of that is his own limitations with outside shooting, it’s also due to his inherent skill and basketball IQ. He may be the subject of a lot of controversies, but there’s no doubt that the Australian is part of a dying breed.

There’s no telling what the future holds for Simmons. However, whatever he ends up doing, it’s certain he’s not shifting positions. He’s a pure point guard, and that’s where he’ll stay.