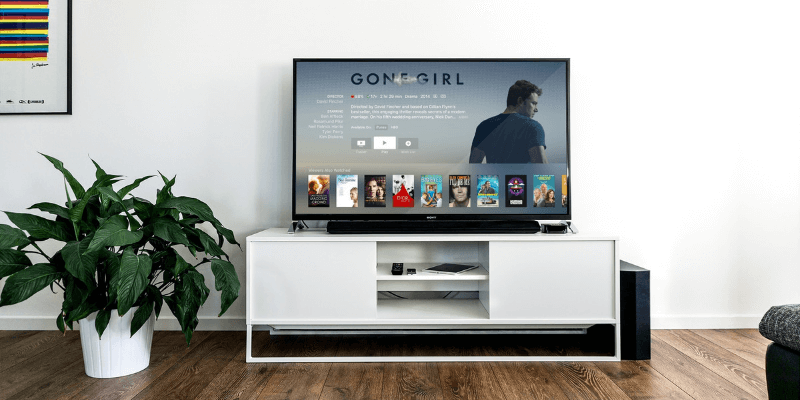 This article lists the best basketball documentaries that are worth watching in 2021.

I’m an avid basketball fan and someone who loves great documentaries. My own experience watching the films in this guide, backed by additional research, helped me compile the below list.

There are plenty of great basketball documentaries, but Hoop Dreams gets my number one pick because of its great story, compelling shots, and excellent cinematography.

Where many basketball stories are only about the sport, Dreams manages to go above and beyond by touching a range of relevant subjects. Not only does it bring you into the characters, it also covers important topics like race, class, and education.

If you’re curious about the documentary or want to learn about other amazing one, check out the following list.

This section reviews the top basketball documentaries and explains what makes them stand out.

Hoop Dreams is a truly unique story about two basketball players, William Gates and Arthur Agee. It follows both from middle school, cataloging their journey as they try to make it to the NBA. In that, it explores many larger themes and covers life’s highs and lows.

Not only is the movie shot well, it looks at basketball from a completely different perspective. You get to know the characters, understand their struggles, and see how much the game can mean to someone. If you love the game, it’s absolutely worth a watch.

After being drafted 2nd overall by the Boston Celtics in 1996, Len Bias was one of the most hyped NBA players of all time. Despite that, he never got to play the game. Rather, he passed away from a tragic cocaine overdose just days after being brought into the league.

Without Bias covers his story, providing insight into one of the biggest surprises the sport has ever seen. There are several interviews from people in his life, as well as coverage of the events that led to his untimely end. A great look at the price of stardom.

The Last Dance won an Emmy for Outstanding Documentary Series, and for good reason. The series, which follows Michael Jordan through the peak of his stardom during the 97-98 season, gives never before seen insight into one of the most thrilling and interesting times of the NBA.

It pulls everything together through a mish-mash of fresh stories, firsthand accounts, and plenty of original footage. If you’re a fan of the game or simply want to enjoy getting into the mind of one of the greats, you’ll enjoy everything it offers.

4. The Other Dream Team

Everyone remembers the famous dream team. The Other Dream Team looks at another squad during the 1992 Olympics, the one from Lithuania. While they did not beat the USA, eventually losing to them in the semifinals, their push represented a significant change in the world.

The documentary approaches Lithuania’s story from an outsider’s look, using a series of recent interviews and classic footage to capture both the state of the game and the world from the early 90’s. It’s a basketball story that’s also about something much bigger than itself.

5. Shut Up and Dribble

If you want a more recent documentary, Shut Up and Dribble may just be for you. Where many basketball movies focus strictly on the game, this one goes in the exact opposite direction by looking at the social and political role NBA players have in larger society.

It covers many different aspects, ranging from the battle over power all the way to personal social activism. There are many important events covered, as well as a series of interviews from athletes and other important individuals connected to the game.

Doin’ It in the Park is a classic film festival documentary that follows New York City’s summer pick-up basketball scene. It does that by taking a look at the players at some of the hottest street ball spots in the city while also covering the game’s cultural significance in the area.

Though not as high stakes as NBA documentaries, the movie does a good job of exploring a truly unique world filled with all sorts of unique characters. If you’ve ever wondered how big the blacktop scene truly is, this is the documentary for you.

Lebron James is one of the most famous people on Earth. However, before his rise to stardom he was just a high school kid from Ohio. More Than a Game covers the King before his ascent to the top of the NBA by looking at his high school team that started it all.

The film follows the highs and lows of the lives of Lebron, as well as his four teammates, as they struggle with their newfound spotlight at the center of the nation. It’s an interesting look at a young star, as well as what happens to the people around him. Great for all moviegoers.

8. Magic & Bird: A Courtship of Rivals

80’s basketball fans, as well as those who simply love the game, will enjoy Magic & Bird. This documentary covers two of the most famous players to ever play the game, and goes over their famous feud to see exactly what drove them to become such superstars during their prime.

However, the movie doesn’t stop there. Though Bird and Magic are the focus, the story covers the NBA as a whole and shows how the two amazing talents helped bring it back from the brink. There’s a lot packed into this one, and it’s all incredibly interesting.

If college basketball is more your speed, check out The Fab Five. Where many documentaries look at players once they’re great, this one goes over the five players (Jalen Rose, Chris Webber, Juwan Howard, Ray Jackson, and Jimmy King) that forever changed the NCAA.

The team was the first with five starting freshmen to make the national championship, and their story is quite compelling. Not only does the video cover their impact on college basketball, but it’s a great trip back to the 90’s. A true tale of swag, skill, and struggle.

There are many excellent ESPN 30-for-30’s out there, but when it comes to basketball Benji truly stands out. It covers Chicago native Ben Wilson (Benji) during 1984, the year he was shot and killed before being able to fulfill his potential as one of the biggest players in the NBA.

Not only is the documentary a gripping story and cautionary tale, it’s also an in-depth and important look at young stardom. Benji’s journey is interesting in its own right, but the film goes well beyond that and breaks down many critical issues that still face upcoming players today.

Through the Fire is an interesting documentary. Rather than following a high-profile player, it chronicles Sebastian Telfair during his senior year at Brooklyn Lincoln High School and covers the monumental decision of going to college or moving directly onto the NBA.

With that struggle at the center, the flim goes over how hard it is for high school players trying to make such big life-changing choices. There’s still a lot of talk about prep-to-pro athletes, and this story does an excellent job of breaking down the topic from a firsthand perspective.

Though Allen Iverson never got a ring, his unique style and outspoken attitude made him one of the most influential players to ever step on a court. That is what Iverson looks at, breaking down how AI forever affected both basketball and culture as a whole. It also details his life.

Though the movie never goes beyond into larger themes, it still provides a good look at one of the biggest and most iconic players ever. It’s worth watching just to see how far Iverson’s influence spread and what it meant to so many different people.

When it comes to basketball documentaries, Hoop Dreams is my number one. Few stories are as compelling, and few are able to touch on so many important political, personal, and societal themes. If you want a great movie, story, and basketball journey all in one, nothing compares.