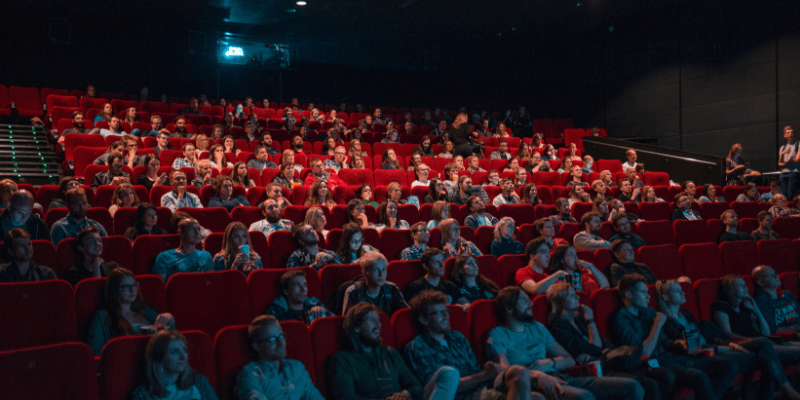 Basketball is a great sport to make a movie about. The mandatory teamwork, the tension-filled last moments of a game, and the inevitable finger-pointing and arguments between teammates. It sounds like the makings of the next Hollywood blockbuster.

Whether you’re a coach, a player, or just a fan of the game of basketball, you’ll find some of these movies fun to watch.

If you are looking for your NCAA or NBA basketball movie, this isn’t it. White Men Can’t Jump is a gritty, street-smart movie about two hustlers trying to make ends meet while playing hoops across Los Angeles.

Their love for basketball oozes out in this amazing movie, and Woody Harrelson and Wesley Snipes have fantastic chemistry as they often engage in friendly banter.

This is definitely worthy of the best basketball movie of all time, though it certainly has some competition at the top of the list.

How far will a college coach go in order to get the top recruits and turn around his losing fortune? That is what we find out in the 1994 movie Blue Chips.

Nick Nolte stars as the hot-tempered head coach Pete Bell who is tired of losing and wants to compete and win championships once again. What he is faced with is the possibility that he may have to break the NCAA rules to lure the players to his school, and the consequences that follow.

A great movie about struggle, past success, and the human condition. Nick Nolte does a great job here, and the NBA players (like Shaquille O’Neal and Anfernee Hardaway) do an admirable job as well.

Gene Hackman crushes every role he plays in and taking on the role of coach Norman Dale in this “based on a true story” movie he turned in another fantastic work.

Teaming up with the town drunk to ensure the high school basketball team has an excellent season, they work their tails off to be one of the best teams in all of Indiana.

Given the team is highly resistant to their new coach, and the townspeople set in their ways, the drama couldn’t be thicker. If you want a basketball movie that has a real, down-to-earth feel, Hoosiers is definitely the basketball movie for you.

When you combine Denzel Washington, Milla Jovovich, Rosario Dawson, and the directing of Spike Lee, you get He Got Game. Ray Allen plays the starring role, and does a surprisingly good job of acting.

The NBA All-Star plays a talented high school basketball player with a choice of schools to choose at the next level. However, his father, who is in prison for life for killing his mother, has other plans. Drama, tension, and basketball can all be found here. A real recipe for success.

If I had to guess, I would say Space Jam is the most well-known basketball movie on this list. Who doesn’t know the story of Michael Jordan being sucked into the land of the Looney Tunes to help them play a basketball game against the big bad Monstars?

If you love to laugh, have a thing for Bugs Bunny, and want to watch Jordan hoop it up with some cartoon characters, this movie is the one for you. A great family movie for those who are into basketball, and those who are not!

A ragtag group of high school kids play basketball to hide from the dark reality of their poor living and educational conditions. Coach Carter comes in, teaches them discipline and hard work, and in doing so makes them better men.

Samuel L. Jackson does a great job playing the fabled Coach Carter. The kids in the movie make their fair share of mistakes, but he always finds a way to keep them centered. A great movie about overcoming the odds, and redeeming yourself and lifting a team.

Most basketball movies are drama-filled, and revolve around teaching the audience an important life lesson. Here, it is nothing but comedy and tons of it.

Written by the acclaimed Jud Apatow, you are getting all the Dan Akroyd and Daniel Stern you can get. Throw in the more serious Damon Wayans role and you have a concoction of great comedians doing what they do best, entertaining.

This is a must-watch, not for the basketball, but for the fun that can be had watching the hijinks ensue.

This is a movie that has flown under the radar for far too long. Don Cheadle takes on the role of Earl “The Goat” Manigault, a historic streetball legend.

While the name Earl Manigault is mostly forgotten to today’s generation, this movie lives on to tell the tale of a man Kareem Abdul-Jabbar said was the greatest basketball player he had ever seen.

Basketball stories that are based on a true story are not hard to come by, but ones that are based on players this forgotten almost don’t exist. The fact that such an amazing player hasn’t been remembered is a sad testament to our mentality and a great reason that everyone should see this movie.

Basketball is a magical game that blends the line of racism. Good players recognize good players, no matter what skin color they have. If you are good at getting the ball in the hoop, you are a baller. That is what makes this movie so great.

At a time where black people were extremely looked down on, and segregation was rampant, one coach had the crazy idea of recruiting a bunch of black players to help bolster his team and take them to the top. It works, and so does this movie. A great movie with a message that is bigger than any person!

A tale of two lovers, growing up together and trying to forge their own paths playing basketball at USC. They face daily struggles, fights, and arguments. They overcome, persevere, and triumph.

A rollercoaster ride of a drama, Love & Basketball is a great watch for men and women alike. Seeing your struggles in their lives brings a closeness to the characters, making you care for them as if they were your own family. A must watch!

A rising basketball star deals with life on the Harlem streets. Two brothers, one a drug dealer and the other a security guard give him advice, pulling him in different directions and causing an internal conflict that is almost palpable.

The grit and rawness of this film make it feel extremely authentic. The New York streets, the city lights, and the bad neighborhoods all bring light down onto what a tough situation the inner city can be. If you are looking for a great basketball drama, Above the Rim is a great choice.

Hoop Dreams is not a fictional basketball movie, but rather a documentary about the path of two high school players on their path to college and even the pros. However, life is never that simple. They run into problems that most young men come into as they grow and mature.

If you want a real, visceral experience, then Hoop Dreams is the way to go. Given that it is the real, actual lives of these two young players, you get to see the behind that the talented players have to deal with every year. Though they are both talented, that doesn’t mean life will be easy.

Prefer documentary over movie? No problem! Check out our list of best basketball documentaries.

Did we miss any must-watch movies on our list? Let us know in the comments below!