8 Best Basketball Songs to Improve Your Performance on Court 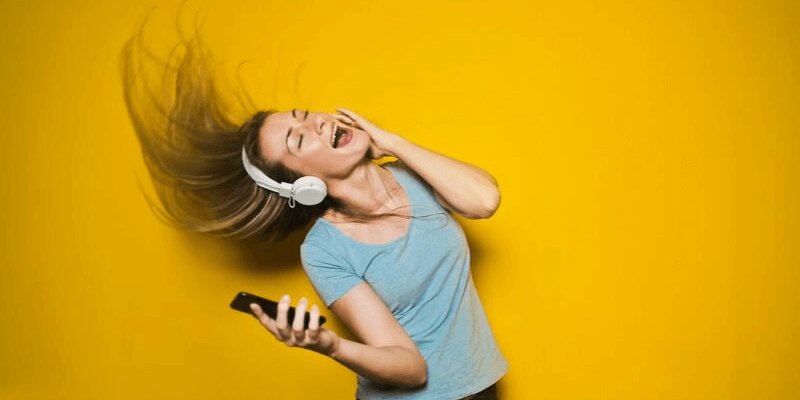 From the lyrics above, you can tell that music has eaten deep into the game of basketball.

The 70s enjoyed “Basketball Jones” from Barry White and Chris Rock. The 80s had a blast with “Sirius” from the British rock band—Alan Parsons Project. The 90s rocked to “Roundball Rock” from John Tesh—which remained a theme song for NBC until 2002. And the Millennial—they grooved to “Winner” by Jamie Foxx.

But, there’s a catch.

What does that mean? Can music improve your performance on the court?

Good question! You’ll get answers as you read further. Plus, we’ll be listing some all-time best basketball songs that can bring your A-game on—whether in training or a real game.

Here are three ways music can improve your athletic performance.

Music Takes Players Mind off The Sensations of Fatigue

The game of basketball involves a lot of endurance. Hence, with music, you can take your attention away from the feelings of pain and fatigue when you play the game. A recent study showed that music increases your endurance by 15 percent and reduces your rate of perceived effort by 12 percent.

Music also helps to increase the efficiency of players—especially if the rhythm matches the movement of a basketball player.

Music Induces Your Emotions and Deepens Your Enjoyment

Can you relate to this? You heard a song playing on the radio, and it took you down the memory lane? Well, that’s the power of music! It boosts your internal motivation by initiating good emotions—which helps you experience greater pleasure while you play.

Music Helps You Stay “In The Zone”

“In the Zone” refers to an altered mental state of awareness during your activities. So, pairing music with the game of basketball helps you to get feelings of energized focus with little conscious effort. It’s more like a trance-like state that stimulates and enhances your performance.

Now, you have seen how music can enhance your performance on the court.

Here are eight of our all-time best basketball songs.

The Best Basketball Songs: Our Picks

Here’s a list of our best basketball songs in descending order.

“Basketball” is one of the most famous songs written about the game. It’s obvious. Kurtis is a huge fan of the game. Thus, he chose to pay his tribute. The lyrics say it all—“feeling like Jordan…I know they want me to fall/ So, just pass me the ball.”

The rap song was so great that Lil Bow Wow did a new version of the song in 2002 for his movie, “Like Mike.”

Kendrick’s song was pretty clear. He talked about how so many kids looked up to Mike when he was still at the top of his game in the NBA. You’ll love this song if you’re a player that intends to improve his skills. The hit song will make you feel like; Mike has got your back.

Pay attention to the intro and verse that says—“I used to want to be like Michael Jordan/ figure I would hit the NBA and make a fortune/Man the game chose me…the only thing I did wrong was make it possible.”

Michael Jackson—the great king of pop, decided to add “Jam” to his album—“Dangerous.” Heavy D handled the rap, and the video took the song to a whole new level—with Jackson teaching Jordan how to dance and Jordan showing Jackson how to slam the rim. Was that awesome or what?

You know the answer!

The rhythm of the song is strong enough to initiate a fantastic layup that would result in a breath-taking dunk.

The song also teaches that two things bring glory to a player: overcoming competitors and becoming one of the best players on the best teams. With this song sending sensations to your brain, all you’ll do is win.

The song title, “Winner,” says it all. It can give you all the positive vibes and confidence required for any game. The song also takes you down the memory lane of the 2010 NBA finals—where Kobe Bryant had his legendary season.

“Winner” will do the trick, especially when you hear the chorus—“I feel like I can’t miss/I know they want me to fall/but ain’t nothin’ bigger than this/So just pass me the ball….Winner, Winner Winner/I can’t miss, can’t lose, can’t miss.”

The words are encouraging, right? So, do you still have fears? No way! I thought so too.

The title of the song “Sirius” refers to the brightest star in the night sky. What does that mean to you? Of course! You’re the brightest star on the court. The Alans Parsons Project released the song in the early 80s. The song enjoyed airplay at various sporting events—specifically as an opening lineup theme for basketball teams.

In the song, “Sirius,” the singer mentions that you can do it even if it looks like an impossible feat. You can ponder on this verse—I am the eye in the sky looking at you/I can read your mind/I am the maker of rules.

To prove that John Tesh did a fantastic job with “Roundball Rock,” NBA made it their theme song in NBC from the early 90s until 2002. The song is a good representation of the pinnacle performances of NBA players in the 90s—which would help you stay at the top of your game today.

“Sweet Georgia Brown” was linked to basketball since the Harlem Globetrotters performed it. It was interesting to watch the team shoot hoops, spin the ball, and perform tricks. It’s a perfect go-to in preparation for any game.

Now, you have a great idea of how music can affect your basketball game. Here are four things you can do: grab your bracket, crank up some tunes, take it to the hoop, and enjoy every move you make

We would love to hear from you—what do you think about our list of songs? Did we miss out your favorite song that sustains your groove on the court? Share your thoughts and comments.