What Are The Best European Basketball Leagues? 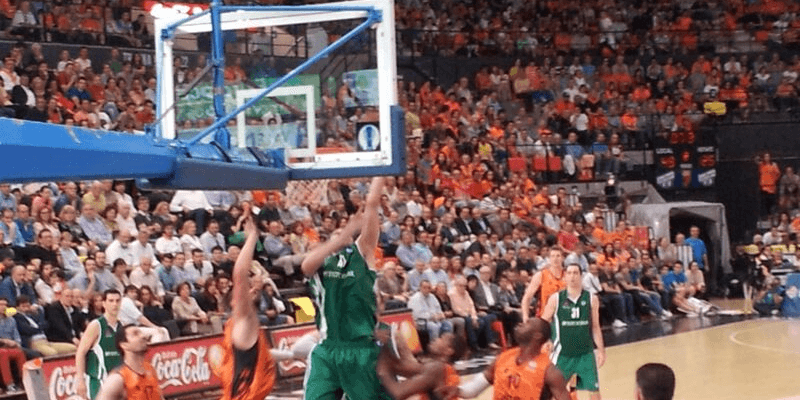 While the NBA is without a doubt the number one destination for elite basketball players, there are a ton of other leagues spanning the globe. But if you want high-level basketball outside of the United States, Europe and their associated leagues are the best there is.

Let’s take a look at exactly which European leagues are the best, and what makes them so good. You will be shocked at the magnitude and high level of play produced in these leagues, and are certain to see some familiar faces as well!

The crown jewel of European basketball. The EuroLeague has long been the dominant basketball league in Europe, and that doesn’t seem to be ending any time soon. It is often one of the best ways for international league players to get to the NBA (Bogdan Bogdanovic, Kristaps Porzingis, Nikola Jokic, Luka Doncic).

The league has a great attendance rate, games feel extremely professional, and the talent is the best you can find outside of the NBA. A lot to love about this league and it is only going to get better!

The Basketball Champions League is run by FIBA, thus having the backing of the governing body of basketball makes it a big deal. This tournament, comprised of 16 of Europe’s best teams battling it out to take home the trophy. A great idea, and FIBA executes it flawlessly.

Great talent, high-level coaching, and energetic fans make the Basketball Champions League one of the best sporting events in Europe. While it doesn’t quite match up with the EuroLeague in overall likeness to the NBA (it is a round-robin tournament, after all), it is still a ton of fun and basketball played at a high level.

Spain has long been a great nation for basketball, and the Liga ACB is the top league in the country. Some great NBA players have made their way through this league, including the Gasol brothers, Ricky Rubio, Luis Scola, and more.

he Liga ACB is one of the most attended indoor sports leagues in the entire world. Average attendance is upwards of 6,000, giving the league a very large fanbase. Who can blame them? You get great basketball and coaching in one of the most lovely places in the world!

While the Adriatic League may not break any attendance records, nor be on many people’s radars, it has been churning out NBA players over the last few years. NBA scouts are all around the region, so many players opt to play here for exposure and the slight chance that they will catch the eye of one of these NBA employees.

Don’t expect the most high-level teams in this league. It is more focused on individual player development, and getting players ready for the big leagues such as the NBA. And by the numbers, it looks like they are doing an exceptional job.

Moving over to France we have the LNB Pro A. Now known as the Jeep Elite, this league has been around since the 1980s, giving it plenty of history. France is one of the nations known for producing top-tier NBA athletes such as Rudy Gobert, Tony Parker, and Nicolas Batum. This league helps mold and shape many French players as well as foreign players looking to get playing time.

While the modern version of this league spans back to the 80s, the French league itself goes back all the way to the 1920s! Talk about a league that has endured and thrived!

Turkey’s premier basketball league features 15 teams of well-coached players, many of whom find themselves in bigger leagues as they grow as players. Shane Larking and Bogdan Bogdanovic have both played in the league over the last few years to name a few.

The amount of American basketball players that find themselves in Turkey in the Super League shows how good the league is, and how well the players are treated. This also draws the eyes of NBA scouts, ready to find the next great international player.

The Lega Basket Serie A is the top league in Italy, and one of the best leagues in Europe. How good are their teams? The teams from this league have won the EuroLeague Championship a record 13 times. That is impressive given the high level of competition in the EuroLeague.

Given their record in competition, it is no surprise to find high-level coaches and staff running these teams. Also, they draw a lot of players looking for recognition in the NBA. Playing there definitely gives them a chance to make it in America.

Germany is known for a lot of things, but basketball probably doesn’t jump to the front of your mind. That is a shame, because The Basketball Bundesliga is a fantastic league that is ran as well as any other league in the world. Organizations and teams work together to keep this league running on all cylinders at all times.

We would categorize this league as “on the way up,” even though they have been around for a long time. They are starting to produce some extremely good talent, with players such as Dennis Schroder making their way to the NBA scene.

The Greek Basket League features 14 teams that play a 26 game season spanning 9 months of the year between October and June. Despite there being 14 teams in the leauge, only two are truly elite, Panathinaikos and Olympiacos. Between these two clubs, they have dominated the league since the 1990s, leaving little room for any other contenders.

Though the league is dominated by a couple of teams on a regular basis, good basketball can be observed from the top to the bottom of the league. Crowds are very into the games, so much so that they had to shut down the championship game due to riots and restore order before the game could be finished.

There is no way you can talk about international basketball leagues and not mention the Israeli Basketball Premier League. They have long had a relationship with the NBA, going back to the 80s and 90s when teams would have exhibition games with them. This brought a bit of worldwide fame to the league which lasts even today.

Some big-name NBA players have come through this league, including Nate Robinson, Omri Casspi, Dragan Bender, and Carlos Arroyo. Talent overflows the league, with every team having the firepower to contend on a nightly basis. This makes the league extremely competitive, and an absolute blast to watch.

If you have been stuck in the world of American basketball, only watching NCAA or NBA games, you have been missing out. Do yourself a favor and catch an international game or two. Watch some EuroLeague games and see what the world has to offer on the basketball court.

Have you watched any European basketball leagues? If so, which do you like to watch? Let us know below!