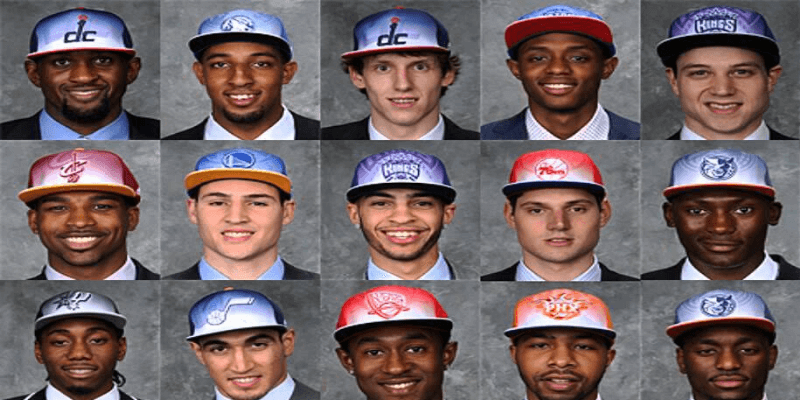 The NBA draft is an exciting process for players and fans alike. For players, it’s the day that their dream of making it to the NBA finally comes true. For fans, it’s a chance for new players that might someday become superstars to join your favorite team.

If you’re not familiar with basketball, you might not even know how NBA draft works. If you love the game, the draft day can create huge hype for the upcoming season.

One thing that really makes the draft day memorable is when the newly drafted players put on the NBA draft hat of their new team for the first time.

There are always big smiles and plenty of cheers from the fans at this moment and putting that hat on marks a new era for everyone in the player’s family and for the team he is playing on.

Who Should Get This?

Any die-hard NBA fan might want an NBA draft hat to mark the day a new player got drafted. These hats can turn into collector’s items if the drafted player ends up being an NBA star-level player.

Imagine if you had the same style hat that Michael Jordan or Magic Johnson wore when they were drafted?! Even lesser-known players still make for good momentos so one of these hats can be an awesome piece of basketball memorabilia.

These hats are usually snap-back style hats, so they are also good for anyone who has a large head or if you might want to share the hat with friends or other members of the family.

The adjustable design means they can fit just about anybody and oftentimes they come in the newest logo or design the team has.

This cool NBA Draft hat from the Los Angeles Lakers 2021 season showcases the purple and gold style that real Lakers fans love. It has a snapback style design to fit any size head and comes with a metal pin and several unique embroidered patches.

This NBA Draft Hat is a great collector’s item for any real Chicago Bulls fan. It features the classic bull logo in a simple but solid all-black design. The hat also comes with several cool patches and a removable “Chi-Town” pin.

This New Orleans Hornets Draft Hat is stylish with the solid blue look that Hornets fans will love. The front features bold lettering that really stands out and the NBA patch on the front makes it feel like a collector’s item and throwback all-in-one.

The solid blue and gold look of this Golden State Warriors Draft Hat should appeal to any of you Warriors fans out there. It has the look of the traditional Golden Gate Bridge logo that defines the team as well as several patches a pin that makes it really stand out.

This all-blue 76ers Draft Hat has a simple but flashy look that is perfect for fans of the team from any era. It has a snapback design so it can be worn by anyone and the classic logo on the front is one of those old-school style logos that are always cool. A liberty bell pin also adds a nice touch to this awesome hat.

Indiana is a state in the USA that just loves basketball and this Indiana Pacers Draft Hat is a great addition to the collection of any fan of the team. It has the Pacers team name in bold upfront and the P logo on the side.

The Miami Heat is a favorite team of basketball fans around the world and this Draft Hat is perfect if you are one of them. It has the Heat logo embroidered onto the front and side of the hat and has a red bill with a black cap. Miami Heat gear is always cool for some reason and whether you are a fan or not, this hat just looks good.

This Washington Wizards Draft Hat is simple but is a great addition to the collection of any Wizards fan. It is a snapback design hat and has the team’s logo layered on the front for an interesting effect that is catchy to the eye.

Fans of the Knicks have had a disappointing few years but this Draft Hat is sure to add a little style to your closet if you’re a fan waiting for more wins to happen soon. It has the classic Knicks logo on the front and is one of the most recognizable logos in the game.

Fans of the Celtics out there are sure to enjoy this bright green Draft Hat. It is the solid green look that has become legendary across the world and a symbol of basketball excellence. It even has a small shamrock pin for good luck.

If you’re a collector of NBA gear or hats, in particular, you are going to want to keep the items you collect clean and protected so they hold their value over time or just look good when you decide to wear them.

Check out these resources here and here for some tips and suggestions on how to keep your hat looking clean whenever you wear it.

Also, if you’re looking for a particular year of a draft hat, it might be hard to find. Your best bet would be to look at eBay or check out the official NBA store. Regardless of where you find your hat, treat it with care and it should last a long time.

An NBA Draft Hat is a unique and great addition to any basketball fan’s collection. They can be a little hard to find so be sure to follow the links above if you see your favorite team. And if you are a basketball fan and have never watched the NBA draft, give it a try and get in on the excitement!