What Are the Best NBA Podcasts? 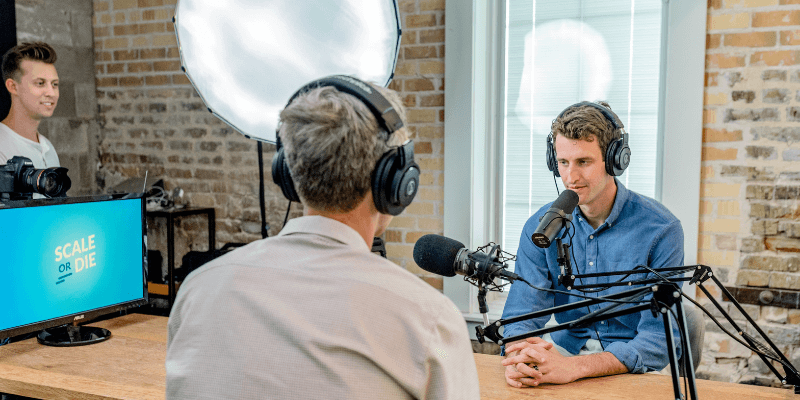 But with seemingly everyone having a podcast today, how do you know which ones to check out and which to hold off on? If that is a question you have you’re in the right place. This article is going to look at some of the best NBA podcasts you can listen to today.

If you want to listen to one of the best NBA reporters and potentially the smartest person in sports, you need to check out The Lowe Post. This Zach Lowe-hosted podcast is simply one of the best in the game. He explains things in a very clear manner, while remaining entertaining and thought-provoking.

In addition to himself, Lowe frequently has incredible guests on his podcast and he is a fantastic host. He ensures to let the guest talk and will bring up topics of conversation that relate to the guest and their unique situation or experiences. The show will change every episode depending on the type of guest he has, and that makes for a great listening experience.

Dunc’d On is a podcast hosted by none other than Nate Duncan. If you want to learn about the details of the NBA from salary cap to the ins and outs of scouting, Dunc’d on might be right for you. The podcast doesn’t focus on hot takes or buzzwords but instead looks at facts and things that can actually be measured and analyzed.

He is also incredible at reviews. Whether he is reviewing a particular game, a draft class or a team, you can rest assured that you will learn something new. The analysis included in this podcast is taken very seriously and is second to none in the space. That in itself makes it worth a listen.

If you follow the NBA, there is a very good chance you know who Adrian Wojnarowski is. He is one of the most respected reporters in the league and is always breaking trades or other important NBA news. But in addition to Twitter, you can also hear from Woj on the airwaves.

The Woj Pod has some of the most incredible guests in the NBA podcast world. He has had star players sit across from him, as well as GMs and even the commissioner of the NBA, Adam Silver. He gives you an insider look at those most involved with the NBA and shows you a different side of who they are.

The podcast gives you incredible access to some of the biggest names in the NBA today. There is talk of the game itself, what happens behind the scenes and so much more. No matter who the guest is, you will certainly learn something new.

Also, McCollum is a natural as he was a former journalism major in college and knows his way around an interview. It is rare we see a player in their prime who not only can run a podcast, but an exceptional one at that.

The Ringer is one of the most popular NBA websites on the planet today, and their podcast is just as popular. Nearly everyday, the podcast touches on the biggest news, storylines and talking points in the NBA. The podcast features an incredible roster or basketball reporters who each bring something unique to the table.

Some conduct interviews, some cover hot takes, some look at stats and others do a wide range of other things. No matter what you like to listen to or what type of basketball fan you know, The Ringer NBA Show likely has something for you. It is like getting multiple podcasts in one subscription, so we recommend that you check it out.

Do you know a basketball podcast that you feel deserves a spot on this list? If so, let us know in the comments below.