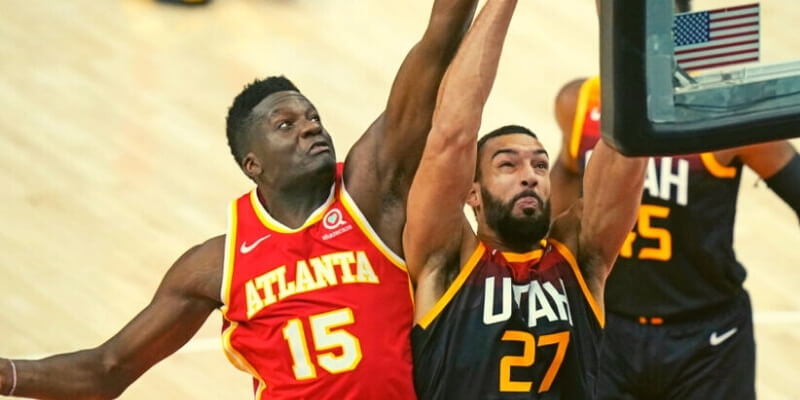 Despite how much offense occurs in today’s NBA, rebounding is still essential. It may not be as flashy as high flying dunks or long threes, but it’s a skill all good teams (and players) need on their side. That’s why the best teams usually have hard workers down on the block.

I have been around for thirty years, and almost all of them have been spent either playing or watching basketball. That experience with the sport, both first and second hand, has allowed me to properly understand the current NBA and what it takes to be a great player.

Here, I will cover each of the NBA’s top rebounders by looking at their stats, as well as how they impact their team. All of the following players aren’t just good at one thing, they have a multifaceted skill set that helps put them above the competition.

Keep on reading to learn more.

The Chairmen of the Board

Rebounding may not be as in fashion as other parts of basketball, but it still matters. Though it’s easier to see how points or assists readily impact a game, no top team has ever been able to succeed without someone crashing down on the block.

When looking at recent stats, no rebounder can match up to Clint Capela. The big man was always solid in Houston, but it wasn’t until he reached Atlanta that he came into his own. He has improved his rebounds per game each year, eventually peaking at 14.3 last season.

That number was good enough to lead the league, sitting nearly a point above the second place player. But he doesn’t stop there. Capela also protects the rim with staggering efficiency, and is an incredibly solid defensive player on all fronts.

The other reason his rebounding is so impressive compared to other players is his high emphasis on offensive boards. He pulled in a staggering 4.7 per game last year, and has averaged more than four over the last three seasons.

Defensive rebounds are important, but offensive ones lead to more possessions, points, and wins. Nobody grabs them like Capela.

A complete defensive threat, Jazz superstar Rudy Gobert finished second in rebounding last season with 13.5 a game. He also averages 11.3 for his career and managed to finish around the top of the league almost every season he’s been in the NBA.

As with Capela, he puts a high emphasis on offensive rebounds (averaging more than three) which makes him a crucial part of the Jazz’s high-scoring offense. That focus, mixed with his raw stats, shows why he’s such a special talent.

On top of that, the seven footer has been on the all NBA defensive team five times and has a stunning three Defensive Player of the Year awards. He’s a stellar rebounder, and one of the best big men playing in the game today.

Despite a rather lackluster 2021 regular season, Giannis still managed to finish top ten overall in rebounds. The big man pulled in 11 a game last year, and has averaged over ten a contest for each of the last four seasons.

His offensive rebounding is not as high as the two above players, but he yanks down defensive boards with amazing efficiency. He uses his height and length to his advantage, reaching up and pulling down all sorts of shots above smaller players.

Of course, it also helps that, with the Bucks Finals win, he is also a Finals MVP. Where most of the best rebounders excel at defensive stats, Giannis is simply one of the best all-around players in the current league.

He has two MVP trophies, has made five all-star games, and brought a trophy to a city that hadn’t seen it in decades. All of that, backed by his pure rebounding stats, is what makes him such a special talent.

While his recent play leaves something to be desired, Andre Drummond is an all-star on the boards. The big man not only pulled in twelve a game last year, good enough for fourth overall in the league, he averages a staggering 13.7 a game for his entire career.

That impressive mark puts him eighth overall in rebounds per game for all of NBA history. Not stopping there, Drummond recently became the first player since Dennis Rodman in the mid 90’s to lead the league in rebounds for three straight seasons with at least 15 a game.

He has been a league leader in that category three times, and continues to be an asset down low. Few big men are as consistent as Drummond on that front.

Though he’s not quite the low-block monster as some of the other players on this list, it would be hard to cover today’s top rebounders without mentioning Russell Westbrook. As a guard, he has always been a monster on the glass and finished seventh overall in boards last season.

A perpetual triple-double machine, Westbrook also averages more than seven rebounds for his career. Even more impressive, he has averaged over ten rebounds a game in four of the last five seasons. His peak hit 11.5 last year, which is more than most big men.

Even if his raw stats aren’t as impressive as players like Giannis or Capela, guards simply don’t have the rebounding potential Westbrook does. In fact, there wasn’t another guard in the top twenty-five last year, showing what makes him such a special talent.

When watching basketball, it’s easy to forget about rebounds. They happen on nearly every possession, which causes them to quickly get lost in the shuffle of scoring and defense. However, there’s no denying they make a big impact on the game.

Each of the above rebounders crashes the boards at an extremely impressive rate. They are also big threats and defensive powerhouses in their own right. While rebounding never stands on its own, backing it up with other impressive skills makes it an essential part of the game.