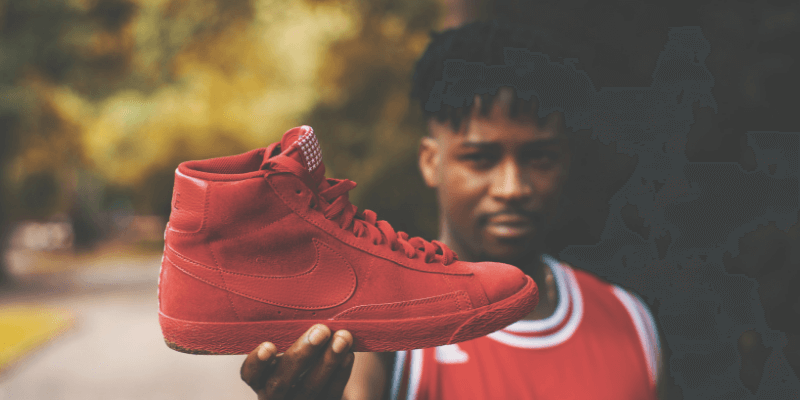 There is a wide range of excellent basketball sneakers on the market, and many of them are endorsed by NBA players. In fact, some of the best and most well-known models money can buy come from the top of the basketball world.

However, choosing just one isn’t easy. There are several options, and they can all blend together if you don’t know the difference. To help with that, this guide analyzes the greatest signature shoes to help you pick the one for you.

This section covers the top signature shoe from each current player in the NBA and breaks down the traits that set them apart.

Steph Curry is one of the most celebrated and iconic players in NBA history. Not only does he have three rings with the Golden State Warriors, but he is also second in all-time three pointers made despite only having 12 years in the league. He’s a true shooter who changed the game.

The Curry 7 is his signature shoe, and one that’s worthy of his name. The model comes with excellent traction as well as a lightweight feel that enables you to run or cut. That, mixed with the extra ankle protection, makes it a perfect choice for guards who like to make quick moves.

Durant is one of the biggest names in basketball. Being drafted highly by the Seattle Supersonics (now Thunder) he went on to win two rings with the Warriors. On top of that, he’s an excellent shooter, 2-time NBA finals MVP, and an 11 time all-star.

The 13, his signature shoe, is a roomy, comfortable model that’s perfect for both guards and big men. They are lightweight, but still have a durable base that helps you jump and run. That, mixed with the zoom air unit, enhances your performance regardless of where you play.

No basketball player is more famous than Lebron James. Known as The King, the kid from Akron has four NBA championships, four MVPs, and has been to the finals a staggering 10 times. His 13 All-NBA first team is perhaps even more impressive than that.

To match that prestige, the Witness Vs are a lightweight but strong shoe that comes outfitted with ample features. Anyone looking for extra ankle protection or a high top will love what they offer. That includes forefoot lockdown, a resilient foam midsole, and a breathable mesh build.

Kyrie has been one of the top guards since he was drafted first overall in 2011. He has played with several teams, and won a championship with the Cavaliers in 2016. He has backed up that incredible season with 7 All-Star appearances as well as a Rookie of the Year Award.

The Kyrie 7 is an incredibly well constructed, springy shoe with a 360-degree traction pattern and responsive Zoom Turbo unit. There’s a lot of comfort throughout the sole and there’s extra protection around the collar. A perfect choice for guards who like to make quick cuts.

The 2018 MVP, James Harden is a lights out three shooter who has three scoring titles to his name. On top of that, he’s been to the All Star game six times, been an All-NBA selection seven times, and earned Sixth Man of the Year in 2012.

His shoe, the Stepback, is a well-rounded option for players who tend to run hot. It comes with some of the best ventilation on the market. The lightweight design also makes it fun to wear. It’s fully cushioned and manages a tight, secure fit without being too tight, stuffy, or uncomfortable.

Giannis is one of the premier big men in the league. Despite only being around for eight years, the 7-foot point guard has 2 MVPs, 5 All-Star appearances, and 3 All-NBA First Teams to his name. He even netted a Defensive Player of the Year award during his impressive 2020 season.

Those who want to match Giannis’ power will love the Freak 2. It’s a wide, powerful shoe with a stable base and outsole. That combination makes it great for big men or wings who want better responsiveness. They also come with a unique look perfect for those who care about style.

Top 20 all-time in both three percentage and threes made, Klay Thompson is one of the best shooters to ever play the game. He’s a lockdown defender and long-range threat. His skill and athleticism were both vital to the Golden State Warriors’ three-ring run during the 2010’s.

The Anta KT6 is his most recent shoe. It utilizes special 3D HUG and Smart S.A.M technology to create a blend of support, stability and cushioning. That mix makes them excellent for hardcore players who want to push themselves without worrying about long-term discomfort.

Despite coming from the lesser known Weber State, Damian Lillard has turned into one of the best three shooters in the NBA. He’s a 6 time all-star, and won Rookie of the Year in 2013. He has one of the league’s best clutch shooting percentages as well.

The Dame 7 is a great shoe for guards and wings alike. It has an excellent court feel and utilizes its special traction to allow you to stop or turn on a dime. There’s a strong balance and the energy return is top notch. They have a unique, eye-catching outer design as well.

Though he’s never won it all, Paul George is a true star. Not only has he been to seven All-Star games, but he made the All-NBA First team in 2019 and the All Third Team five times. On top of that, his tenacity earned him the Most Improved Player Award in 2013.

His newest shoe is the PG 5. It’s breathable, thanks to the mesh upper, and comes with one of the most supportive bases on the market. The multi-directional traction is grippy and responsive too. It’s a fantastic choice for players who spend a lot of time playing inside.

Chris Paul, known as CP3, is one of the best point guards to ever play in the NBA. He’s an 11-time All Star, six time assist leader, and 11 time steal leader. He’s also on the all-time three point list and has made the All-NBA First Team four times in his impressive 16 year career.

His VIII is a solid shoe. Outfitted with a tough sole and flight web fit system, it’s an incredible blend of stability, power, and style. That’s then backed by Lunarlon foam, which creates a soft, responsive feel no matter how hard you play.

Kawhi Leonard has done big things since being drafted by the Spurs in 2011. Not only does he have two championships with two different teams, but he won MVP in both series. He’s a great shooter who also excels at defense as shown by his two Defensive Player of the Year Awards.

His OMN1S is a unique, stylish shoe that puts a high emphasis on comfort. The added cushion throughout the midsole and heel creates a stable base that helps you jump and run. It has great lockdown too.

Joel Embiid is a 7-foot superstar center who can score from anywhere. Despite only being in the league for six years, the big man has 3 All-NBA Second Teams and 4 All Star games under his belt. He’s also a great rebounder and one of the best shot blockers in the league.

Those marks are why players who need a strong base will love the Embiid 1. The star’s signature shoe is a durable, stable, and powerful model with comfort in mind. There’s plenty of lockdown and it has excellent midsole flex. You can strap in and get ready to bump around.

The face of an extremely talented Jazz team, Donovan Mitchell is a pure scorer and insane athlete. He’s new to the league, but the 24 year old already has two All-Star games to his name, as well as an All-Rookie First Team and a Slam Dunk Contest trophy.

His signature D.O.N Issue 2 is a comfortable, stylish model complete with a synthetic sole, and mobile design. That, backed up by the springy outsole, creates a shoe that’s perfect for players who value flexibility in their game. This is great for anyone who puts an emphasis on footwork.

Nobody embodies a workhorse like the 2017 MVP Russell Westbook. A pure point guard, he is great offensively (2 time scoring champion) and has led the league in assists three times. That, mixed with his tenacious defense, also sent him to the All-Star Game a staggering 9 times.

If you value that skill, Westbrook’s Why Not Zer0.4 is for you. The shoe puts an emphasis on mixing speed with performance, and it does that with webbed laces on top of 2 Air Zoom units. There’s plenty of lockdown and the sole is durable enough for indoor and outdoor use.

Derrick Rose is a strong, well-rounded point guard who has been consistent throughout his impressive career. He’s been in the NBA for more than a decade. In that time he won Rookie of the Year, MVP, and All-NBA First Team honors. He has three All-Star appearances as well.

His latest shoe is the D Rose 11. It’s a larger model that puts a high emphasis on comfort. Guards will love the breathable mesh, while big men will like the strong sole and extra heel support. It has a great look and the laces pull tight to create a snug-but-comfortable fit.

Though he’s only been in the NBA one season, LaMelo Ball has the makings of a star. Taken third overall by the Hornets, the 6 foot 6 inch point guard quickly rose to the challenges of the NBA. He earned Rookie of the Year in his first season and has a bright, bright future ahead.

That promise is reflected in the Clyde All Pros. Coming from Puma, this model is stylish, sleek, and incredibly lightweight. It stays out of the way and is easy to wear for extended periods of time due to its ventilation.

These shoes, while not worn by current players, are from two of the best to ever step onto the hardwood.

With six rings, five MVPs, and six Finals’ MVPs, many believe Michael Jordan to be the best to ever play the game. He was a complete player, dominating on both sides of the court. That strive for greatness even allowed him to create one of the best known shoe brands on Earth.

The XXXV is a powerful model that, in line with the Jordan brand, looks and feels great. It has a lighter build that manages to stay strong due to the rubber outsole. The cables provide a tight fit and the high design provides ankle protection. A great pick for players who need a sturdy shoe.

Before his untimely death, Kobe was on top of the basketball world. A Laker Legend, the superstar won five NBA Championships and two Finals’ MVPs during his illustrious 20 year career. He also landed in the All-Star game an unbelievable 18 different times.

Following that incredible trend, the Mamba Focus is a great sneaker for players who want a slick, reliable low top. It’s lightweight and unobtrusive, but still has a great fit. The molded framework, tread pattern, and heel cage enhance performance and keep your feet safe.

There are many great basketball players, and many of them have fantastic shoes. No matter what player you like or what style of ball you play, if you do your research and break down different options you’ll find footwear that looks great and ups your game.