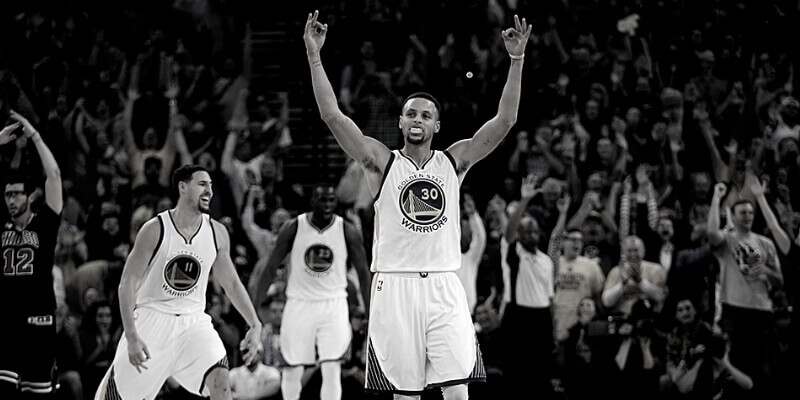 Every NBA team wants to start out great, but the reality is a cruel mistress. Each season, some teams do well early on, while others fall quickly. However, there have been a few teams throughout the years that have truly come out of the gates blazing.

I have spent more than twenty-five years playing and watching basketball. My experience with the sport, alongside some additional research, has given me a deep understanding of the NBA’s history and what makes some organizations so successful.

Here, I will take a look at the best starts in NBA history. We will cover the teams that were behind them, as well as the seasons they occurred in, in order to figure out how they managed to string together so many impressive early wins.

Check out each of the following sections to learn more.

Hot, Right at the Start

When it comes to strong starts, no team in history can touch the 2015 Warriors. Led by one of the strongest trifectas of all time (Steph Curry, Klay Thompson, Kevin Durant, and Draymond Green) the team stormed out of the gates to a staggering 24 straight wins to kick off the season.

Not only is that mark impressive, but no team has come close to matching that start. In fact, the two second-place teams on this list didn’t even get within eight wins. The Warriors were able to achieve that pace thanks to their strong defense, stellar offense, and superior long-range shots.

Though they would go on to eventually lose the Finals in one of the most famous comebacks of all time, their 24-0 beginning would take them to a 73-9 season. That broke the Bulls’ record of 72-10 and gave them the title of the greatest regular-season team in NBA history.

While not as prolific or as high-profile as the Warriors, the 93-94 Rockets did take their early success and transform it into an NBA championship. Led by Hakeem “The Dream” Olajuwon, they came out quickly, easily dismantling the first 15 teams they faced in the regular season.

As with so many other all-time great runs, the Rockets did not slow down there. After losing their sixteenth game, they strung together even more victories to eventually end up with an impressive 58-24 record. Not the best season ever, but one of the best for the organization.

Good starts don’t necessarily always translate to long-term success, but it did for the Rockets that year. They had the toughest defense in the league, and a slew of all-stars backing up Hakeem. That led to a trophy and one of the best runs the league has ever seen.

While most good starts happened in the modern basketball era, to find the other 15-0 team you have to go all the way back to 1948. At that time, the Washington Capitols were just in their third season when they managed to string together 15 straight wins at the start of the season.

That record may not sound like a lot, teams go on win streaks all of the time, but that start would set a record that would not be tied for almost fifty years and not broken for nearly seventy.

As with most other fast start teams, the Capitols did not end up winning the championship that season. They did take home their division, but they fell in the Finals when going up against the powerhouse Minneapolis Lakers 4-2.

Even so, their incredible opening games put them into the record books forever.

Right below the above two teams are the 2002-2003 Dallas Mavericks, as well as the 1957-1958 Boston Celtics. Both teams started off the season with 14 straight wins and then followed those victories up with incredibly impressive regular season finishes.

The Celtics would go 49-23, while the Mavericks would finish 60-22. Both of those records were good enough for a high playoff berth and primed each team for a deep run. Unfortunately, as talented as each team was on and off the court, their Finals dreams were not meant to be.

The Celtics would fall in the championship series 2-4, while the Mavericks got stopped in the conference finals by the eventual NBA champion Spurs. Despite the disappointing ends, both teams managed to get in the top five best season starts ever.

Though no team has ever won 13 games in a row to start the season, the 1996-97 Bulls and the 1982-83 Sonics both went 12-0 before dropping one in the loss column. Despite them both starting off strong, the two teams could not have been more different.

Where the 96 Bulls, who would eventually win 69 games and take home the first of three NBA championships, are considered one of the best teams ever, the 82 Sonics are the worst on this list. Despite their start, they only won 48 games and were swept in the first round of the playoffs.

The duality between the Bulls and Sonics shows that a fast start does not always lead to success down the line. Winning games is always better than losing games, but it says a lot that only two teams on this list would eventually go on to win the ultimate prize.

For most teams, making the playoffs is tied to kicking off the season right. That usually means stringing together a few wins. However, for the ones in this list, that means going above and beyond. Every team didn’t just win a few, they knocked down everyone in their way.

Losing one game happens, and being able to put it off for more than ten games is incredibly hard to do. Anything beyond that is crazy, especially when getting used to the season. That is why the above seasons were so remarkable and have not been matched since.