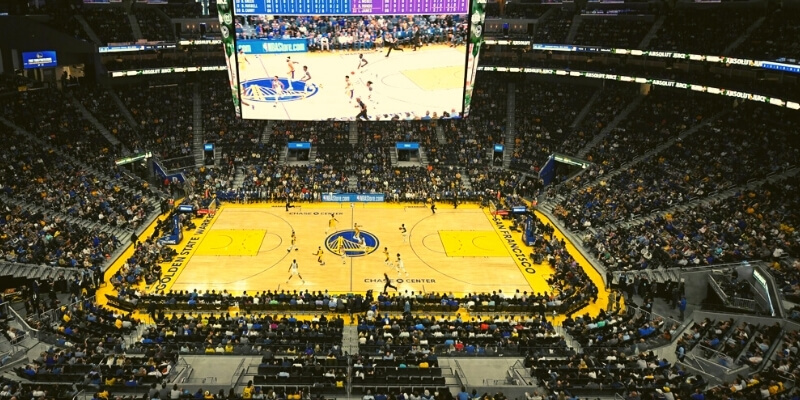 Basketball is an extremely fun sport to watch, especially when you can make it to a live game. However, sitting in the wrong place can take away some of the enjoyment. You need to try and get the best possible seats (within reason) to fully immerse yourself in the experience.

I’m a long-time basketball fan who has spent years and years watching games both from the couch and in person. My two-plus decades of spectating live events experience has shown me where you want (and don’t want) to sit when going to a game in person.

Below, I will discuss different places you can sit when watching basketball and then explain which areas are better than others. I’ll do that by breaking down budget considerations, personal preferences, as well as various scenarios and circumstances.

Learn more by reading on below!

Before getting into the nitty gritty, it’s important to note that all basketball arenas are functionally the same. While the layouts differ slightly from stadium to stadium, they are all pretty much equal. In that way, the following list works no matter what team you root for or where you live.

For a close-up view of the game, nothing beats courtside tickets. Not only do you get to be right down in the action, but it’s literally impossible to be any closer to the players. There are even special amenities that come with the seats, like unique food items or club access.

Just note that courtside at center court will give you the best, and most even, view of play. Though courtside seats at either end of the floor are still great, you won’t have the best view when play goes to the opposite part of the stadium.

The biggest drawback to these seats is that, while they are phenomenal, they aren’t that realistic from a budget standpoint for most fans. Good courtside seats can cost hundreds to thousands of dollars, especially in the playoff or more important games.

If you can afford it, however, there’s no better way to experience the NBA.

If you don’t want to pay the high prices for courtside tickets, you can save some cash and still get a great view of the game by sitting at the center court on the lower or medium level. The seats give you a full view and enable you to see everything as it happens.

Being on the sideline means you don’t have to worry about missing a key play or clutch stop no matter what team does it. You get a wider view of everything and can watch the plays as they develop from a truly different point of view.

Another great aspect of going to the center court on a higher level is that, not only do the seats tend to be cheaper than those on the lower level, you get to see the play unfold in a way that you wouldn’t necessarily be able to if you were down lower.

Some people may not enjoy being up a bit higher, but most arenas are shaped in a way where you won’t notice it at most times.

Another great place to sit in any arena is on the corner of the lower level. These seats are perhaps some of the most affordable for fans who want to get a closer view of the game, but they still come with a fantastic view.

Though you won’t get to see the plays as well as you would from center court, the angle of being right off the court does mean you get all the feeling of being down near the hardwood without paying some of the heightened prices.

As an added bonus, you get a perfect angle for threes and long shots without having to turn your head or adjust yourself. You’re also not behind anything, which means you won’t be obstructed at all. That in itself is worth something.

Though it might seem unintuitive, behind-the-basket seats are a great way to view a live game. While you do have to deal with the basket if you’re down too low, being back a few rows allows you to watch the game from a different point of view.

These seats are great for fans who want to be up close without paying the premium for courtside or near courtside seats. You don’t get to see all the action, but it’s something different that enables you to view the plays develop.

While not the best seats in terms of closeness, club-level seats are like courtside options in that they offer a unique experience you can’t get anywhere else. Though you have to sit away from the hardwood, you get plenty of fun amenities and extras with your tickets.

That includes complimentary food and drinks, many of which are high-end or not on the normal menus, as well as a private lounge area. That enclosed space makes this the best for people who want the lounging at-home experience with superior catering and in-person seats.

The angle here is nice as well. Some fans don’t prefer club-level experiences because they aren’t as close or as in the action as they might prefer, but that’s a tradeoff if you’re someone who enjoys getting out and still wants the feeling of a more casual hangout with friends.

Truthfully, there’s no one best place to sit in an area. Some fans might prefer getting up higher and being able to get a bird’s eye view of the action, while others like to get up close and personal near the court.

Where you sit comes down to what you prefer and what you’re willing to pay. Extra amenities are important to consider too. As long as you stay within your budget and get an unobstructed view of the game, you’re going to enjoy the experience. I hope your team wins.