Players with The Biggest Hands in the NBA 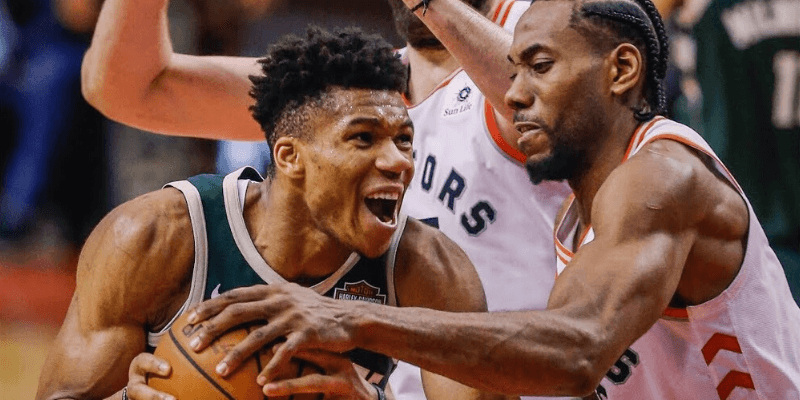 Having huge hands in basketball can be very advantageous— you can palm the ball easily and perform superb ball-handling skills. Better yet, huge hands make it easier for you to defend and get more rebounds. All-time NBA greats like Kobe Bryant and Michael Jordan have also discussed the importance of huge hands on different occasions.

One such example is when Kobe was once asked what he would like to change about his physical attributes. According to Lakersnation.com, Kobe’s responded, “Physically if I could change one thing, …the one thing that Michael Jordan had, some of the other players [I played with] had, is massive hands. I have big hands but their hands were huge. It means you could grab the basketball, pick up the basketball, and hold it, and control it”.

Since big hands can be advantageous, let’s take a look at some current and former NBA players with the biggest hands in the league.

Current Players With The Biggest Hands

At 7’4”, Marjanovic is the second tallest player in the league right now. His hands are enormous and can dwarf normal-sized hands, making them look like a toddler’s hands. Boban once took a photo with Ray McCallum with his hands on Ray’s shoulder, and the proportions were way off. Ray looked like a kid in that photo.

Often referred to as the ‘Greek Freak’ due to his size and incredible athletic capabilities, Giannis combines speed and ball-handling skills to maximize his skills and performance. His physical attributes helped him win the 2019 NBA MVP award. Giannis’ huge hands always make it easier for him to get rebounds and handle the ball with ease.

In a hand-comparison photo that he took with a Canadian reporter called Payal Doshi, Gianni’s hand was so huge that the reporter’s hand barely reached his palm.

Noah Vonleh, from the Minnesota Timberwolves, has been showing flashes of quality potential so far in his young career. In the next couple of seasons, he might fill up the stat sheets and become a top player, but he’s more infamous over his hand at the moment than his career.

At the 2011 NBA Draft combine, Vonleh’s hands measured, 11.75 inches in width and 9.75 inches in length. He also took a comparison photo with sports reporter Emily Austen, and his hand looked huge compared to Emily’s normal-sized hand.

Well, there’s a reason why Kawhi was nicknamed ‘The Claw’. His hands are 9.75 wide and 11.75 inches long, giving him an added advantage over his opponents on both ends of the court. He always amongst the top players on the steals leaderboard.

In 2011, Kawhi took a picture with Holly Mckenzie, which went viral. Holly had placed her hand on Kawhi’s palm and his gigantic hand dwarfed hers.

I enjoy how classic this photo has become. RT @TonyReali: Hand Up, Man Up! Kawhi Leonard. pic.twitter.com/nbVaJ8PNKa

Although Okafor’s career hasn’t matched the expectations coming into the league, Okafor’s physical attributes have never been questioned. In 2016, Bob Cooney shared a photo of Okafor holding a basketball in his hands. The basketball seemed as if it was smaller than it actually is.

This is Jahlil Okafor holding a basketball pic.twitter.com/Y0KfCwW7y6

The 6’1’’ Los Angeles Lakers point guard is one of the most versatile players in the league. He has the abilities and physical attributes to excel on both ends of the court and has even received four NBA All-Defensive team honors in his career. His hands are a big reason for this clocking in at 9.5 inches wide and 10 inches long.

He also has a huge 6’9’’ wingspan, which improves his style of play greatly. Even when he makes a mistake on the court or finds himself out of position, his reaction is very quick. It is fairly safe to say that his freakish hands and wingspan have only added to his game over his career.

Retired Players Who Have Big Hands

Shaq is one of the greatest NBA players of all time, and also one of the most imposing physical forces in the history of the league. Standing at 7’1’’, it doesn’t come as a surprise that his hands are some of the biggest ever in the NBA also.

During an interview with a younger Kawhi Leonard, Leonard was explaining what his nickname “The Claw” meant, and how his large hands played a big part in it. During the telecast, the other analysts on the program asked Shaq to put his hand on Kawhi’s to do a comparison. It turned out that Shaq’s hands were bigger than Kawhi’s by an inch or so.

Julius Erving’s hands have never ceased to amaze basketball players— even a veteran player like Micheal Jordan who was amazed by Dr. J’s hands. In an interview with Gene Siskel, Michael Jordan commented that Dr.J’s hands were big, making it easier for him to palm the ball.

These were Michael Jordan’s words “if you’ve ever noticed Dr. J’s hands, his thumb is so far away from his index finger, which gives him a better grip and a wider span so that he can pick up the ball off the dribble and do anything he wants with it”.

Do you think big hands can make a difference in basketball? Let us know your thoughts in the comments below.