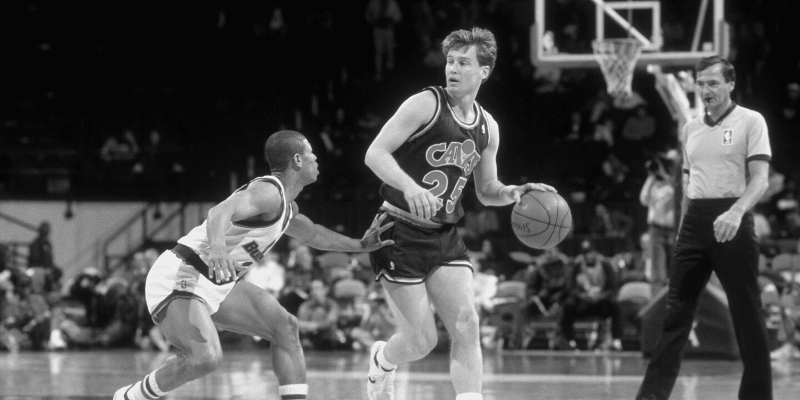 The current NBA prides itself on having a very competitive league night in and night out. In fact, there is so much talent now that no game on any team’s schedules is a guaranteed win.

This hasn’t always been the case, and during the early 1990’s, with the expansion of the league and addition of teams like the Orlando Magic, Minnesota Timberwolves, Charlotte Hornets and Miami Heat between 1988-89. These teams faced some growing pains in their early years and saw themselves on the wrong end of several lopsided blowouts.

But what is the biggest blowout in NBA history? Unfortunately for the Miami Heat, they were there for the whole thing.

It was an early-season matchup where the Cleveland Cavs hosted the Miami Heat. The game should have held no major meaning in the annals of NBA history but that changed by the end of the night. Both teams had played well so far that season. The Cavs held a 13-8 record while the Heat landed just a game under .500 at 11-12. Before we get into the details of the game, let’s take a glance at each team from that year.

As mentioned earlier, the Heat were in only their fourth year in the team’s history when this game occurred.

Their starting five consisted of a couple of players that sniffed some semi-regular success in Glen Rice and Steve Smith, a center in Rony Siekly who never quite reached his potential, and two players in Grant Long and Willie Burton who never did anything of note in their careers.

The Heat finished the year with a 38-44 record and made it to the first round of the NBA playoffs where their season would end in a sweep (more on this later).

The Cavaliers had some momentum heading into the 1991-92 season. They had made the playoffs three out of the last four years and their fans were excited about the potential of this particular team.

There is really no footage of this game online, but let’s take a look at some important game stats to understand what went down that night.

The game was mostly out of reach for the Heat by halftime with the Cavs leading them 73-53 but this is the NBA we are talking about. All it takes is a couple of stretches in the second half for one team, the Heat in this case, to get hot and the Cavs to go ice cold and we could see a decent comeback in NBA standards.

That was not the case this night with the Cavs tripling down in the second half and making history with their blowout. The game was never in doubt for Cleveland and the Heat stars definitely didn’t have it. Glen Rice, the Heat’s best scorer, only logged 9 points on just 8 total shots for the entire game.

One interesting aspect about the 4th quarter is that this was mostly played by both team’s second and third-string players, giving you an idea of the game being well out of reach for the Heat after only three quarters.

3. No Cavalier scored more than 18 points in the game

This stat didn’t initially jump out at me, but after some digging, I realized that the scoring was extremely balanced for the Cavaliers. A big part of this was the fact that the starters didn’t even play the fourth quarter.

While the score is all that really matters at the end of a game, if we dig a little deeper and compare some team statistics from the game we can see why this one ended in such a blowout.

5. Both teams were swept by the Chicago Bulls in the playoffs!

This was one of the most interesting aspects of this whole story and it had nothing to do with the actual game!

The Miami Heat limped into the playoffs as the 8-seed in the Eastern Conference and their prize for making the playoffs was the defending champion Chicago Bulls. The Bulls swept the Heat three games to none and moved on without ever looking back.

The Cleveland Cavaliers made it through the playoffs all the way to the Eastern Conference Finals where they faced the red-hot Bulls. The Bulls also swept the Cavs and then beat the Portland Trailblazers in the NBA Finals to capture their second straight championship, eventually three-peating in 1992-93 and cementing their place in NBA history.

When the game between the Cavs and Heat began on December 17th, 1991 I am sure no one ever thought they would be recounting it almost 30 years later. Each year on December 17th, however, someone always researches what happened “on this date in NBA history” and I am sure their jaw drops at this score.

But if you take a deeper look into this story, the score seems to be the least notable part about it.

Does any Heat or Cavs fan actually remember this game!? Maybe you remember watching the biggest blowout of your favorite team? Let us know about it below in the comments!