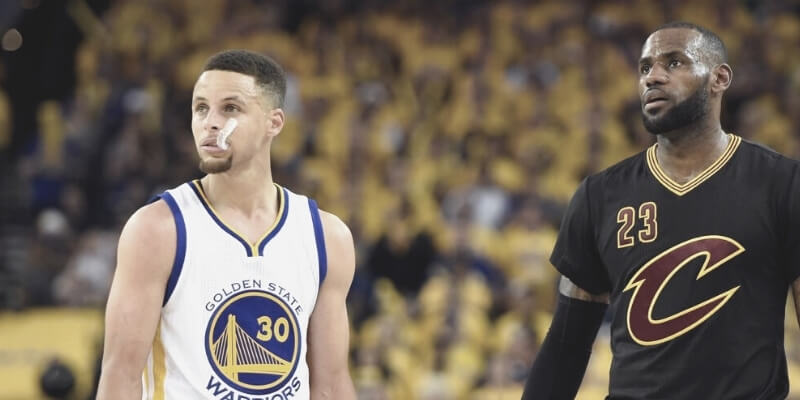 Everyone loves a good underdog story. It’s one of the things that makes sports so fun. That’s especially true in basketball, where exciting comebacks happen all the time. However, not all are created equal. Some games are truly special and deserve some extra attention.

I am a long-time basketball fan who has both played and watched the game at just about every possible level. I’ve been on both sides of amazing comebacks, and I’ve seen more than a few in my time with the game.

Down, but Never Out

There has been a slew of impressive comebacks throughout the NBA’s long history, ranging from series deficits to huge point swings, but the ones listed below truly stand out above the rest. Each one is a great example of why teams shouldn’t give up until the final buzzer.

The largest comeback in NBA history occurred in 1996, when the Utah Jazz, down by 36 points, stormed back against the Denver Nuggets to take a thrilling win. They trailed by that margin late in the second quarter and then took over in the second half to eventually take the game.

Despite being down 70 to 36 at the half, Utah managed to outscore their opponent by forty before the final buzzer. They ended up winning by four (107 to 103) and made history in the process.

While, as we’ll see below, a few other teams have come close to that comeback margin, 36 remains the largest since it happened nearly thirty years ago. It’s such a large number that it may well be a few decades more before it’s broken.

The second largest comeback in NBA history occurred in 2009 during a regular season contest between the Kings and Bulls. While not quite as large as the Utah vs Denver game, the Kings came back down 79 to 44 in just two quarters to turn the tables and win 102 to 98.

With little hope left in the third quarter, they went on a 19 to 5 run. Then, they followed that burst up with a 22 to 7 run in the fourth to close, and eventually overcome, the gap. This is the largest comeback in the NBA’s modern era and a testament to the phrase “it’s never over until it’s over.”

The third largest comeback in NBA history occurred just this year. At the end of April, the Celtics overcame a 32 point deficit when facing the Spurs in Boston. Unlike the other games, this one was even more exciting because it went into overtime, ending in a final score of 143 to 140.

Led by Jayson Tatum’s 60 point masterpiece, the Celtics managed to put together an incredible 42 point third quarter after being down by more than 30. That then turned into a strong fourth quarter. After tying the game up, they pulled away after the end of regulation in a true thriller.

Large comebacks happen in the NBA, but rarely do they come from an eight seed taking down a one. However, that’s exactly what happened in 2019 when the underdog Los Angeles Clippers went into Oracle Arena and shocked the heavily favored Warriors in a staggering comeback.

Already down a game, the squad was trailing by 31 points with 7 minutes left in the third quarter. While many teams would have thrown in the towel at that point, the Clippers came roaring back with a 25 to 10 run followed up by a strong fourth quarter that ended in a 135 to 131 win.

Though this comeback is not as big as the above examples, it’s notable in that it’s the largest playoff comeback in NBA history. Not only that, but it came from one of the most unlikely scenarios anyone could imagine.

The Clippers would go on to lose the series, but their win is still one of the most thrilling and exciting victories the franchise has ever experienced. The large margin, matched with the seemingly impossible odds, truly made it one for the history books.

Though it did not happen in a single game, it would be hard to make an all-time NBA comeback list without mentioning the 2016 Finals. There has been 13, 3-1 comebacks in the playoffs over the years, but the Cavalier’s victory is the only one to happen on basketball’s largest stage.

Down 3-1, Lebron and company rallied back against what many people consider to be one of the greatest teams ever assembled to take home the trophy. They played nearly perfect basketball during the last three games, winning them all in nail-biting fashion.

There were many factors at play during the series, including a timely Draymond Green ejection that took him out of game five, but there’s no denying the impressive comeback. Many have battled when down, but nobody has ever battled as hard when so much was at stake.

Basketball is one of the most exciting and perhaps the best sports in the world, and the above examples show why. Whether you’re a fan of the teams or not, there’s no denying that each instance was something special.

Though thirty-plus comebacks don’t happen very often, twenty-point swings occur in the sport all of the time. It’s not rare to see your team on the verge of a loss only to rebound in a huge way. Being down-but-not-out is just one of the aspects that makes the game so much fun to watch.