What does Bonus Mean in Basketball? 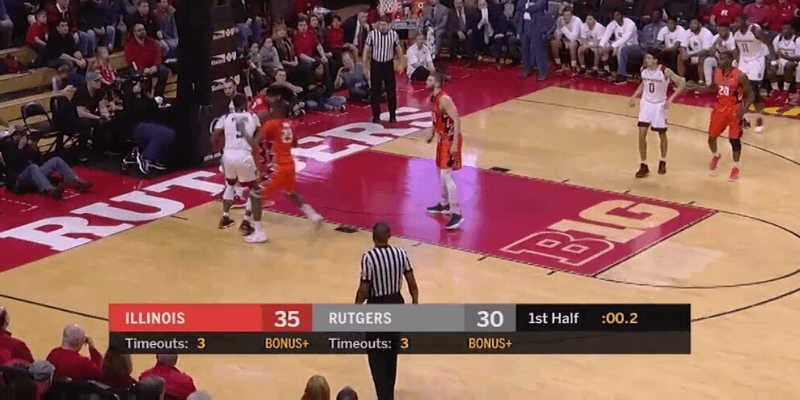 Imagine this. You’re watching the NCAA Final Four with your friends and, somewhere in the midst of the frenzy, you notice a player going to the free-throw line after a foul. The only problem is, that player wasn’t shooting.

Typically, players only shoot free throws if they are fouled while going for a basket. However, that is not the only way they get to the line. A bonus, which happened in the above scenario, enables players to shoot free throws during a non-shooting foul.

The bonus comes into play when a team accumulates a certain number of fouls in a given time period. When a team has committed the requisite number of fouls, each foul thereafter results in an opponent being awarded free throws regardless of the type of foul committed. The bonus rule differs depending upon the level of play, but it is important to know them.

In international play, FIBA (International Basketball Federation) rules are used. The FIBA bonus rule comes into play when a team is assessed its fifth foul. Beginning with that foul, and for all subsequent team fouls afterward, opponents are awarded free throws. In FIBA play, only defensive fouls are awarded the bonus. Any overtime periods are considered an extension of the fourth period for the purpose of counting team fouls.

Bonus rules in the NBA are similar to FIBA rules, but there are some major differences. Like FIBA, NBA bonus rules come into effect beginning with the fifth team foul in a quarter. That includes both defensive and loose-ball fouls, and there are special rules to prevent teams from committing multiple fouls without penalty.

In addition, the NBA has a unique bonus rule that applies in the final two minutes of a game or overtime. Teams may commit only one foul during that time period. When a second foul is called, bonus free throws are awarded.

Though the above rules are similar to FIBA, the NBA’s overtime rules are not. When a game enters an extra session, the team foul counts are reset to zero. The bonus rule then only kicks in with the fourth foul of any overtime period. As with regulation play, a team is awarded two free throws for a non-shooting defensive foul.

College basketball bonus rules differ from NBA, FIBA, and high school rules mainly because NCAA men’s games are divided into two halves rather than four quarters. Instead of the bonus beginning on the fifth foul as in the NBA, the bonus begins on the seventh foul in a half. The opponent is awarded what is termed a “one-and-one.” If a player makes the first free throw, he is awarded a second. However, if he misses the first he does not get a second.

There is also a double bonus rule in men’s college basketball. Starting with the tenth foul of a half, all non-shooting fouls are penalized by awarding two free throws to the opponent regardless if they make the first or not. Overtime periods are considered an extension of the second half in college basketball as well. NCAA women’s basketball follows FIBA bonus rules, which were instituted in 2015.

The National Federation of State High School Associations (NFHS) governs all high school sports. High school basketball bonus rules are unique in that they are the same as NCAA men’s rules. That is to say, a bonus, or “one-and-one,” applies on the seventh foul. In addition, a double bonus occurs on the tenth foul, and team fouls reset at the end of the first half.

Why was the Bonus Created?

Without bonus rules in effect, teams could simply continue committing non-shooting fouls without penalty. That would then let teams run the clock out late in games by committing foul after foul. Extra free throws shut down that style of play and keep teams honest.

Bonus rules come into play at all levels of basketball. The different bonus rules have created some interesting strategy decisions by coaches at all levels, which add depth to the play and creates a more entertaining product. I believe the bonus rule is a necessary part of the game as teams cannot simply continue to foul without some sort of penalty.