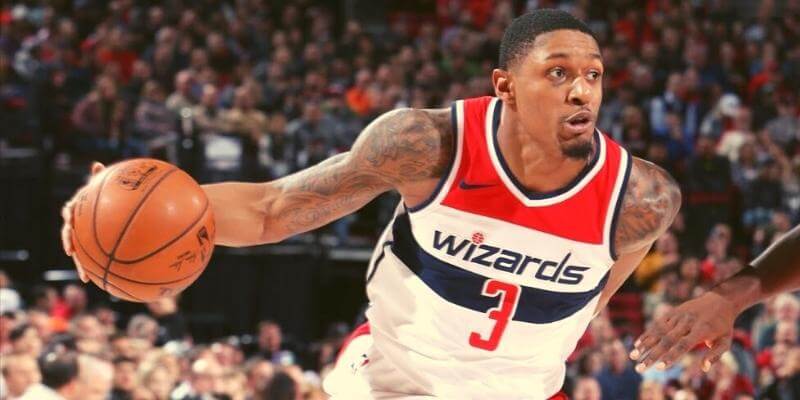 Being tall is an undoubtable advantage in the NBA, but not everyone needs to tower over the competition. In fact, there are quite a few shorter guards (point and shooting) that have excelled at the top of the league  Bradley Beal is one such example.

This guide analyzes Beal’s dimensions, and then shows how they inform his game. That breakdown will give further insight into how much such measurements matter in the NBA, and reflect how Beal managed to succeed despite his smaller stature.

For most of NBA history, height has always had a trade-off. Taller players have the obvious advantages of being able to rebound and score down low better than their shorter counterparts, but they also suffer from the fact that they tend to be slower and worse at outside shooting.

However, those lines have become blurred in recent years. Where once guards would be short and quick, while big men would be strong and clumsy, centers can now shoot or drive and many guards are much heavier or taller than they once were. In that way, Beal is much more classic.

Rather than supporting the trend of taller guards, Beal is on the shorter side of the spectrum. He stands at a modest 6’3. That’s not as small as points like Chris Paul and Damian Lillard, but it’s also shorter than a lot of newer draft picks.

Looking at the rest of the league, Beal falls right in line with the average NBA point guard. He’s not terribly undersized on that front, but he’s also not a player who’s going to drive hard against an opponent or work in the paint. He’s an outside player through and through.

He can score at the rim, but he makes most of his money out on the wing. He’s an excellent three shooter (shooting almost 38 percent for his career) and has only gotten better and better as the NBA shifted towards outside shooting. His ppg went from around 17 all the way to 30.

That shift reveals just how much he was able to thrive once he accepted his role. He wasn’t a player who did a lot of crashing down low. Still, his ability to step out of the circle and not try to force up tough layups made him a much more valuable player.

Reaching Above and Beyond

Beal succeeded despite his smaller height. Part of that is due to his quickness, and part of it is due to his wingspan. His arms measure 6’8 across. When comparing that against his 6’3 height, he’s in the top one percent of all players across the league.

Most point guards have a reach that goes a few inches past their height, but five is extremely uncommon. Beal takes full advantage of that, using his extra length to body up bigger defenders and shoot over guards. It gives him the ability to dribble and finish more effectively too.

Long arms are always useful in basketball, but guards can take even more advantage of them than big men and forwards. While Beal has many talents besides his wingspan, he would not be the same scorer or defender with a shorter reach.

Beal has an average height for a point guard, but he overcomes that disadvantage with an incredible wingspan. His long arms give him many more options on the court, and enable him to both score and defend at an extremely high level.

His dimensions show how smaller players are still able to match up in today’s league, and reveal that it’s not always as straightforward as it seems.