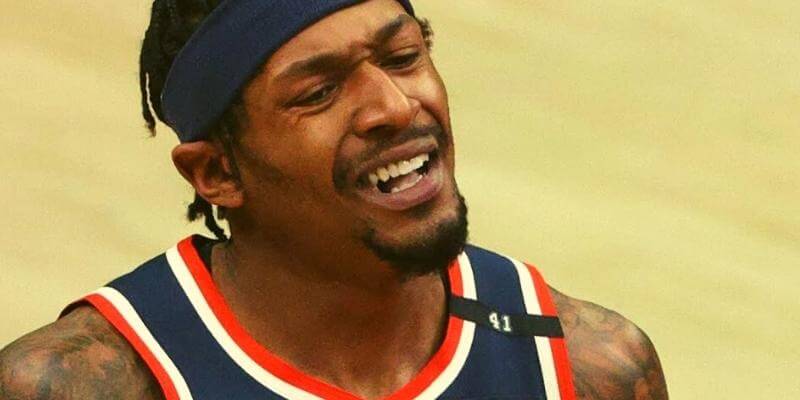 No matter how careful a professional athlete might be, injuries happen. Being at the top of any game is hard, and that’s especially true for those in the NBA. Any player, even solid all-stars like Bradley Beal, struggles with staying healthy each and every year.

The Wizard’s guard is a solid athlete who’s spent over a decade in the NBA. That constant play, while impressive, has led to more than a few injuries. The following sections break those down, look at how they happened, and see how they reflect on general care throughout the league.

All professional basketball players need to perform well as part of their job, but they can’t do that if they’re not able to get on the court. Injury prevention is just as important as any other aspect of their career, and it’s something they take seriously.

Very few players are true workhorses. While most superstars would play as long as they could walk, most organizations today aren’t willing to risk a player’s health for a few more wins. It’s more about the long haul, and mitigating injuries as best as they can.

Players still get injured quite a bit. No matter how careful someone might be off the court, there’s always a chance of issue arising when they go into a game. That risk goes up even more for superstars or franchise faces who play a lot of minutes every night.

That’s where Beal stands, and it’s the reason he’s missed a lot of contests during his career.

A Litany of Pain

Though he takes breaks every now and then, most of his missed time stemmed from getting hurt at the wrong time. He doesn’t play a ton of minutes each and every game (averaging between 30 and 35) but he’s consistent enough where unfortunate injuries do occur.

From Bad to Worse

Beal’s entire career has been marred by body issues. Despite his two strong 82-game campaigns, he’s never come close to playing through a whole year. That started early. During his first year he hurt his right leg in April of 2013 and had to miss the rest of the season.

He bounced back well for a year, but in 2014 things got worse again. He missed the first nine games of the year with a wrist issue. From there, he jammed his toe and got a stress reaction in his right fibula. Both caused him to miss eight games.

The next two seasons weren’t much better. He missed 27 games the following season. Unlike the year before, however, that wasn’t a single issue. It came from shoulder, right leg, and pelvis injuries. He played well while in, but could never stay on the court.

Though he remained relatively healthy for the next three seasons, he hurt his shoulder in 2019 and missed 25 games. Then, he only played in 40 games during the 2021 season, as a lingering ligament issue in his wrist caused him to have season-ending surgery.

Beal is not the most injury prone player in the league, but he’s certainly had his share of issues. Though he’s dealt with more problems as he’s aged, there’s no doubt that he has a lot left in the tank. As long as he can continue to improve without injuries, he’ll be a star for years to come.