What is a Carry in Basketball? 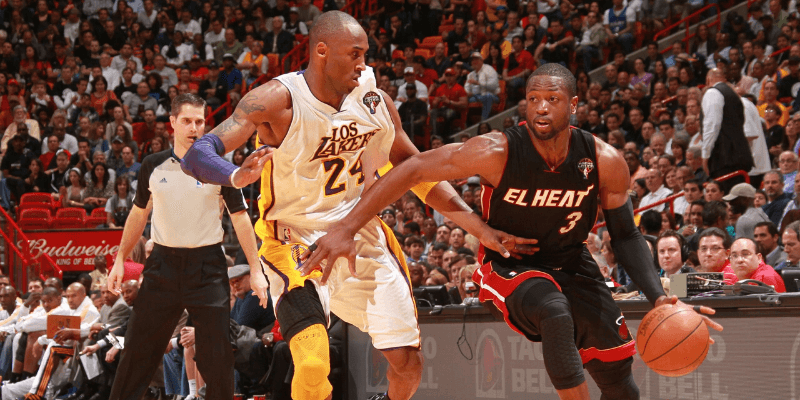 Unless you attend youth leagues or watch high school basketball, it is possible you may have never heard of a carry. It is rarely called in professional or college basketball, due to the players being so skilled and as it isn’t a point of emphasis for referees, so there’s a chance that the casual fan is unaware of it.

While it may be true that carrying violations are not called very often, it doesn’t mean that they don’t take place. In years past, the rules on this were more strictly enforced but it seems that in today’s game the refs are a little lax on it. This can sometimes be a source of controversy. So, what exactly is a carry in basketball? 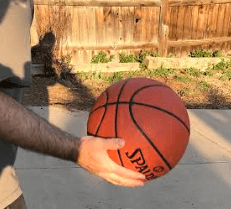 If the player’s hand is pushing the ball upward or preventing it from going downward, the player cannot continue their dribble or move their feet. Otherwise, it is considered carrying.

Two Violations in One

A unique wrinkle of this call is that it can be classified as a couple of different basketball infractions, depending on how the ball handler violates the rule. In some instances, it is considered a double-dribble, with the thinking that you technically stop your dribble when you begin carrying the ball. The other instance would be a travel as you technically are still moving your feet while carrying the ball. Let’s take a quick look at the two varieties.

This is probably the most common version of the violation. It occurs when the ball handler is dribbling and the player’s hand is on the lower half of the ball causing it to come to a rest. If the ball handler then continues dribbling, this is considered a carry. It is possible that the referee may call it a double dribble because the player stops their dribble then restarts it after the carry. In the end, it results in the same penalty, a turnover, and the other team is awarded the ball.

If the ball comes to a brief rest with the player’s hand on the lower half of it while the player is still moving, that is considered traveling. Instead of the player continuing their dribble, they may continue moving their feet. It will usually be called traveling, but the referee may add in that it is a carry. The penalty holds the same consequences, with the other team getting possession of the ball.

In my past experience of watching, playing, and coaching, I have noticed that the majority of these infractions come in youth leagues. This is no surprise as young players are still learning the basic fundamentals and are often unsure of what they are going to do with the ball. The hesitation will often cause them to momentarily stop their dribble and then start again or move their feet resulting in a carrying call.

They also tend to lose control of their dribble, bouncing the ball too high and not keeping their hand properly above the ball. It is inspiring to watch youngsters grow a passion for the game of basketball but also amusing to watch them playing with such a big ball in contrast to their smaller frames. Young players can often fix this problem by practicing their ball handling and through naturally growing through the years.

By middle school and high school, most players have learned the fundamentals fairly well, but you will still see mistakes while they begin developing their style of play and experiment with different moves in games. These players are also beginning to think about strategy and winning which can cause them to forget about the basic skills.

You rarely see a carry in the college game. The players are usually fundamentally sound and have logged so many basketball hours that muscle memory prevents them from making these types of blunders. The refereeing can also play a part in allowing more leeway for players and I have seen players get away with moves that probably should be considered a violation.

I can’t remember that last time I have seen a carry called in the NBA. The professional game is so next-level skill-wise and the players have very good ball control. Again, a huge factor in the violation being called falls in the laps of the referees. It has been said time and again that no one watches the NBA to see refs making calls all game so, if the play isn’t a blatant violation, many refs will let small infractions go for the entertainment of the game.

For a referee, spotting a carry and making the call in real-time can be difficult. The best players in the world are very good at masking a carry which makes it even harder for referees to spot.

Many players use a hesitation move that appears like they are picking up their dribble, but then continue dribbling and drive to the basket. If done correctly, it is perfectly legal, but if the hesitation is too long, or if they rest the ball in their hand it could be ruled a carry. Ths skill that modern players possess makes a referee’s job nearly impossible, especially those new to the league that hasn’t witnessed superstar moves in person.

Crossovers are also common moves that can be on the borderline of being illegal. If the ball hovers or rests in the player’s hand for too long it may be a carry, but this is also another case where it can often look like a violation but in fact, be legal.

Hall of Famer Allen Iverson was known for his crossover dribble. Many feel he was the best ever at it. Iverson revolutionized it more than any other player before him. It was sometimes controversial and opposing teams would argue that it was a carry. Iverson himself has stated, “I carried my crossover all the way into the Hall of Fame”.

Learning solid ball-handling skills and playing fundamental basketball will usually prevent the embarrassment of being called for a carry, but it can still happen when trying new moves like a cross over or hesitation dribble. Carrying calls are also very subjective based on the referee calling your game so be sure to know their parameters and don’t be afraid to try new moves.

The college and pro game are fortunate that they don’t have to worry much about this call. It isn’t because carrying doesn’t take place, but it is overlooked by refs due to the speed and skill of the players and the understanding that unique moves and high-speed action are more entertaining.

Do you think the top NBA players get treated differently by the refs? We’d love to hear from you, so please leave your comments.

Are you kidding me with this article. This is a joke… Everyone in every league carries the basketball. When the hand gets below the half way point of the ball, it is carrying the ball. They all do it now and it is not called. It had changed the fundamentals of the game.

Very true. Most driving to the basket travel also. Record and watch. 3 steps are very common.