What Does a Center Do in Basketball? 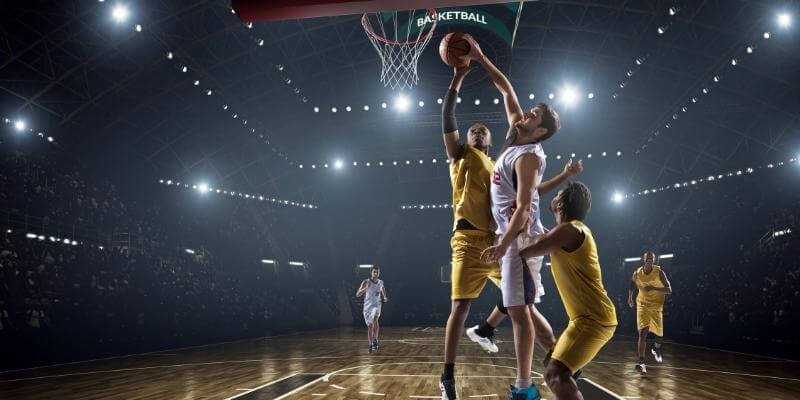 The modern NBA has become a three-focused league. There’s a high emphasis on scoring, as well as a lot of importance on being able to stretch the court. Shooters are valued, as are pure scorers. Even so, while centers aren’t as critical as they once were, they still matter.

The following paragraphs outline what a center does in a basketball game by looking at their role, how they need to play their position, and why they’re important. I will then use that information to take a further dive into how big men have changed over time.

In basketball, a center, also known as the five, is the largest position on the court. They sit down on the block by the basket and, while they can score, typically focus on protecting the rim and grabbing rebounds. They sit close to the basket and try to keep the other team at bay.

As that role is all about being up by the rim, the center is typically the biggest player on the team. They don’t always have to be heavy, but they are definitely tall. Most centers are right around 7 feet, which gives them the ability to sit back and dominate the paint.

In addition, centers need to be physical. Even if they don’t sit down low a lot or spend time on the wing, their body will take a good amount of hits as they fight for rebounds or go up for blocks. Players will also typically hit them as they go for layups or contested shots.

That contact is why big men need to be careful about getting fouls. Going for blocks and playing aggressive defense will lead to penalties. A big part of their position is altering shots without making too much contact.

The Shift in Focus

Centers typically have two modes. They can be strong fives, meaning they have a focus on defense and rebounds, or they can be pure scorers who value good footwork in order to score down low. Both modes are important, they just lean towards different play styles.

If a center exists to simply rebound or block, the rest of the team usually focuses on outside scoring or finding other ways to get the ball in the basket. On the other hand, if they are an offensive tool, the team might try to work their offense through the paint.

However, while those roles were defined for decades, the recent changes in the NBA have led to a brand new style of center that didn’t exist in the past: the stretch five.

Centers used to be one of the most important positions in basketball. Shaq, Hakeem Olajuwon, and Bill Russell were all terrifying forces that could completely take over the game. Though their play style didn’t completely fade, the rise of the stretch offense really hurt powerful big men.

Once teams began to run five outside or small ball, centers took a complete dive for a few years. In fact, some teams like the early 2010’s Heat ran offensive sets without even having a conventional center. They just relied on outside shooters and a strong power forward.

As time went on, however, centers began to adapt. Rather than trying to fit a square peg into a round hole, they learned to shoot and stretch the floor. Recently, players like Giannis Antetokounmpo and Joel Embiid began to develop three shots to go with their height.

No player adopted that role better than Nikola Jokic, who became a long-range shooter as well as an excellent passer. Both of those roles enable the Nuggets to utilize him on both sides of the court. In fact, his prowess earned him the MVP award of the 2020-2021.

Of the current stars, Rudy Gobert is the only center who has been able to succeed in a more conventional role. He plays like a traditional center by focusing on defense and rebounds.

Despite not stretching the court, he averages 15 points a game and has three Defensive Player of the Year Awards.

All positions in the NBA are important, but the five has dropped as of late. Big men used to be lynch pins of teams. Now, they can be a liability. While rebounding still matters, not being able to move out to guard a three or switch quickly can lead to open shots for the other team.

Those drawbacks are why the best modern centers have become hybrid players. Being able to shoot is critical, as is the ability to pass and rebound. The new center is more of a swiss army knife than ever before. That’s not a bad thing, it’s simply a sign of the times.