How Tall is Chris Paul? 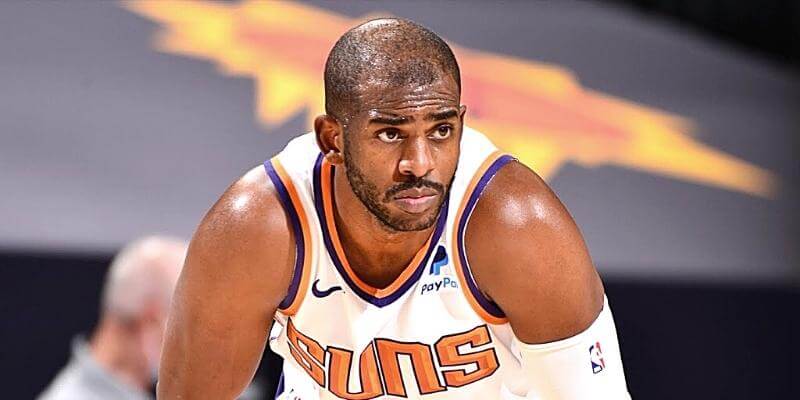 Height is an important part of being a professional basketball player. Not only does size help with rebounds and defense, but it gives you an edge on drives as well.

However, not every great NBA player needs to be tall. In fact, a good number have been on the short side.

One such athlete is Chris Paul. Despite being a perennial all-star, and one of the greatest points to ever play the game, the shifty guard is vertically challenged compared to his peers.

Even so, he still manages to play at an extremely high level.

Chris Paul, while tall compared to a regular person, is quite short for NBA standards. The point guard stands just under 6’0 (1.83m).

Being that size has never been a hindrance for Paul, however, as he’s managed to lead many teams on deep playoff runs.

While he’s never won a championship, he’s developed his game in a specific way that makes up for his shorter stature.

Paul’s height is surprising for several reasons, the first being that guards are getting taller over time.

Where the average point stood roughly around Paul’s height in the 80’s and 90’s, the league average is now up to 6’3. Soon, that number could push as high as 6’4.

The reason the league continues to get taller is that gaining weight or height without losing speed or quickness is a gigantic advantage.

Basketball, while a skill sport, is largely about athleticism. The bigger and faster someone is, the better they are at the game.

Not only that, but the league is less defined than it used to be. Where some players used to be able to sit in one place or embrace a single role, they now need to move around and switch a lot more. If they’re too small or too big, it won’t work for the new fluid offensive schemes.

Chris Paul still manages to do well in an ever-changing league because, despite his six-foot frame, he’s unbelievably quick. The guard has a sharpness to his game that very few people have ever been able to match.

Being extremely fast off the dribble and having a lightning quick shot allow Paul to routinely score over much taller players.

He’s averaged 18 points a game for his career, and still put up 14 during his most recent campaign. That’s due to his shifty dribble and drive moves.

In addition, his long wingspan (6’4) enables him to play defense against bigger players. Where a lot of smaller guards just get bodied up or backed down by larger opponents, Paul has the ability to reach around them or easily contest shots.

Being short is one thing, but long arms can easily make up for it. Paul’s reach isn’t incredibly long, but the few extra inches he has is the difference between being able to tap away an errant pass or being a few steps behind a layup.

His basketball IQ also helps as well. He’s a student of the game, and able to see passing lanes many other players miss. His ability to instantly read a defense and make the right move is another way he makes up for his smaller frame.

When looking at basketball players, it’s easy to get caught up in their height. There are many advantages to being able to stand up near the rim, but Paul has done a terrific job of scoring/passing without that advantage.

Rather than try to go big, he’s stuck to his own game. That focus on quick moves, crafty dribbles, and fast shots, have allowed him to succeed where many players have failed. It’s why he’s so good, and why he can still play against the best of the best without issue.