How Many Kids Does Chris Paul Have? 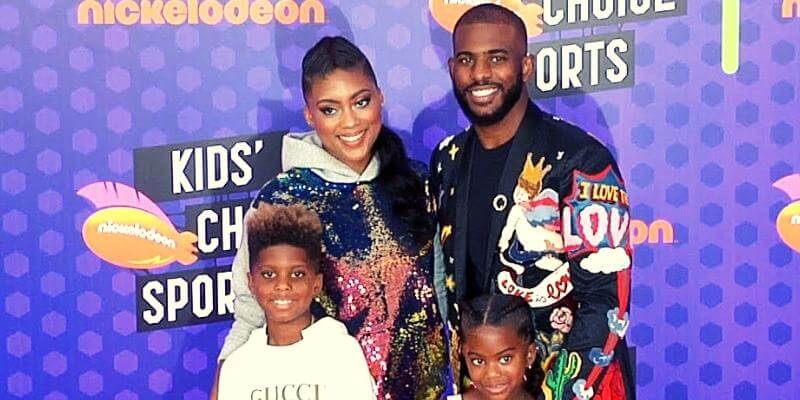 NBA players tend to have kids. While that doesn’t hold up for everyone in the league, most big time players with large contracts and a lot of income have children at some point during their career. That’s true of stars like Lebron and Shaq, and it’s also true of Chris Paul.

This guide will look at Chris Paul’s kids, their interests, as well as their familial relationships. In doing so, it will give insight into the superstar’s life and show that, despite his fame and fortune, he’s still a hard-working dad like so many others.

Chris Paul currently has two kids: Christoper and Camryn. As evident by their names, one is a boy and one is a girl.

Paul had both kids a little ways into his NBA career. The crafty point guard, known for his dribble moves and ability to effectively see the court, came into the league through the 2005 draft. That means he waited four years to have his first kid, then another two to have his second.

Both children came from his now-wife and high school sweetheart, Jada Crawley.  While the couple had Christopher in 2009, they didn’t actually get married until 2011. It was a big ceremony and, once officially tied together, they quickly had Camryn shortly after.

As Paul is such a character, it comes as no surprise that each of his kids have larger than life personalities. Both are working to carve their own path in the world, especially as they continue to pursue their own interests.

Named after his father, Christopher Emmanuel Paul II (Chris) enjoys both Instagram and basketball. He spent a lot of his early years joining his dad at press conferences, and now likes to play the game whenever he can. He has a lot of talent, and will only continue to improve.

Since establishing himself through a series of funny quotes and quips at his dad’s interviews, Christopher now has a strong online following. He enjoys posting to popular social media sites, and is often joined by Chris when making TikToks or Instagram posts.

Last, but Not Least

Camryn Alexis Paul, while younger than her older brother, is also known for her big personality. She isn’t quite as tall as the rest of her family, but the ten-year-old spends a lot of time hanging out with her dad and sitting courtside at Suns games.

She, like the rest of her family, is also quite active on social media. Not only does she have her own posts, usually documenting important milestones in her life, but she joins other popular NBA kids or her parents on their posts as well.

In fact, Camryn is extremely close with Lebron’s daughter Zhuri, and they often post pictures or various images together. She has just started to find her online groove, and there’s no doubt she will garner more and more followers as she ages.

Kids are a joy, and a lot of responsibility. It’s not easy being a father in the NBA, as you have to spend a lot of time on the road and a lot of time away from home. Still, Paul has managed to find a good way to balance his work and home life without ever letting one or another slip away.

While the journey is never a simple one, the Suns guard has done a great job of being in both of his kids’ lives. He never shied away from raising them, and they have a strong connection. That will only continue to grow as they get older.