What is Chris Paul’s Net Worth? 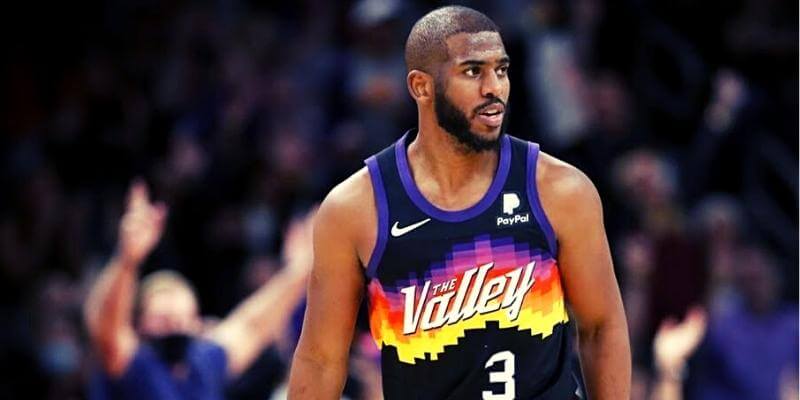 Basketball players can make a lot of money, and the longer someone manages to stay in the league, the longer they’re able to generate wealth through endorsements, investments, or outside deals. That’s why long-time players have such high net worths.

One athlete with an incredibly impressive worth is Chris Paul. The guard has earned a lot of money during his career from various sources. This article breaks down those sources, and shows how he’s managed to diversify his income over time.

Before getting into specifics, it’s important to first break down Paul’s overall worth. The Suns guard has an impressive $130 million to his name.

That figure comes from many places, and shows how lucrative it is to stay in the NBA long term.

Most athletes, even ones who have a good number of years under their belt, can’t match Paul’s net worth. Big contracts might pay out close to what he has over an extended period of time, but with taxes and spending it takes a lot to get to where he is today.

Paul has made a lot of money from basketball, but no one is going to get more than $100 million just from the game. His investments and brand deals are a big reason he’s accumulated so much wealth in just 15 years, and it’s how his worth keeps growing.

A Slew of Contracts

As with any unproven rookie, Paul came into the league with a rather modest deal. His time in college showed he had potential, but there was no way to know just how good he’d be. That’s why the Hornets only offered him a rookie contract worth just over $6 million.

During that time, he won rookie of the year and exploded onto the scene. Using that hype, he turned his first deal into a 4-year, $63.6 million extension that cemented his wealth and proved he was worth the big bucks.

After his time with the Hornets, the guard went to the Clippers where he earned more than $10 million a year. As he improved, so did his contracts. In 2013 he signed a 5-year, $107 million maximum extension that led to him earning more than $23 million in his last year with the team.

He went on to sign another huge ($160 million) contract with the Rockets, and is now making more than $40 million a season.

As with so many other long-time players, Paul managed to put together a wide range of deals during his NBA career. He has several endorsements, all of which have brought in millions of dollars, as well as some savvy investments that are quite lucrative as well.

Perhaps Paul’s most well-known endorsement deal is with State Farm. He’s featured in their commercials and helps create buzz for their product. The insurance company has employed him for years, and they will likely continue to use him in the future.

On top of that, Paul signed to Jordan back in 2006 and has been with them ever since. Not only does he have the initial contract money, but he has worked with the company to create 12 original sneakers.

Beyond those two big deals, Paul also has contracts with Panini America, Spalding, and Disney. All three have helped grow Paul’s personal brand and enabled him to spread into mediums (including movies) that aren’t just on the court. There’s even a biopic on the way.

Another reason Paul has done so well for himself is his smart investing. He put $48 million into the recovery company Hyperice, now valued at more than $700 million, and spent roughly $4 million for the brand Chirpify. He also works with RSPCT Basketball and Beyond Meat.

While the exact figures of what he’s made from those companies are unknown, looking at his net worth it’s clear that he’s done extremely well for himself.

In terms of his personal life, Paul has a large house and a wide car collection. He owns a $11.1 million home in Encino, California, as well as numerous high-end vehicles. That includes a Jeep JKU Wrangler, Range Rover, as well as a classic 1977 Chevy Monte Carlo.

Chris Paul is one of the few NBA players who’s worth broke the $100 million mark. Looking at everything he’s done, signed, and earned, it’s easy to see why. Where many players hit a big contract and slow down, he did the opposite.

The Suns guard is savvy with his money, and only continues to find new ways to improve his position in life each season. He’s more than set for retirement, and will likely find even more new ventures to invest in as he starts to move on from playing on the court.