How Many Rings Does Chris Paul Have? 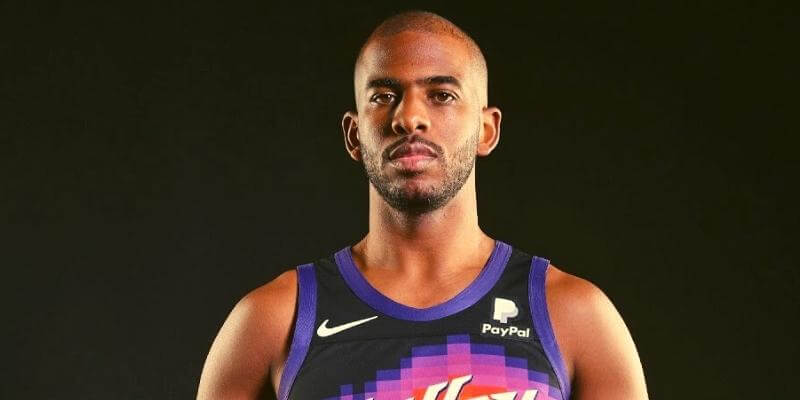 Unlike other sports leagues, the NBA is all about rings. While championships are hard to come by in soccer, basketball, and baseball, the best basketball players all have multiple titles under their belt. That’s why it’s so hard to be considered a great player without any.

In the following article I will look at the number of rings Chris Paul has, and study how, not just why he has the amount that he has, but how that number has affected both his career and overall legacy.

Paul, unlike so many other top points guards, famously has zero rings.

He went to the championship in the 2020-2021 season against the Bucks, but the Suns couldn’t close the deal. That leaves him 0-1 all time in the NBA Finals, putting him far behind other guards.

Not only does he have less rings than just about every other top point, but he has less appearances as well.

Getting no rings is one thing, but getting no rings with only a single appearance is even worse. He’s a great player, but one with a very strong stigma.

The Power of a Ring

The reason Paul’s championship record holds him back so much is the NBA is not like the other sports. In baseball or soccer, winning just a single championship can be enough to cement a player as one of the all-time greats. In the NFL, two guarantees you a hall of fame spot.

The NBA is a bit different. To be one of the all-timers, you need to have a championship. In fact, you probably need a few.

From Lebron and Jordan to Curry, Duncan, and Kareem, all of the top NBA players from every era tend to have a few titles under their belt.

Paul’s never gotten a single one, and it’s hurt how people view his career. He’s never been on a super team (and he’s played against a few), but he’s been a key piece of some very good squads that, unfortunately for him, couldn’t quite get all the way to the top.

Even his single Finals appearance in 2021 ended up being a dud. The Suns started off the series white hot, but the loss had both fans and analysts talking about Paul’s inability to climb to the peak of the mountain. Until he gets one, they always will.

Not only does a ring matter for Paul’s legacy, but it’s important to him as well. Every player wants to win the big one. It doesn’t just cement you in NBA history, it’s also everything all athletes work and strive for ever since they first get into the league.

Getting a ring doesn’t just legitimize a player’s career, it’s also a personal achievement they will have forever. That’s especially true for Paul, who has spent decades listening to haters saying he’s good, but not good enough.

There are plenty of NBA greats who never got a ring. That includes Charles Barkely, John Stockton, Allen Iverson, and Steve Nash. All of them are in the hall of fame, and Chris Paul will certainly be there with him when his career comes to an end.

Everybody loves a winner. It’s an unfortunate truth that, without a ring, players are often forgotten when talking about the best. Paul is a great point guard, but without a ring he’ll never be discussed in the top ten or fifteen.

Luckily for him, there’s still time. The Suns have a good squad, and you never know if he’ll be able to turn it around. It’s probably too late to get multiple, but a single championship would completely change the way people view his career.