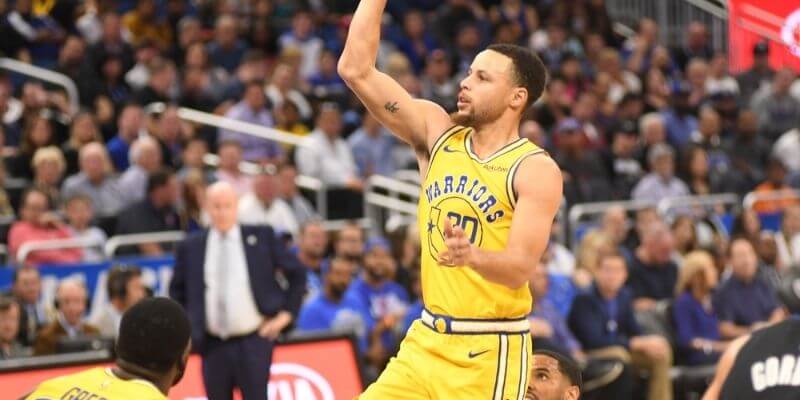 When you watch an NBA game, there are probably a thousand other things going through your head about a player before wondering what their religious background is.

There are countless players, both current and retired, that live out their faith daily. We’ve all seen post-game interviews where a player gives all credit to God but often wonder if that reaction is only emotional. For these guys, the devotion is real.

While many in the NBA consider themselves Christians and men of faith, some are more vocal about it than others. In fact, some of the game’s biggest stars hold their faith in the highest regard, truly giving thanks to God for the success they’ve experienced on the court and in everyday life.

This article will shed some light on current and former NBA players who are Christians. But, before we begin profiling those players, let’s take a look at the basis behind Christianity.

If you aren’t a Christian, you may not understand Christianity completely. Let’s break it down so you have a better understanding of what Christianity is and which religions fall under the “Christian” umbrella.

Christianity is centered on Jesus Christ. Christians believe that Jesus is the Messiah, sent to earth to forgive our sins through His death on the cross and resurrection three days later. Christianity is one of the most popular faiths in the world, with around 2 billion practitioners worldwide.

AC Green holds two streaks that might never be broken again. The first feat is his incredible 1,192 consecutive games-played streak from 1986 until his last game in 2001. Green only missed 3 games total for his entire career. That would never happen in this era of load management and player rest.

The second streak is his vow of abstinence until he was married at the age of 38. Green cites his Christian faith as the reason he stayed celibate, as well as how he dodged temptation.

As his first eight years in the league were spent with the wild and crazy Showtime Lakers, there must have been plenty. Green is a real-deal Christian. He even runs camps that promote abstinence until marriage among young people.

John Stockton—one of the greatest point guards ever to lace up his sneakers. Along with fellow Hall of Famer Karl Malone, Stockton and the Utah Jazz ruled the Western Conference during the late 90s, making it to the only two NBA Finals appearances in the history of the Jazz.

For nineteen years, the Jazz made the playoffs while Stockton was there, and the fans in Salt Lake City became devout fans of the Stockton-to-Malone pick-and-roll.

Stockton is also devout in his Roman Catholic faith and now lives a modest, humble life with his wife, Nada. Stockton was fortunate enough to raise six children who all went on to play basketball, some even professionally.

One of the great defensive players, Dikembe Mutombo’s shot-blocking is legendary, and his 18-year NBA career is a terrific feat of longevity. One Adidas marketing blurb, “Man does not fly … in the house of Mutombo,” is quite apt—but not when it comes to his faith.

Mutombo is a Baptist Christian. Even for an NBA player, his resume of humanitarian work is astonishing—far too long to list here. His work is especially prevalent in his home country, the Democratic Republic of Congo. “The Almighty has plans for us to make a place so we can go on and make a difference. It all has to do with my faith; I am deeply religious. It goes back to my roots, to my mom and my dad,” he said.

After LeBron James, Steph Curry is probably this generation’s most high-profile NBA player. As you can see from his career highlights, Curry has seen his share of success and is still in his prime. Aside from being one of the league’s greatest shooters and dazzling fans with highlight-reel plays every game, Curry is very committed to his faith.

And rightly so, because Steph has a lot to be thankful for, both on and off the court. Curry is a family man—father of three children and a loving husband—and owes a lot of his good fortune to his faith.

His Twitter feed regularly mentions God as inspiration, and he quotes scripture verses frequently. Curry is a model for young players in the league.

Hopefully, he can mentor them on the game and Christianity once he retires.

Kyle Korver was a standout college basketball player, but experts weren’t sure if he would make it in the NBA due to his one-dimensional game. Seventeen seasons later, now recognized as one of the most accomplished three-point shooters in NBA history, Korver has proven his doubters wrong.

While hard work and practice played an integral part in his success, Korver is never shy about giving credit to God. He is committed to his faith through the good and bad. When his youngest brother passed away at 27 years old, Korver gave a heartbreaking eulogy and touched upon God’s plan.

He said that God would work everything out in the end, and good things would come from tragedy. It was both sad and admirable.

Andre Iguodala, or Iggy as fans sometimes call him, has played every role on a team that you could think of. He was the first scoring option early in his career with the 76ers, a defensive stopper during his time with the Warriors, and a role player off the bench recently with the Miami Heat.

Playing different roles as an NBA player takes a lot of flexibility as a player, but also humility as a person—especially when your ego might say you’re a superstar.

Iggy has been very vocal that, while he is playing, he sees himself as doing God’s work. This helps diffuse his ego. When he wasn’t happy with a role, he understood that it was best for the team and that God’s plan had taken him to this point in his life. This mindset has helped Iggy win three NBA titles. He’s also one of the most respected players in the game today.

You would be hard-pressed to find any team in the league that didn’t have some sort of Christian-based devotion, but many are not as vocal about it as the players we covered.

At the end of the day, basketball coverage usually wins out over the coverage of players’ faith and beliefs. But, make no mistake, these players give credit to God for all of their successes.

Are you a Christian hooper who has seen success while believing in God? Let us know your story below in the comments!