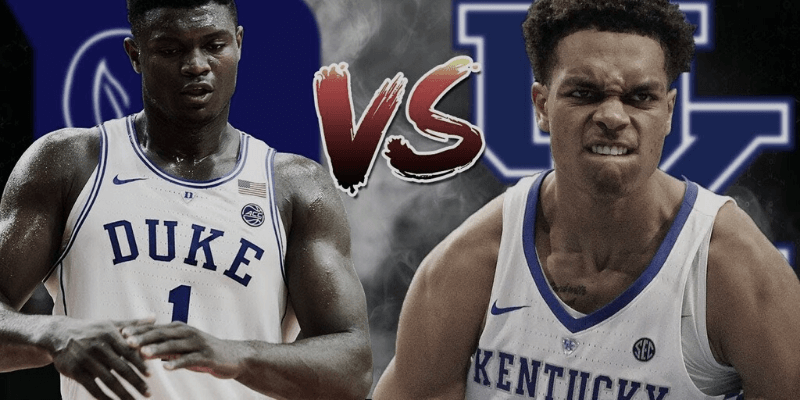 In college basketball, the success of programs can be measured using a number of different metrics. Milestones linked to the success of a team is an easy way for colleges to determine whether or not to stick with their current coaching staff or move in a different direction for the good of the program.

The most obvious metric to look at when determining a team’s success is the amount of NCAA championships your program has won. However, that is the absolute pinnacle of the game and only one team can win that title each year. Overall wins is another objective stat that college programs can point to when gauging just how successful their team has been over a certain period of time.

Another stat that has begun carrying more weight in determining a college program’s overall success is the number of players that make the leap from college to the NBA. In the one-and-done era that we now reside in college basketball, many high-level high school recruits are looking at this statistic much closer because, while playing at a high profile college is an accomplishment, it is only the first step in their ultimate plan of making it to the NBA.

If you are a big fan of both college and professional basketball you have seen guys rise from amateur athletes on their college teams to professional players. You have seen their bodies mature and get stronger, and you have watched them essentially become men before your eyes.

But which college teams are the best at producing pro-level talent? We will take a closer look at these colleges and while some names on the list aren’t surprising, there may be some that you wouldn’t expect. Let’s dig deeper!

Top 5 Colleges With the Most Current NBA Players

Kentucky and Duke top the list at 28 and 24 players respectively. After those teams, there is a pretty significant drop-off. Kentucky and Duke are the only colleges with twenty or more players and after that the most from one college 14. There are only 8 colleges with double-digit former players currently in the league. After that, there is a long list of schools that have produced somewhere between 9 and 5 current NBA players. Here are the top 10.

John Calipari is the unofficial king of the one-and-done player. While some look at that as a negative to the sport of college basketball, Calipari has used it as a great recruiting tool. And as he often says, the one-and-done hasn’t necessarily made his job easier. He adds multiple new players to his team each year and has to figure out how to use them all effectively without the players feeling slighted.

Some notable current NBA players that went to Kentucky for one year and then made the leap to the NBA are Anthony Davis, John Wall, DeMarcus Cousins, and Jamal Murray. Others in the league that spent more than one year at Kentucky but are still making an impact professionally are Rajon Rondo and Willie Cauley-Stein.

The Duke Bluedevils have been coached by Mike Krzyzewski since 1980. Coach K has seen the college basketball trends come and go like almost no other coach and hasn’t always embraced the one-and-done trend. Until now. Coach K has recruited several one-and-doners in the past 5 years but has also produced success with players that are committed to the program and have stayed for longer than just their freshman year.

Some notable Duke players currently in the league are Zion Williamson, JJ Redick, Kyrie Irving, Brandon Ingram, RJ Barrett, Austin Rivers, Luke Kennard, and Jayson Tatum. Duke has had loads of success in recent years with a great mix of role players, shooters, and pro prospects and their list of current NBA players shows the diversity their team has possessed.

Although the Tarheels haven’t been quite as dominant in recent years as in the past, their production of NBA players has still been good enough to come in third on this list. One name that sticks out like a sore thumb is Vince Carter who is in his 22nd season in the league.

After Vince, the lists sees a lot of young players still making a name for themselves in the league. Guys like Coby White and Cameron Johnson are rookies playing well on the Chicago Bulls and Phoenix Suns respectively. Others of note on this list include Harrison Barnes, John Henson, and Danny Green.

The Bruins are the most decorated team in college basketball history but most of that success comes from the 1960s and ‘70s. Good luck finding players from those teams in the league now. They have had to make an effort to continue to stay relevant in college basketball by using the UCLA name while also transitioning with the times, and they have accomplished that quite nicely.

While they are one player behind the Tarheels, my opinion is that their 13 players are more impressive overall than UNC’s current pro guys. Their list includes borderline superstars like Russell Westbrook, Lonzo Ball, Jrue Holiday, Zach Levine, and Kevin Love. Their role players aren’t too shabby either. They include Trevor Ariza, Kevon Looney, Aaron Holiday, and Norman Powell.

Three programs have produced 11 current NBA players and in order to give them all the proper due, below is a list of notables from each school.

While most college basketball fans don’t usually cite their team’s total current NBA players, it is something that colleges look at as a successful milestone. The difference between a coach who coaches and produces NBA talent versus a coach who is less interested in a player’s life after their time in college could save or end their jobs in this day and age. Athletic Directors want their schools to be attractive to prospects and pro access can be key to that attraction.

Are you lucky enough to have rooted for a college that produces professional talent? Rep your team below and let us know their best former players!