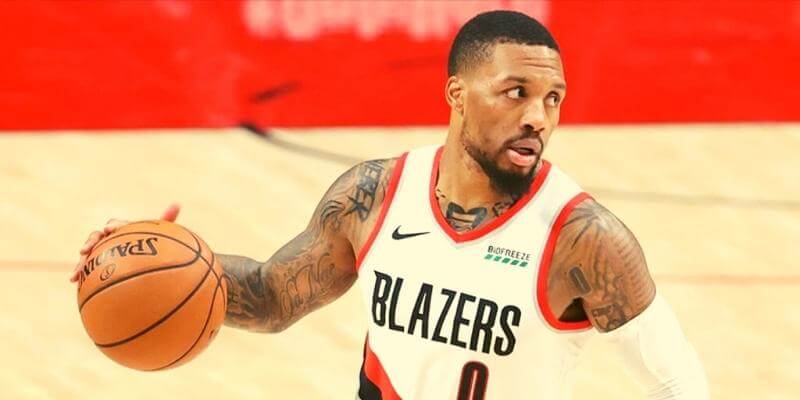 The NBA is a high-flying league filled with athletic players. As such, injuries happen from time to time. While no player wants to get hurt, it’s not always in their control. Even the greatest to ever step onto an NBA court had to sit out every now and then.

Here, I will look at Damian’s Lillard injury history and analyze how his ability to stay healthy has positively impacted his career. That will show the importance of health in the NBA, and reflect on how much some superstars have been held back by not being able to get on the court.

Health, Above All Else

Looking at injuries across all professional sports, they are pretty random. Nobody knows when an issue will occur, nor can teams predict how likely someone is to get injured if they have no past history of body issues in either high school or college. It’s largely a guessing game.

On top of that, even the healthiest players can have their entire career thrown off course by a tough injury at the wrong time. That’s why there’s been such a big emphasis on healthiness over the past decade and why players are sitting out more than ever.

Lilliard, however, has not followed that trend. Though he’s not immune to injuries, he’s managed to stay on the court for most of his career. That’s a big part of his stardom.

Most people think of big men like forwards and centers when it comes to extremely tough NBA athletes, but there are some strong guards too. Lillard is one of the toughest players in the league, and he’s been able to avoid any serious injuries time and time again.

The Blazers guard played in every single game in the regular season during his first three years in the league. Playing 82 games in a single year is impressive enough, and almost never happens anymore. Doing it for three straight seasons almost never happens.

Eventually, Lillard had to slow down. However, he’s not the type to sit on the bench. While he never played all 82 games again, he did play in 75 or more in each of the next four seasons.

That’s another impressive mark that showed his ability to play without any problems. He had no big issues, and he played in every important game. The only ones he missed came as a result of rest or small tweaks to his ankle, groin, or knee.

As hot as Lillard started, time eventually caught up to him. After playing for so many games for his first seven seasons, he sat out 14 games in 2019 and 16 in 2020. He still staved off any big problems, but the small issues to his lower extremities kept him out.

Then, in 2021 a nagging abominable problem took him out for good. For the first time in his career, the guard underwent major surgery. Though the recovery went well, Lillard had to miss the rest of the season.

He only played in 29 games that year and Portland missed the playoffs for the first time since they drafted him. He’s hoping to bounce back, but only time will tell if he’s able to reach his usual high level of play.

Injuries are extremely tough, but they aren’t inevitable. There are quite a few top players who have managed to keep themselves healthy season after season, and Lillard is a perfect example of that trend.

The guard didn’t just stay injury free, he did so in a way that helped his team thrive time and time again. That’s helped him succeed in such a tough league and constantly help his team make the postseason.