What is a Double-Double in Basketball? 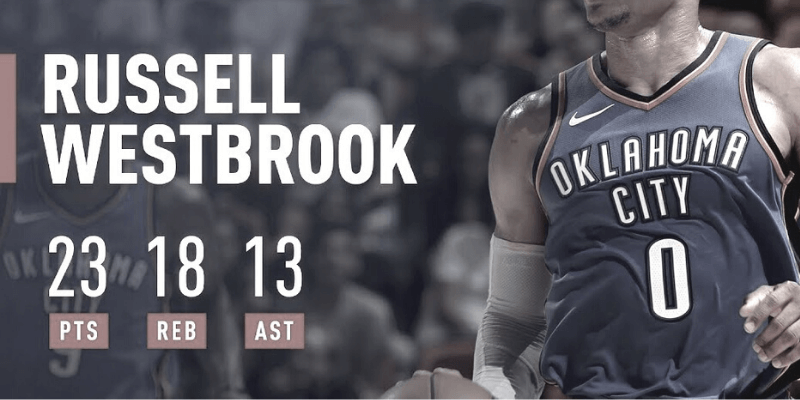 The importance of being a versatile player in basketball can’t be stressed enough. There are definitely specialists – rebounding specialists, three-point specialists, and defensive specialists to name a few – but if you excel at multiple things on the basketball court, you will bring more value to your team. There is also a good chance that your value will lead to more playing time and a leadership role which is always a nice accolade.

While filling up the stat sheet in multiple categories is always a positive on the court, there are certain milestones that fans and media members highlight and take note of when discussing the value and worth of certain players. One such milestone is the “double-double”.

This article is going to teach you all you need to know about the double-double. You will also learn about some of the greatest current and past players that were double-double machines during their careers.

While triple-doubles are very impressive and show a versatility on the court that most players don’t possess, a double-double can often be just as valuable to a team. You may be thinking “How could a smaller stat line be just as valuable to a team as a larger one?” In other words, why not hope for a triple-double instead of a double-double? The easy answer is that both are very difficult to attain. Triple-doubles are kind of rare in the game of basketball.

Another thing you might notice if you ever watch a game where a player is getting close to a triple-double is how they, and their teammates, begin to press harder for the player to get the triple-double and their style of play changes in those instances. They may pass up open shots for a pass to a teammate because they are already in double figures in points but need another assist for the triple-double.

While we can argue the merits of both a triple-double or a double-double the fact of the matter is if you are producing double figures on your stat sheet in anything other than points, you are helping your team tremendously. Over the years players have been what people in the sport refer to as “double-double machines.” Some players are almost guaranteed a double-double every night they play, making them dangerous around the league. Let’s take a look at some:

Drummond’s other accolades are nothing to sneeze at either. He is a two-time All-Star, three-time league rebounding champion, and was awarded an All-NBA nod in 2016, meaning he was voted as one of the league’s best 15 players. If he could up his free throw shooting percentage, which is an abysmal 45.9% for his career, he would be even more dangerous and his stats would skyrocket to All-NBA levels each season.

Gobert is known around the league as a defensive stalwart, patrolling the paint near the basket for the Utah Jazz. Most think twice if they have a chance to drive the ball to the basket if Gobert is under there. There is a reason he is a two-time NBA Defensive Player of the Year winner.

He averages over 2 blocks per game for his career and not to mention all of the shots he disrupts in the paint even if he doesn’t get the chance to block them. He is similar to a lock-down cornerback in the NFL in that it is difficult to really track their defensive prowess if teams avoid throwing their way altogether.

While Gobert isn’t a scoring machine, his offensive ability is serviceable and he has averaged 11 PPG for his career. On top of that, he is a great rebounder, averaging almost 11 per game for his 6+ years in the league. In 2018-19, Gobert had 66 double-doubles in only 81 games, an 81% double-double rate.

Russell Westbrook is not only a double-double machine but has also amassed the most triple-doubles in the NBA over the past several years. How Russ’ double-doubles have differed from Drummond and Gobert is that he has achieved the feat in different offensive statistical categories rather than just points and rebounds.

In 2018-19, while still with the Oklahoma City Thunder, Westbrook amassed 57 double-doubles and 34(!) triple-doubles. But of the 57 that he earned, 8 of them were achieved through rebounds and assists and not the tradition points/rebounds route. Since Kevin Durant left the Thunder in 2017, Westbrook took full control over the Thunder and became the de facto team leader, and it shows in his double-double numbers.

In researching the topic, there were some really interesting statistics and numbers that I thought I would share. As a basketball junkie, I thought these records really put the milestone into context within the constraints of the history of the league. The records gave me a nice trip down memory lane and it was nice to revisit these players and their individual feats.

Between 1964 and 1967, Wilt Chamberlain recorded 227 straight double-doubles. Chamberlain won two MVP awards during this time (1966 and 1967) while playing for the Philadelphia 76ers and cemented himself as one of the league’s most dominant forces. Consequently, Chamberlain also holds the second and third-longest streaks at 220 and 133.

The most modern-era (after the ABA/NBA merger in 1976) record goes to Kevin Love when he was filling up the stat sheets with the Minnesota Timberwolves. He recorded 53 straight during that time.

In 1997, an 18-year-old (18 years and 175 days to be exact) Tracy McGrady became the youngest to have a double-double with 10 points and 11 rebounds. While the stats weren’t out of this world, the fact that McGrady was only 18 gave fans a glimpse into the youngster’s potential as a basketball player.

NBA legend Dikembe Mutombo was 42 years old when he scored 10 points and grabbed 15 rebounds in 2009. Mutombo, a four-time NBA Defensive Player of the Year and Hall of Famer, showed a glimpse of his old self during that game in 2009, and it must have been a treat for basketball fans to witness him excelling on the court with a double-double one last time before retiring at the end of that season.

While a double-double isn’t as flashy as it’s counterpart, the triple-double, it is still an impressive feat to attain. Reaching double digits in any offensive stat besides points means that you have excelled in that category and if you are able to regularly earn those numbers, like the players we highlighted in the article, then you will be a valuable commodity for your team.

Have you ever recorded a double-double in a game? Or maybe even a triple-double? Hit us with the stat line in the comments below!