Duke Players in the NBA 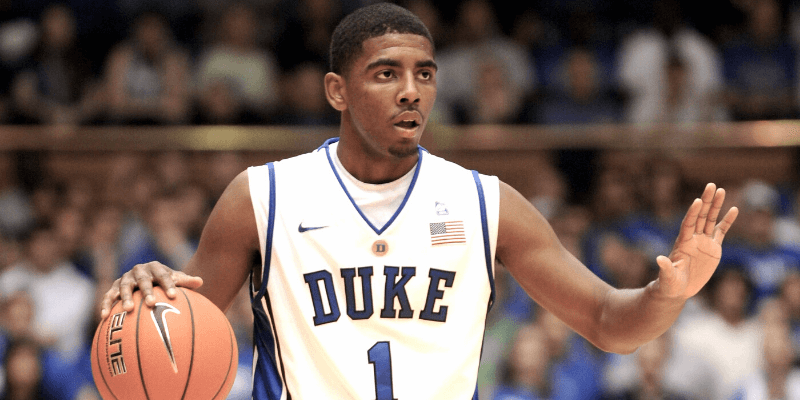 The Duke Bluedevils are one of the most polarizing college basketball programs in history. There are countless things Duke haters can point to as the ire of their hate for them. They are notorious for having easily unlikeable players, their fans are seen as out-of-state nerds jumping on the Duke bandwagon, and they are always the media darlings when it comes to praise. Famous sportscaster Dick Vitale likes to praise Duke even in games Duke isn’t even playing!

There is one thing lovers and haters of the program can’t argue, and that is the amount of success the Bluedevils have had in the past forty years. They have won 5 national championships (1991, 1992, 2001, 2010, and 2015), have appeared in sixteen Finals Fours, and 10 of their players have won National Player of the Year awards. To say that Duke is a successful program is an understatement.

Another aspect that Duke has succeeded in is how their players fare after their time as a Bluedevil and in the NBA. To date, Duke has had a whopping 83 players drafted into the NBA. That number is good for 4th all-time behind only Kentucky, UCLA, and North Carolina.

This article will dissect Duke’s list of NBA players and take a deeper look at the most notable ones from the list. If you are a Duke fan, let’s take a trip down memory lane. If you aren’t, you may want to turn back now.

Current Duke Players In the NBA

Kyrie’s Duke career could be measured in minutes or games rather than years. Irving only played in nine games for the Bluedevils before a serious ligament injury in his big toe sidelined him for the rest of his freshman year. Irving was stellar during his first eight games averaging 17 points and shooting better than 50% from the field. Many believed that he was on track to win NCAA Freshman of the Year before being injured.

After his injury, Irving decided to leave school and entered the 2011 NBA Draft where he was selected by the Cleveland Cavaliers. Irving’s early Cavs career was sandwiched between the years LeBron left and eventually returned in 2014. Any skeptics of Irving leaving early were quickly put in their place as Kyrie was unanimously selected as NBA Rookie of the Year.

After three successful individual years, LeBron James returned to the Cavs where along with Kyrie and the newly acquired Kevin Love, captured the 2016 NBA title. Kyrie played a huge part on that title team, hitting the go-ahead three-pointer in Game 7 against the Warriors. Irving had a less than ideal stint with the Celtics after leaving the Cavs and is now in his first year with the upstart Brooklyn Nets where he is averaging 26 points on 45% shooting and almost 7 assists.

JJ Redick entered his Duke career as a highly touted shooting guard and made an immediate impact during his freshman season, averaging 15 points on 40% shooting from behind the arc. His career-defining year, however, came during his senior season as he was touted as the nation’s best player.

Consequently, he was also one of the nation’s most hated and polarizing figures. Chalk it up to the Duke jersey he wore, or the fact that he was a great player that wasn’t afraid to mix it up with opponents, but Redick was infamously harassed during every away game he played. He ended up winning the Naismith Award for College Basketball’s Top Player his senior year and parlayed that into the NBA getting drafted 11th overall by the Orlando Magic.

Even though Redick played the star in college, he has always taken a back seat in the NBA to bigger stars. He has said numerous times that he managed his expectations coming out of college and has been happy playing a supporting role. He is also currently holding on to an almost unheard of streak of never missing the playoffs in his NBA career. Redick’s reputation has changed from hated to respected player all around the league and among fans.

Speaking of hated Duke players, Christian Laettner holds the record for “Most Hated” by a longshot. ESPN even made an entire documentary about it called “I Hate Christian Laettner.” His Duke career was like JJ Redick’s on steroids in all aspects. His college numbers are insane and he holds several NCAA records including career games won (21), games played (23), and points scored (407).

While at Duke he also went to the Final Four all four years winning two titles back-to-back in 1991 and 1992. His most famous moment in college occurred in the 1992 NCAA tournament when he hit the game-winning shot against Kentucky to go to the Final Four in one of the greatest college basketball games ever played.

While his college career was full of highlights, his pro career never quite lived up to the hype. It started on a high note when he was selected to play on the famous 1992 Dream Team in the Barcelona Olympics but even that came with some controversy as many thought Shaquille O’Neal should have been the college player selected for that team.

He did make the All-Rookie team in his first year and averaged double-figure points in the first eight years of his career, but nothing like his time at Duke where he won multiple All-American awards and a Naismith Award in 1992. Laettner may always be known more for his time at Duke than anywhere else and he was a huge what-if in Duke’s history of NBA players.

Duke in the NBA: Honorable Mention

While it would be impossible to cover all of Duke’s best players that made it to the NBA, here is a shorter Honorable Mention list that highlights some of Duke’s other stars both in college and the pros.

Where are you on the Duke fandom scale? Are you a hater, a lover, or someone who respects their success? Leave a comment below!