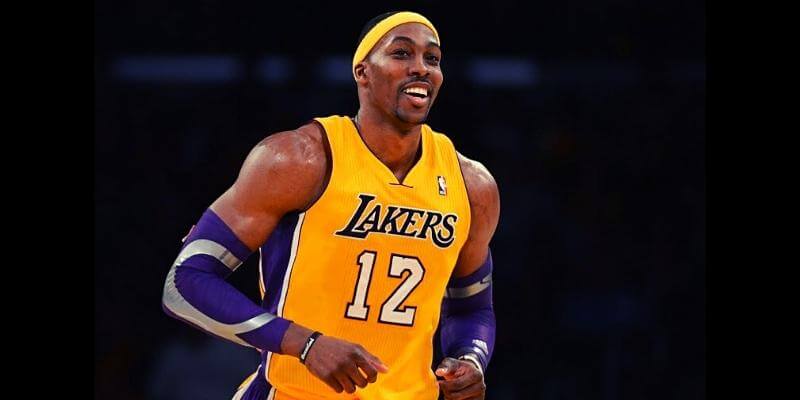 Being big is almost a requirement to play in the NBA. Just about everyone in the league has large dimensions, and they all have a lot of size too. Even so, the league has had a few players who go above and beyond even the largest big men.

To study one such example, the below sections go over Dwight Howard’s dimensions. Looking at the big man from an athletic standpoint reveals how much physicality matters in the NBA, and why Howard used his frame so much more effectively than similar bigs.

Few players have ever been as strong or as powerful as Howard. In his prime, he was a terrifying player who combined a lot of size with quick moves, strong rebounds, and an athletic frame. He could hold his own, power through opponents, and jump extremely high.

He was a unique blend of athleticism that the NBA has rarely seen, especially when compared to other centers who played in the 2000’s. He has a lot of size, but is extremely quick too.

Howard stands 6’10 and has a 7’5 wingspan. That’s an insane combination. Not only does he have the height to go up against every other big he faces, but his arms are extremely long when compared to the rest of his body.

For the most part, centers and forwards have arms that are close to their body length. They might have an extra inch (or three) but typically big discrepancies between height and wingspan are only present in guards or wings. That’s one of the reasons Howard’s prime was special.

Howard is tall and has an incredible reach. However, what truly made him a superstar was his weight. The center clocks in at 265 pounds, and all of it is muscle. That meant, not only did he have the speed and size needed to excel in the NBA, he had the raw strength as well.

His weight gave him an edge and enabled him to grow as the years went on. He started out big, and only got stronger with each season. Being able to muscle up alongside his long arms and sturdy height made him a true threat on both sides of the ball.

Being big is one thing, but knowing how to use that mass is something else entirely. Howard isn’t just huge, he’s huge in a way that perfectly complements his playstyle. Where some players only have a lot of mass, he’s big, tough, and quick at the same time.

Though he’s lost a step over the years, he still has enough power to play with the best of the best. That’s why he was a part of the Lakers championship team in 2020, and why his prime is one of the most impressive in league history.

Though his dimensions aren’t particularly impressive on their own, together they create a formidable package. It’s why he wasn’t afraid to defend other big men, and how he had the ability to score through just about anyone.

Even in the NBA, there’s always a bigger fish. Dwight Howard is one of the biggest and strongest players of all time, and he used that power to great effect. It wasn’t simply that he has a lot of strength, it’s that he has strength (and a frame) that nobody could ever match.