What Numbers Did Dwight Howard Wear? 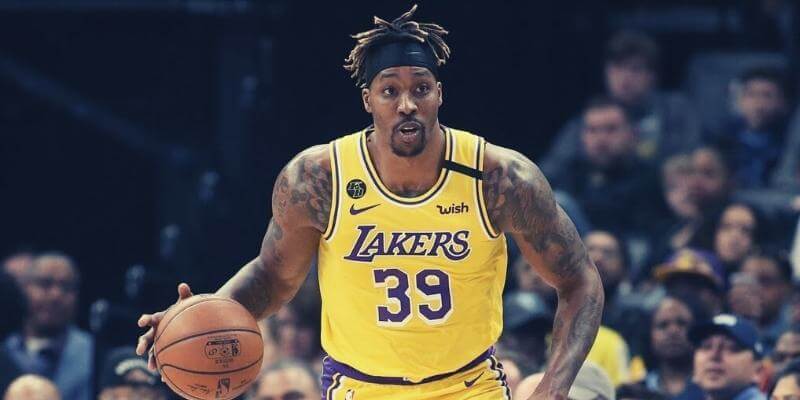 Players put a lot of stock into their numbers. Though the back of a jersey might seem like an afterthought, most have a deeper meaning. That’s especially true of long-time stars who wear the same thing for years and years.

This guide looks into that by covering the different numbers Dwight Howard wore throughout his career. He didn’t just change several times, he had a specific reason for each and every shift.

What’s In a Number

While jersey numbers might seem random, most players pick theirs for a very specific reason. They can be assigned haphazardly, but more often than not they steadily become a part of a player’s identity.

The reason for a specific number varies from person to person. Some players pick lucky numbers, some go with something that ties into their past, while others have stories behind their choice.

In that way, it becomes extremely personal over time, and it’s why most players stick with one number. However, as Howard shows, sometimes you have to mix it up.

Dwight Howard had a few nicknames over the years, but D-12 was one of his first. He got that moniker from the fact that, early on in his career, he always suited up with the number 12.

The reason we went with that choice was due to Tim Duncan. Duncan always rocked the number 21, and Dwight took inspiration from the all-time great. However, he didn’t want to be like the Spurs superstar. Rather, he sought a way to set his own path.

That’s why, when he got the choice, we went with the number that was the exact opposite of Duncan’s. Where Duncan wore 21, Howard simply flipped it around. It was an homage without being a direct copy.

Howard loved that idea. So much that he wore 12 for the better part of his career. He used it on the Magic, his first stint in LA, as well as when going to the Rockets. It wasn’t until he went to the Hawks in 2016 that he finally switched it up.

Howard left Houston on less-than-great terms. He wanted out of the city, and was looking for a change. To reflect that, he changed from the number 12 to the number 8.

The reason he went with that choice was that 8 has connections to new beginnings. In addition, Howard was his mom’s eighth attempt at pregnancy, and his birthday is December 8th. All of those meanings made the digit quite special to the center.

However, once he switched once, he did it a few more times. He went back to 12 when he moved to the Hornets in 2017, but changed over to 21 during his time with the Wizards the next season. That was a simple flip of his 12, and was another way to signify a new mentality.

After bouncing around, Howard finally settled on a more permanent number in 2019. Looking for a new start, he went with 39. As with the other options, he picked it because it has a direct connection to second chances.

Howard’s decision to go with 39 comes from the Bible. It’s a direct reference to Peter 3:9, a passage that refers to patience, and beginning anew. It ties into Howard’s faith as a person, and very well could be the last number he ever wears.

Overall, Howard has worn four numbers throughout his career. Each one has a personal connection to him in some way, and they all have deeper meanings in his life. That shows why jerseys matter so much to NBA players, and how numbers can go beyond the court.