How Many Teams Has Dwight Howard Played For? 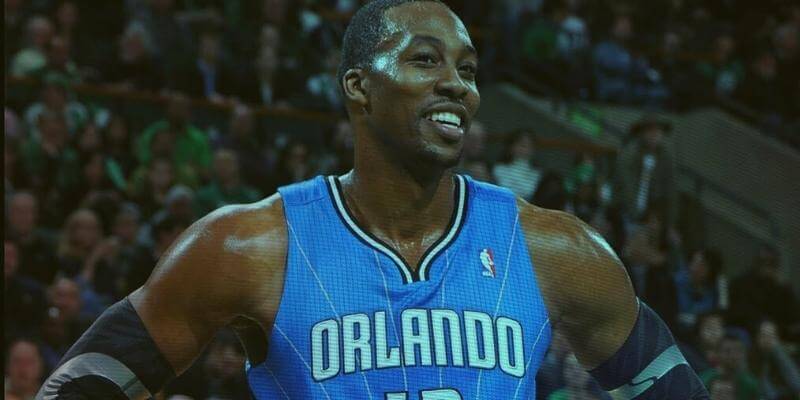 Most great players, even future hall of famers, play for multiple teams during their career. While they often have a main team for their prime, they tend to bounce around the NBA as they age. However, a few allstars move from team to team even when they’re putting up good numbers.

This article analyzes that trend by breaking down Dwight Howard’s career and looking at the numerous teams he’s played for over the years, specifically, 7 (Magic, Lakers, Rockets, Hawks, Hornets, Wizards, 76ers).

His numerous moves, as well as the reasons behind them, show that being good isn’t the only thing that matters.

Getting old happens to everyone, but it’s much more noticeable with athletes. While some greats are able to stick around the NBA for a decade or more, not all of those players are able to do it with the same team. In fact, most rarely do.

That’s because things get complicated as stars age. They might still be good enough to play in the NBA, but their salary or skills might not work for their organization anymore. There are still plenty of places they could play, but their main team needs to move on.

Howard was a perfect example of that. Though his name was once synonymous with Orlando, circumstances caused him to move around the league. He went from a one-team guy to a true journeyman in just a few years.

Good, but Not Enough

Howard spent his first eight seasons with the Magic. However, after failing to win a ring, he caused enough noise to get traded to the Lakers. He thought uniting with Kobe would get him a championship, but their collaboration ultimately ended after just one year.

He and Kobe never quite gelled, and the team couldn’t come together. They fought a lot, Howard was hard to play with, and rumors flew. After a single season, Howard was out of LA.

He then found himself on the Rockets, putting him on his third team in as many seasons. He vowed to be better at staying put in Houston, and for the most part, he did a good job.

His partnership with James Harden went much better than the L.A. experiment. They teamed up for several postseason runs and were often one of the strongest teams in the Western Conference. Even so, they were only together for three years before Dwight decided to move on.

Similar to his time with Los Angeles and Orlando, Howard’s time with the Rockets had a tumultuous end. He declined a contract extension and left the city on less than great terms. While other teams wanted him, his attitude began to wear on a lot of organizations.

Howard entered a stint of his career where he could only stay in a city for a single season. He bounced around the league, and quickly got a bad reputation.

He went from the Hawks, to the Hornets, to the Wizards, then back to the Lakers in four years. He then went to the 76ers for a single season before returning to LA for a third time. That’s his current team, and likely where he’ll retire.

All in all, he’s played for seven teams during his long NBA career. That’s more than most, especially for someone of his caliber.

Dwight Howard is one of the best known centers of all time. He saw a ton of success and will likely be a hall of famer one day. Even so, his volatile personality did him no favors. He’s bounced around quite a bit, especially for an allstar, but he’s always tried hard in every city.