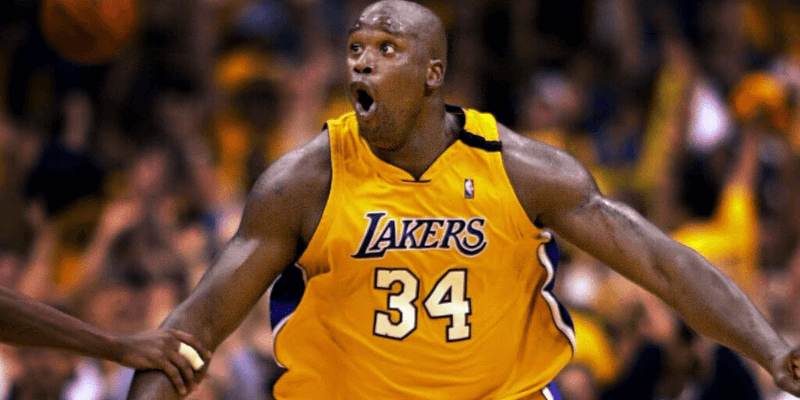 What is it about numbers in the game of basketball? Are they special or what?

Well, the truth is numbers in the NBA aren’t just numbers.

Numbers come in handy in the game because it eases nonverbal communication between referees and players.

But, that’s not all.

Some basketball players attach significance to the numbers they pick. Even though players like Kyrie Irving randomly picked number two when he got drafted, we can’t say the same for Dwayne Wade.

Dwayne Wayne doesn’t only attach importance to his number (3). Instead, he said, “A lot of people don’t sign with a team if they don’t get a particular jersey number.”

Why is this so?

Numbers could be a deal-breaker. Most people associate basketball players with their numbers, not names.

Do you get the picture?

Interestingly, a combination of digits has emerged as the most successful in NBA history.

No doubt, some numbers are more successful than others. But, we are focusing on one of the most successful numbers that most famous basketball players wore—34.

Which of the famous basketball players wore the number 34? Stick around. You’ll find out.

Here’s a list of seven famous basketball players with the lucky number 34:

Clyde initiated the trend of tall, physical, and high-scoring centers. In 1952, the six-foot-nine player led Jayhawks to the 1952 NCAA title while he was at the university. In the process, he got two things: MVP honors and an NCAA record of 141 points.

Lovellette also led the Big Seven in scoring in each of his three seasons. He achieved so much in basketball including being the only college player that led the nation in scoring and winning the NCAA title that same year.

Clyde became one of the first big men at Pro level to move outside and use the one-handed set shot. That increased his shooting range and offensive repertoire. In his 704 NBA games with Royals, Lakers, Hawks, and Celtics, Lovellette played with the number 34. He also scored 11,947 points and snatched 6,663 rebounds.

In summary, Clyde was an integral component of championships in Boston and Minneapolis.

Wayne featured in the NBA All-Star game for five consecutive seasons. While he was nailing his game on the court, he bagged the NBA Championship with the Celtics in 1968. Originally St. Louis Hawks, drafted Embry in 1958.

The Hawks traded him to the Cincinnati Royals—which was close to home where he wore the number 34 jersey.

It wasn’t a surprise that the powerful six-foot-eight and 240 pounds player became the team captain of the Royals in 1963—because he had the second-best result in the NBA. Wayne stood out on the court for his remarkable pick and roll play with NBA All-Stars, Robertson.

Shaq started his basketball career wearing 32. For some reason, Shaq switched to 34. But he went back to the 32 jersey number. As time went on, he moved to 33 and 36 in his twilight years.

At the time he signed with LA Lakers, both Kareem Abdul-Jabbar (33) and Magic Johnson (32) retired. Also, LA Lakers traded George Lynch (34) to the Vancouver Grizzlies—so, he had three options, but O’Neal went for 34.

Once again, LA Lakers traded Shaq to the heat, and he had two options: 34 and 32. And he went for his original number—32.

The period that Magic Johnson announced his sudden retirement due to HIV, Charles decided to do something. Charles proceeded to change his jersey number from his previous 34 to 32. He did this to honor Magic Johnson.

In the offseason, Barley’s team traded him to the Phoenix Suns. Unfortunately, Negele Knight had 32 already. As a result, Barkley switched back to 34, before he finished his career in Houston with number 4.

Ray entered the league with his college number—34 for the Milwaukee Buck. Luckily, the number was available, and he held on to it with the Seattle SuperSonics. But, when Seattle traded Ray to the Boston Celtics, Paul Pierce had 34. So, he had to switch to 20.

After a while, Allen signed with the heat. Two numbers were available: 20 and 34. Which of them do you think he picked? Of course! The legendary 34—his original number.

Paul Pierce is more like a legend in the number 34 zone because he wore it since his days at Inglewood High School—which was his rookie season.

Who knows? Maybe if his career continues to sail on the path it’s headed—Paul may likely be the last to wear the number in Boston Celtics.

Houston Rockets drafted Hakeem in 1984. In his rookie year, he averaged 11.9 rebounds, 20.6 points, and 2.7 blocks per game. It was an excellent performance. But, it wasn’t fantastic enough to earn him rookie of the year because Michael Jordan grabbed the award.

When Michael retired, the Rockets took advantage of his absence and won two titles. And Hakeem earned Finals MVP for both seasons. Sadly, that was the last the Rockets had a title—as Jordan returned. In 2001, the Rockets traded Olajuwon to the Toronto Raptors. The Raptors didn’t make playoffs—which was disappointing for Hakeem.

Regardless of how things went wrong at the end, Hakeem achieved great feats in his number 34 jersey.

Did you enjoy going through the great number 34 journey? Well, you should bear in mind that it wasn’t 34—the number that did the whole magic. But, the players brought the numbers to limelight with tenacity and hard work.

Did we leave out your favorite number 34 players on this list? Which of the players caught your attention? Feel free to use the comment session.