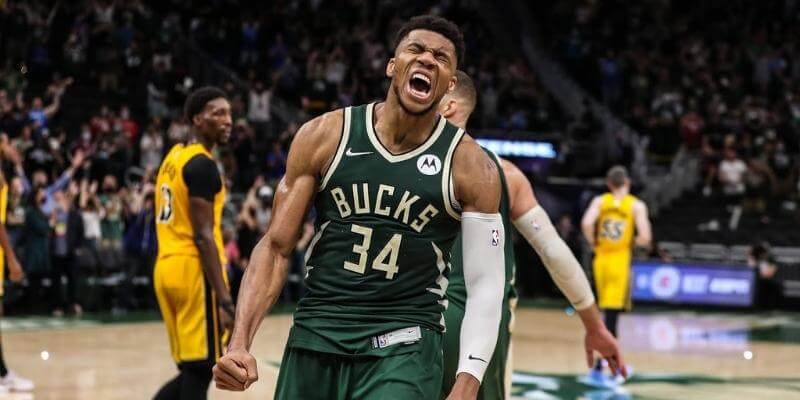 NBA players are typically quite outspoken. They’re used to being in the public spotlight, don’t mind extra attention, and continuously find themselves in interviews or other high-stakes media engagements. Giannis Antetokounmpo is the exception to that rule.

The crafty center is an incredible player who likes to keep to himself. He’s humble and doesn’t crave the camera. Still, he does speak up from time to time. This guide will cover some of those instances by looking at his most famous quotes and analyzing their context.

1. “Before I leave this Earth, I’m going to help people have a better future.”

Giannis, as mentioned, is incredibly humble. He loves playing in the NBA, but also understands that he has certain gifts. Rather than having a big ego, he uses his position to reach out and help others. He’s big into charity and wants to raise everyone up around him.

2. “I see myself as a student, trying to learn everything”

One of the things that makes Giannis so special is his ability to adapt. He’s only improved with each year he’s been in the league, and his desire to learn is a big reason why. To be great, you can’t settle for good enough. You have to stove for more.

Every professional athlete knows they have to forget about mistakes and only move forward. That applies to the NBA, and it applies to life. Giannis is not someone to dwell on missed shots or bad passes. His eyes are always straight ahead.

Anything in life worth having takes hard work. Nobody knows that better than NBA players. Giannis put in a ton of work to become an NBA champion and back-to-back MVP. Still, he’s not done. He wants more rings and will do whatever he can to make that a reality.

This is another quote that perfectly encapsulates Giannis’ incredible work ethic. He’s never been one to rest on his laurels, which is why he just keeps getting better and better. Where many players would have been content being a big man, he improved his dribbling and shooting too.

6. “You can just never forget where you came from.”

Giannis is an immigrant from a poor family who rose up the ranks to become one of the most talented athletes on Earth. Even so, he doesn’t let it get to his head. He loves his family and, as shown by the quote, always remembers where it all started.

7. “If I can’t score, I do whatever I can to support my teammates.”

All of the best NBA stars aren’t just great on their own, they make everyone around them better. Giannis will always put up great stats, but those are meaningless if he doesn’t win games. He understands that, and always tries to build a stable supporting cast.

Another solid philosophical quote, this one pertains to doing your best with the hand you’re dealt. Giannis hasn’t always been on the best team, and there was a time where his future with the Bucks was uncertain. Rather than complain, he made the best of every situation.

There are many qualities that make Giannis amazing, but one of the biggest is his strong will. He never backs down from a challenge and readily takes on anyone in his way. Mental fortitude is incredibly important in the NBA. He has tons of it.

No quote better shows who Giannis is than this one. He’s not trying to be an NBA superstar, nor is he trying to build a brand. He’s just a normal person who goes with the flow, helps the less needy, and enjoys his life playing a game that he absolutely loves.

It’s always difficult to really ever know a pro athlete, especially ones that keep quiet. Being an NBA star doesn’t mean you need to interact with the public. Giannis shows that. He just tries to keep to himself and stay humble.

Giannis has spent most of his life doing his own thing, and he enjoys living that way. Still, as the above quotes show, he will speak his mind or share wisdom from time to time.